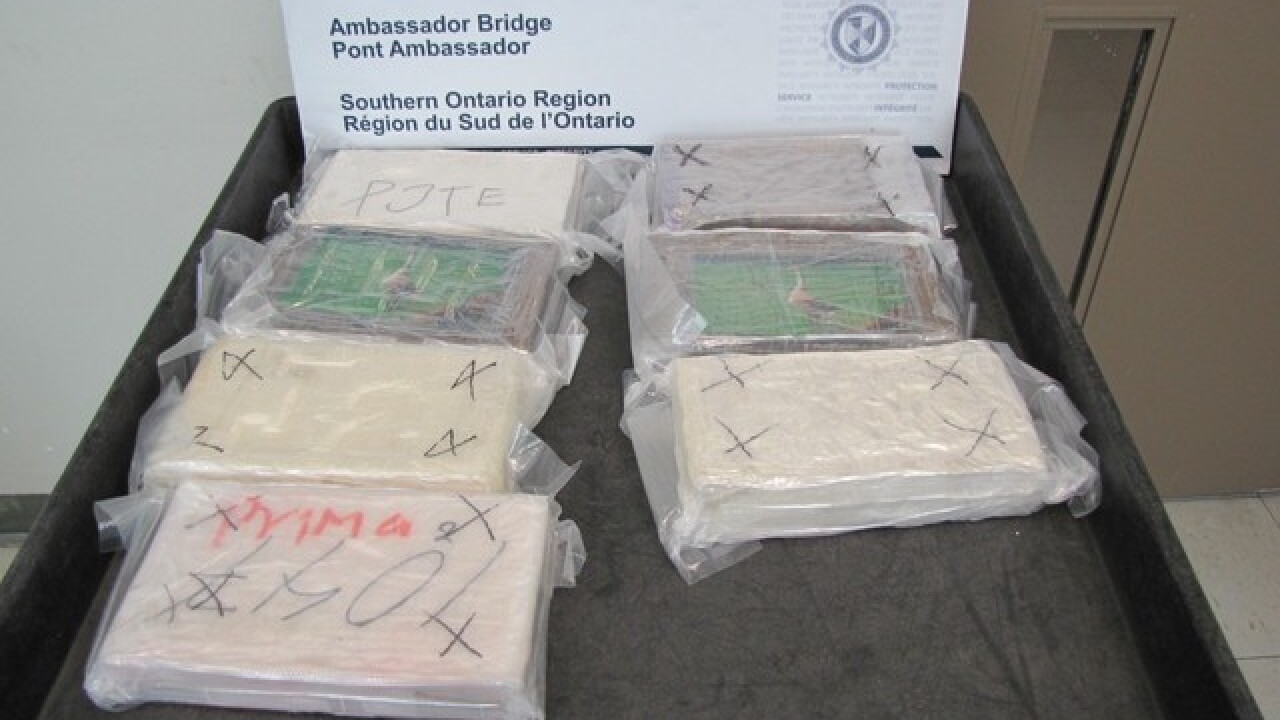 An Ontario resident was arrested at the Ambassador Bridge last week after attempting to smuggle eight kilograms of suspected cocaine into Canada, the Canada Border Services Agency said.

According to the CBSA, the vehicle with two Windsor residents, a man and his son, declared themselves absent for the day visiting family in Michigan. They were referred for secondary examination at the border.

During the examination, agents found seven bricks of what they believe is cocaine, weighing about eight kilograms. They were in the engine compartment of the vehicle. The driver was arrested and bricks were seized.

According to the CBSA, there have been over 136 kilograms of suspected cocaine seized over the past year.