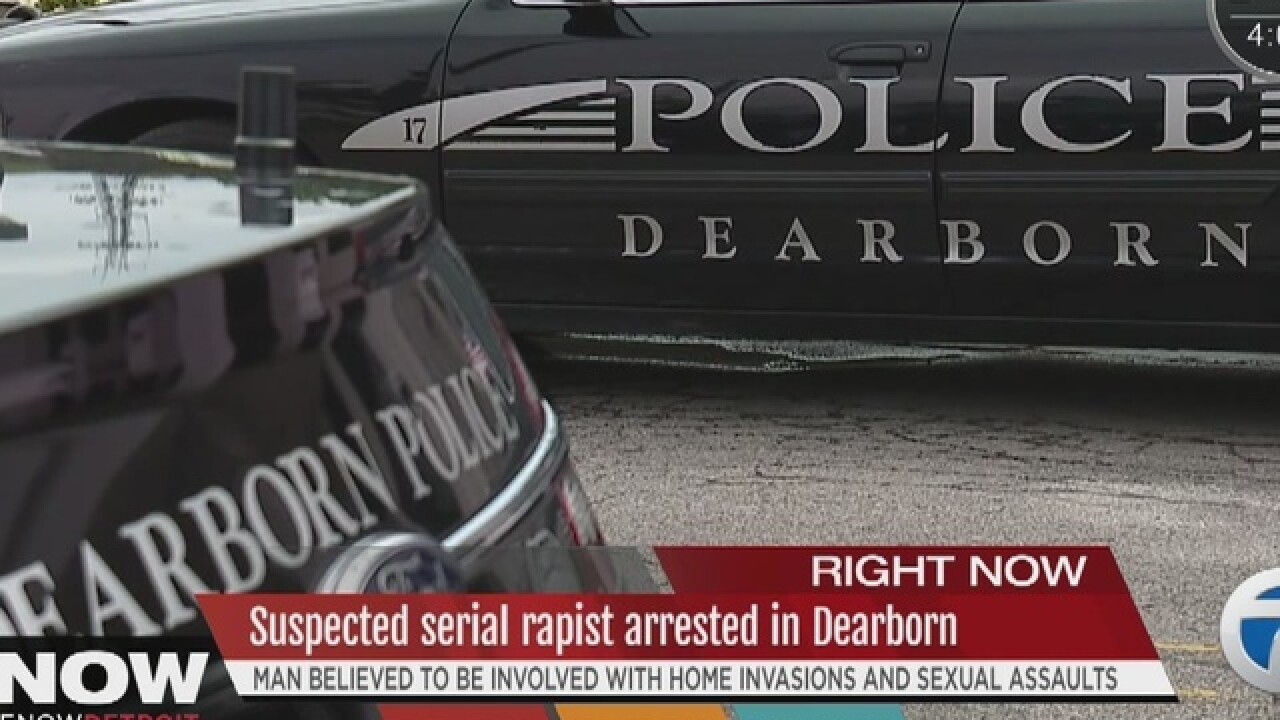 A man suspected in a number of home invasions and sexual assaults has been arrested, according to Dearborn Police.

The suspect is accused in a number of sexual assaults throughout metro Detroit. Sources say he is a 32-year-old man from Redford. Sources also say that he was arrested by Dearborn police, but not in Dearborn.

The incidents date back to 2011, according to police.

Action News spoke with a Garden City woman who was a rape victim in November of 2015.

We are not identifying her, but she says she was asleep when her attacker got in the house through a window and raped her. The woman's husband and 3 kids were nearby in other rooms.

Thursday afternoon, she got a call from a detective saying they'd made an arrest.

"It makes you feel at peace that he is finally caught," she says. "From what I understand, there's a DNA match to 7 of us."

In spite of that horrific night, she says her faith gives her strength.

She has this message for her attacker. "I want him to know, I forgive you. I hope you find some help .. talk to someone .. don't hold on to it."

Michigan State Police, the FBI, Livonia Police Department and a number of police agencies participated in the investigation.

Charges are expected at the end of the week.

"The arrest of this suspect will hopefully provide closure to our victims and it is important to note that all members of this Task Force have expended an enormous amount of resources and energy into this investigation. This collaborative effort along with citizen cooperation has resulted in a dangerous predator being taken off the streets," said Dearborn Police Chief Ronald Haddad.