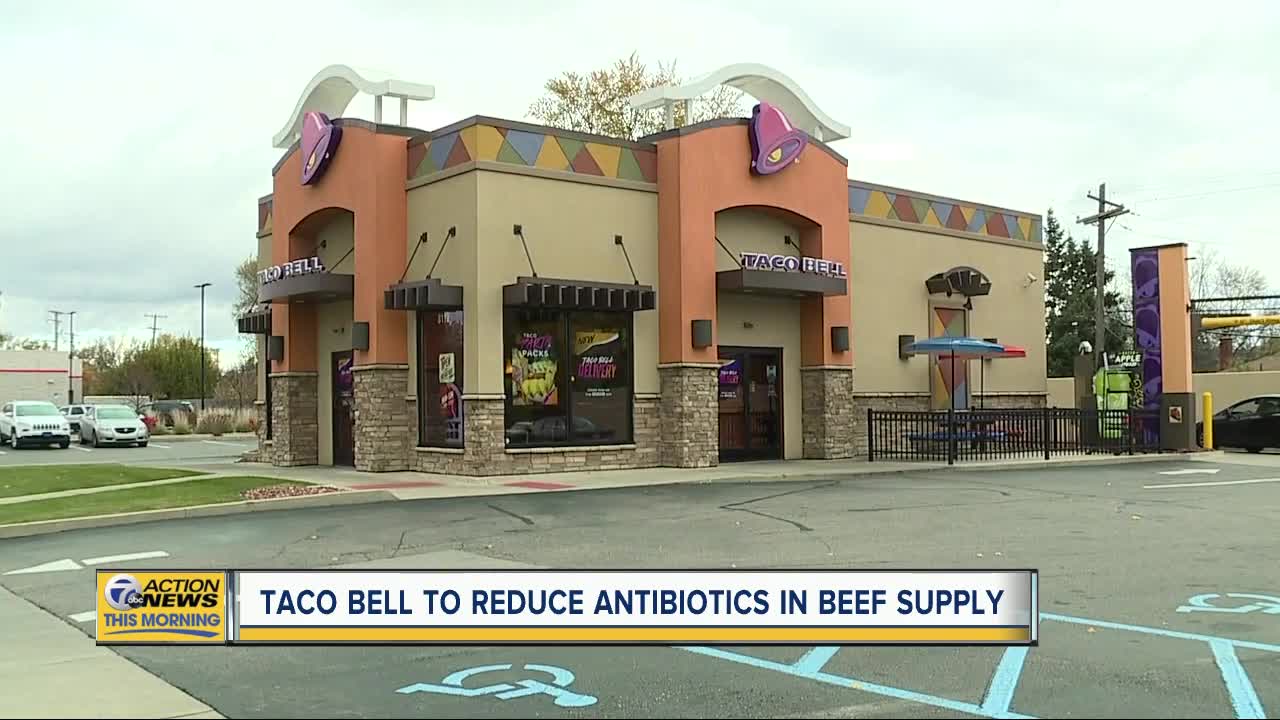 (WXYZ) — Taco bell is changing up its meat – the fast food chain says it plans to reduce the antibiotics in its beef.

The plan is to reduce antibiotics – specifically those important to human health – by 25 percent by 2025.

Taco Bell was able to eliminate similar antibiotics in its chicken supply two years ago.

According to the World Health Organization, overusing antibiotics in animals can lead to antibiotic-resistant bacteria that pose risks to human life.