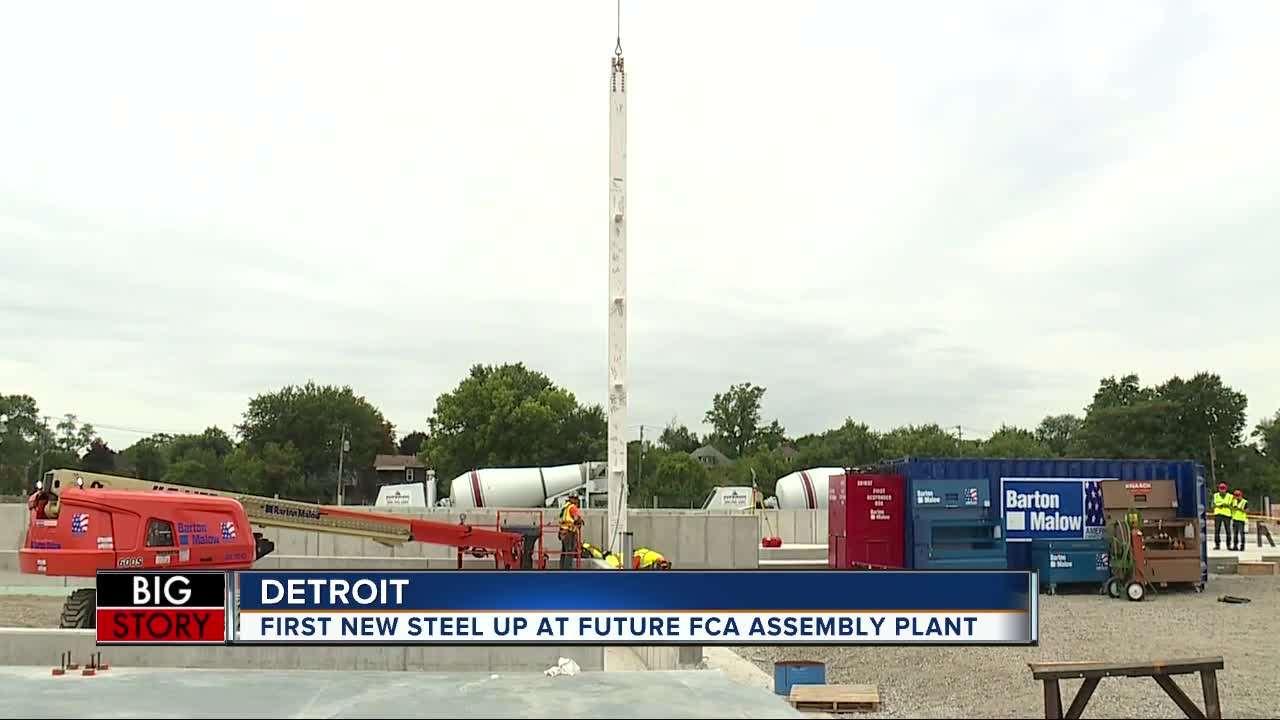 The first new steel has gone up at the future Fiat Chrysler Mack Avenue plant in Detroit. The multi-million dollar project promises to have new cars rolling off the assembly line by the end of 2020. 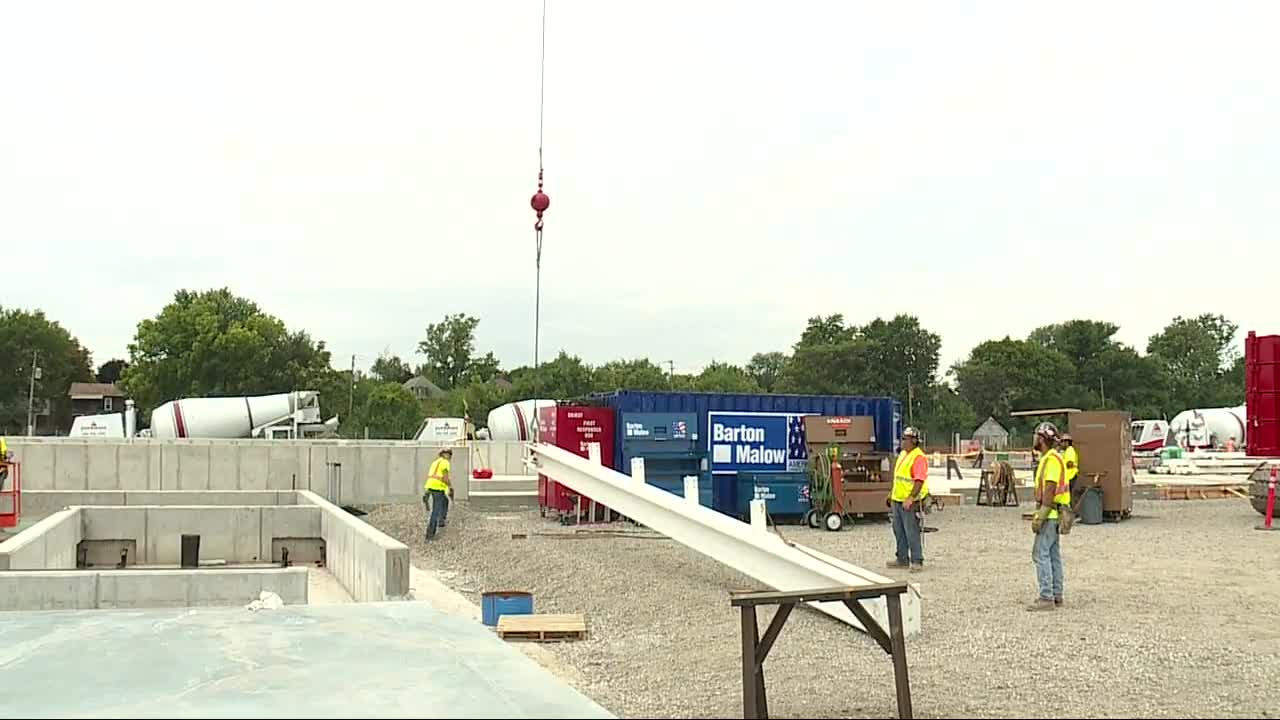 DETROIT (WXYZ) — The first new steel has gone up at the future Fiat Chrysler Mack Avenue plant in Detroit. The multi-million dollar project promises to have new cars rolling off the assembly line by the end of 2020.

FCA says the plant will feature the latest and greatest everything, ranging from construction to the environment. So far, crews have removed 95 percent of the equipment from the old plant that they're overhauling.

"This is a big accomplishment – not just for the city, but for our members, local 25 – we haven't had a job like this on this scale in the city for a long time," Anthony Ramos said. He's with the Local Union No. 25 Steelworkers.

There are more than 600 people working on Mack I and Mack II. There are sound walls going up, hopefully blocking noise from the neighbors butted against the site. Welders are inside as they overhaul the old plant after assembly lines halted back in June. Outside, they put up the first steel beam on the new construction site.

That beam was complete with the signatures o every man and woman on the job – a tradition that dates back decades. It's coincidentally the last time the city of Detroit saw a job like this.

History made: the first steel beam goes up at the @FiatChrysler_NA Mack Avenue plant — 600+ workers are taking part on this site. Spoke with some iron workers, it’s a big deal to see a job like this in #Detroit. Story at 5p on @wxyzdetroit. pic.twitter.com/2gGfoIewAl

Everyone is working around the clock to get the job up and ready to go. When it's done, it will dwarf the Jefferson North plant, all while putting out less emissions and wastewater than the older plants, FCA said.

As of Tuesday, Aug. 13, there have been nearly 240,000 man hours put into the plant. There are 590 first-shift workers and 85 second-shift workers, with 171 acres of construction happening.

"We're working really hard to get this plant up and running and bringing new jobs to the area. We're focused on that," Senior Project Manager Eric Goedtel said.

In all, they say 3 million square feet of concrete will be poured, equivalent to 53 football fields

Look closely, you can see the names of the workers — a tradition. One worker overheard saying: “one down, 300 or so to go.” It’s been nearly 30 years since we’ve seen something like this. pic.twitter.com/JUztotdjXx