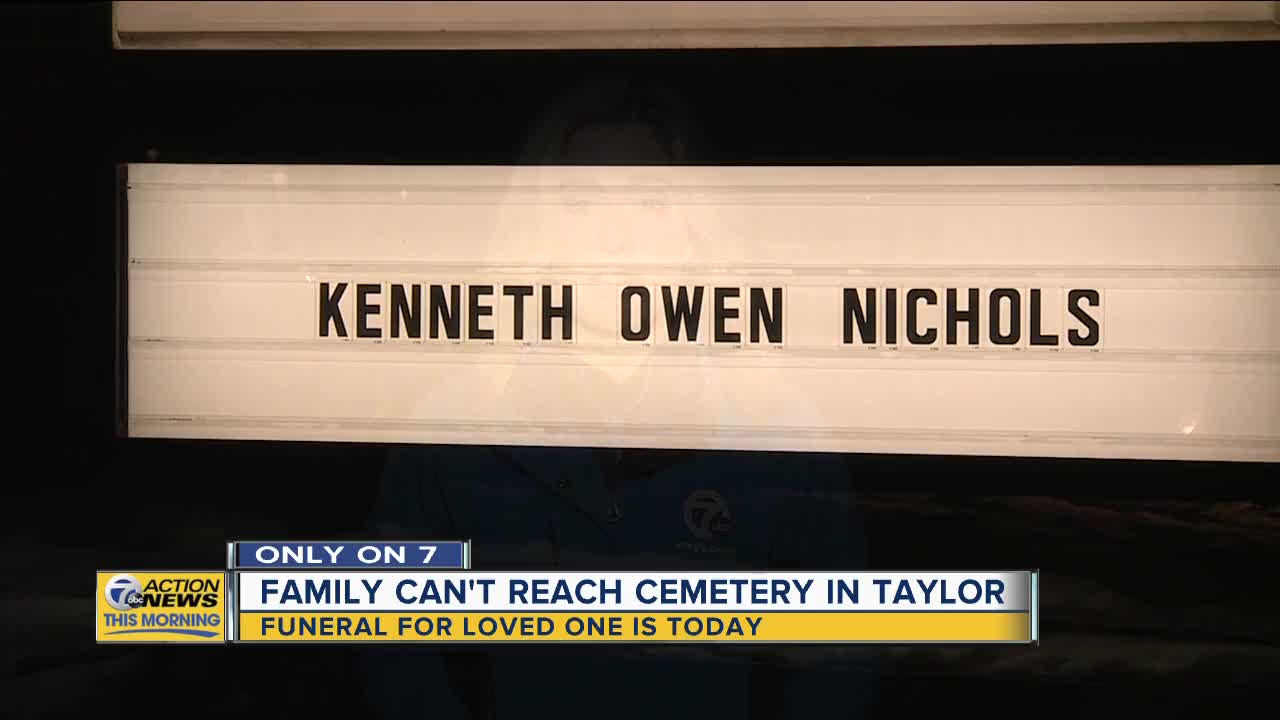 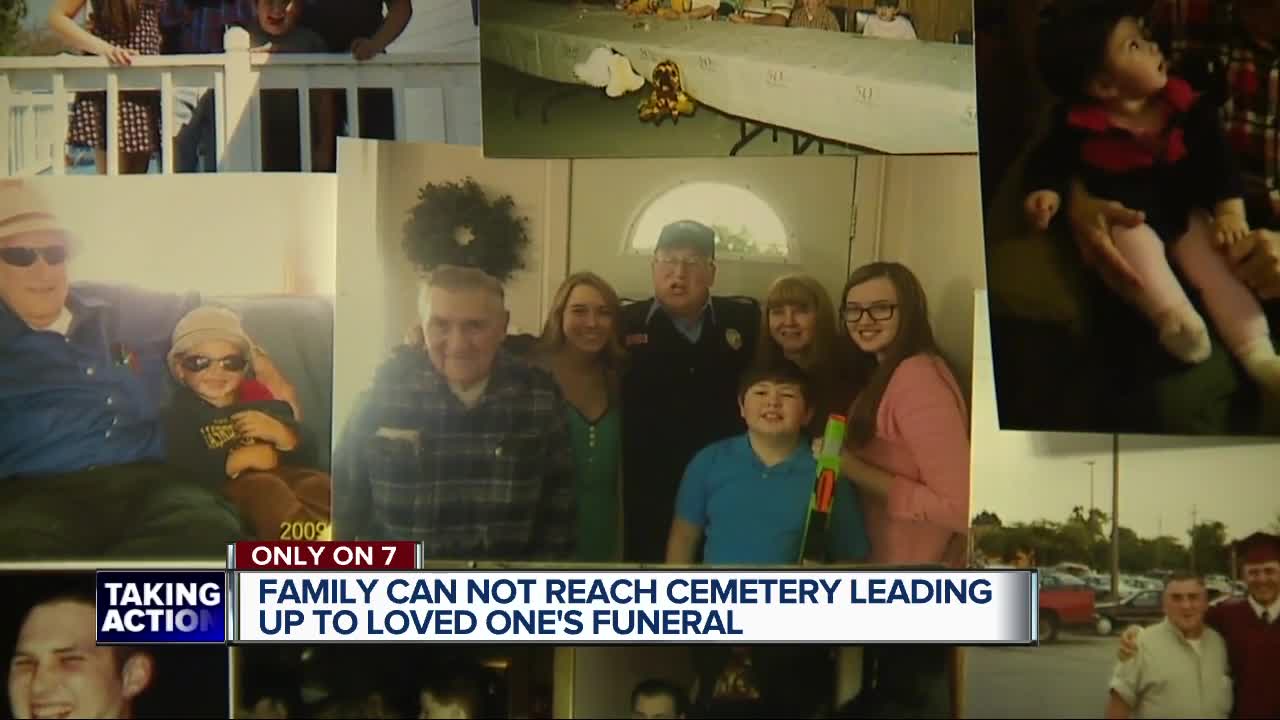 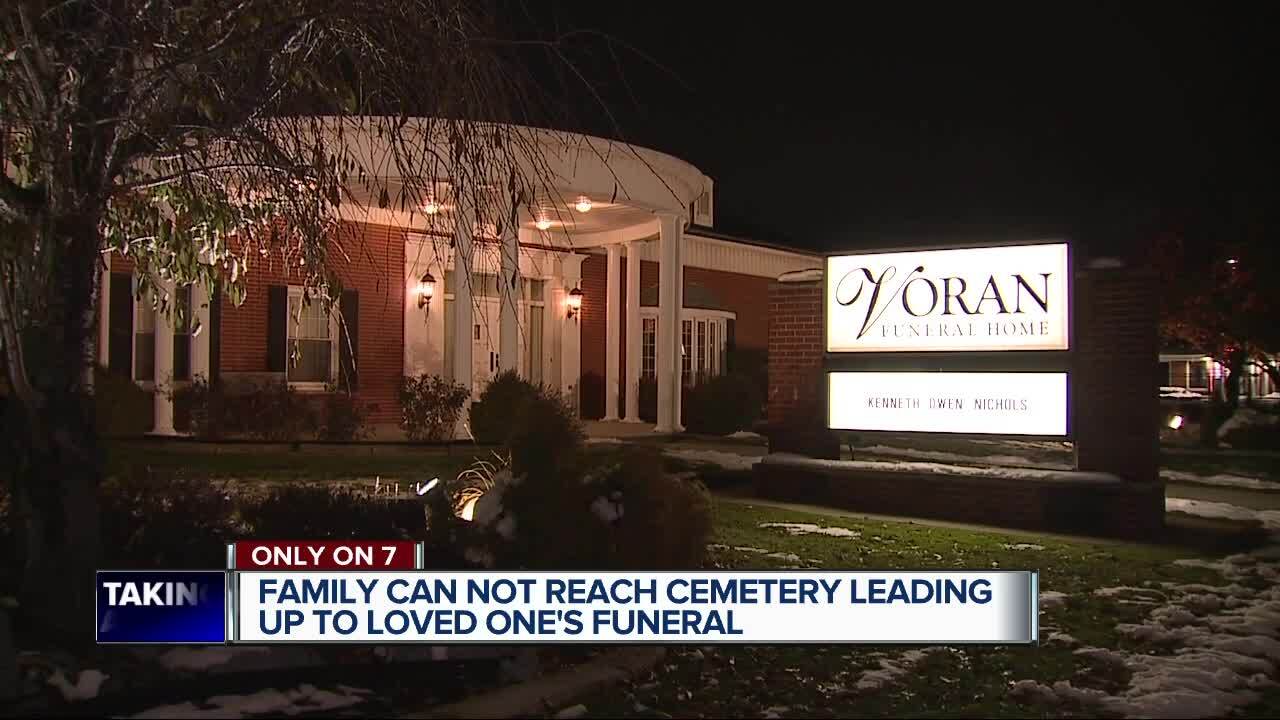 Update: After our story, we're told Kenneth Nichols is at the cemetery he planned to be at.

Original story below
–––––
Brenda Pheyl and her family were devastated on Wednesday when they lost their father, Kenneth Nichols, to cancer.

"He was a kind and caring, loving father, grandfather," Pheyl said of her dad, who was from Taylor.

Now the family just wants to lay Nichols to rest the way he always wanted; his burial plans were in place well before his death. As is common, the family worked with their selected funeral home and cemetery ahead of time.

Nichols was supposed to be buried next to his wife, Rose, at the West Mound Cemetery on Eureka Road.

“It’s where most of our family is. And he wanted to be there next to my mother," Pheyl said, noting her dad's headstone is ready for placement.

A grieving family in #Taylor just wants to lay their father to rest. The only problem -- the cemetery he'd made plans to be buried at years ago is not responding to the family or the funeral home. Now, they don't know where he'll go. TONIGHT #OnlyOn7 @tv20detroit @wxyzdetroit pic.twitter.com/fORFpmPpwJ

The only problem? No one from Nichols' family or the Voran Funeral Home, where his services will be held, can get in touch with the West Mound Cemetery.

In a statement to 7 Action News, Voran's Funeral Director John O'Connor said, "I called one of our local funeral homes to see if they by chance had a different number than what we had, they had the same contact information as we did. Both Saturday and Sunday morning I stopped by the cemetery at 8:00 a.m. to see if I could possibly run into to someone opening the gates for the day but no one was there either day. On Saturday evening I stopped on the way home to see if I could catch someone locking the gates no one ever showed up."

7 Action News also reached out to the cemetery, and could not get through to anyone.

The West Mound Cemetery has a profile on Google that shows it's an active business. However, when we visited the website link we were directed to the City of Taylor's homepage.

"Where is he going? We need answers from the cemetery," Pheyl said.

The Voran Funeral Home said it will not charge the family a fee to keep Nichols there for the time being. His funeral service is scheduled for Monday morning, and a portion of that service is supposed to take place at West Mound Cemetery.

The only place his family wants him to go from the funeral home, is where he'd planned to go all along.

"It’s just made us all distraught over it," Pheyl said.

If the family doesn't hear back from West Mound Cemetery by Monday morning, they plan on taking legal action.