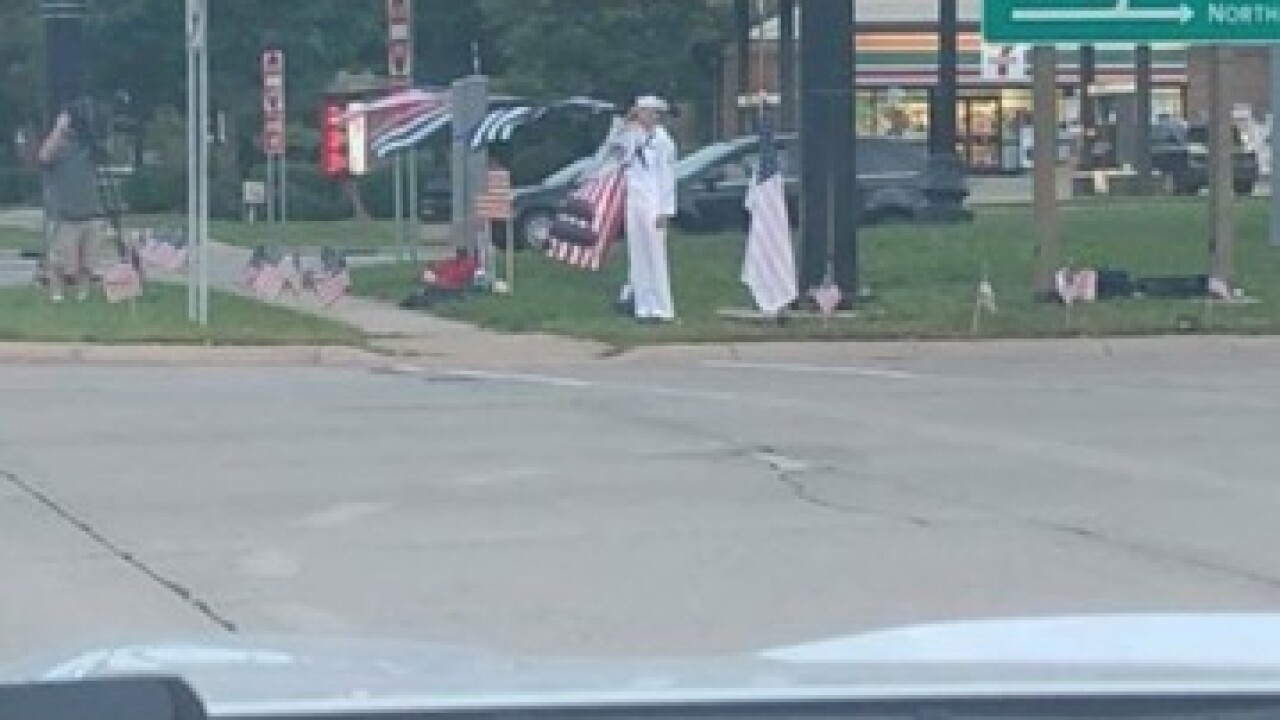 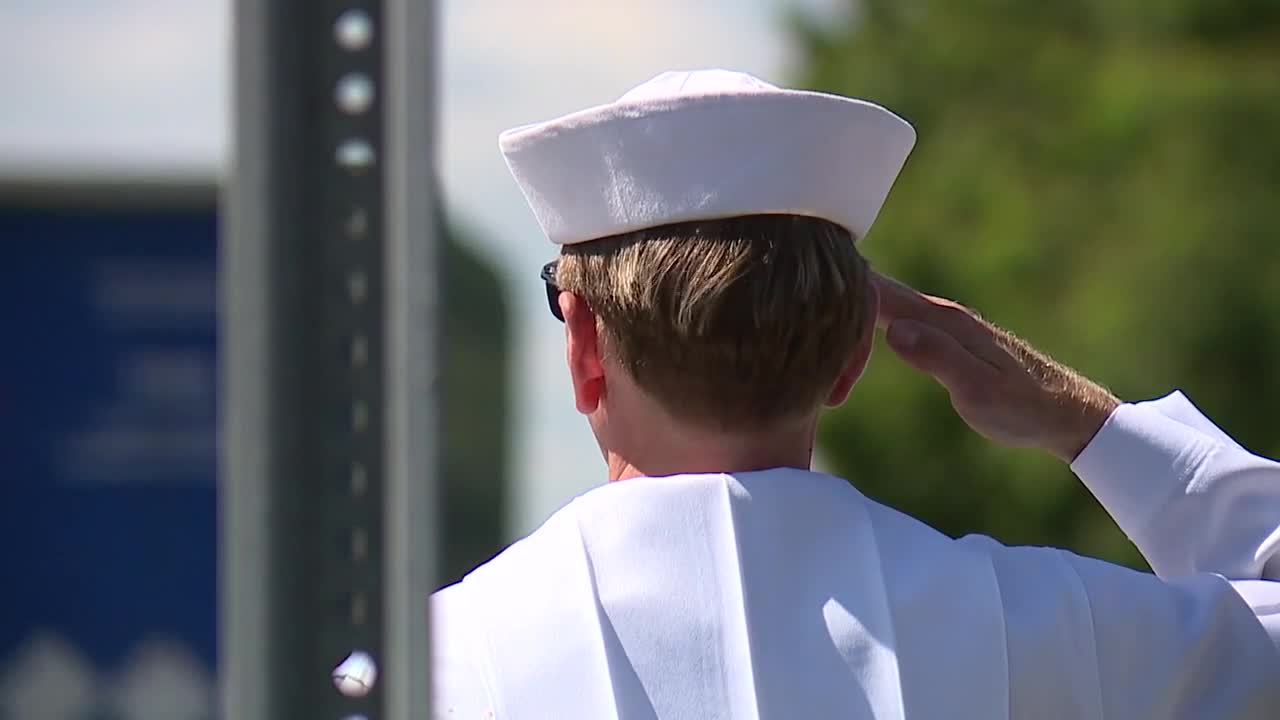 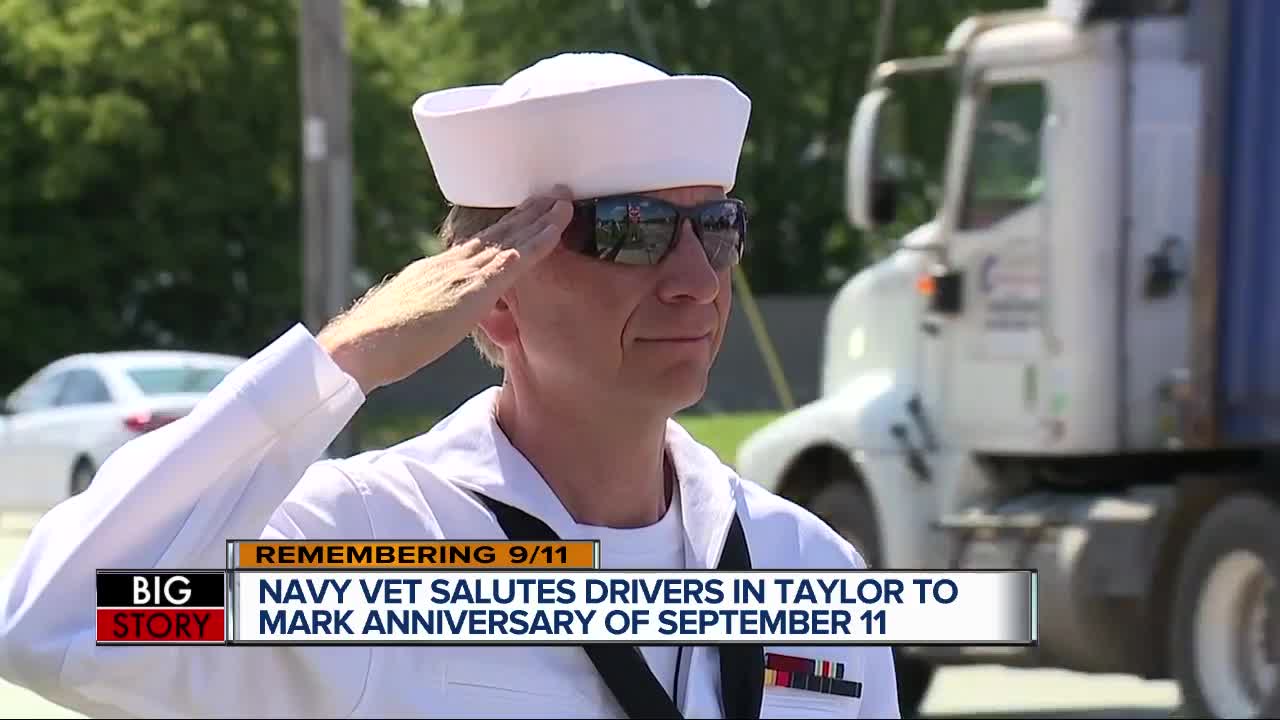 There have been several events to remember those lost in the attacks on September 11th.

One Navy veteran spent the day honoring the victims in his own way.

He setup a memorial on Telegraph and Eureka in Taylor and saluted traffic.

John Heidenreich explained,“I’m out here today to show respect and honor for the families and victims and first responders that we all lost on September 11th.”

Heidenreich is getting positive feedback as he salutes and drivers honk.

“I wanted to do something positive so I thought why not salute.”

He’s usually out there on Veterans Day but decided to do this on 9/11, from sunrise to sunset.

“Just a Navy veteran, trying to support our military and first responders. It’s a true blessing that people appreciate that,” he explained. “I’m out here as long as I can to show respect and honor.”

The veteran setup cardboard twin towers, saluting gnomes, several little flags and a few larger ones, including a fire department flag, which is a black and white flag with a red stripe, a police department flag, two 9/11 flags, and a heros’ USA flag over here.

“Reactions have been incredible,” he explained. “I’ve met over two dozen people that have come by, shook my hand, gave me a hug.”

James Davis stopped by to say thank you.

“It kind of made me feel good to hear about this and see this. I wanted to come out, shake his hand and thank him,” Davis explained.

Heidenreich has this one request.

“Ask that everybody can say a prayer for the families that were affected by 9/11.”