Teachers in metro Detroit are taking up second jobs this summer 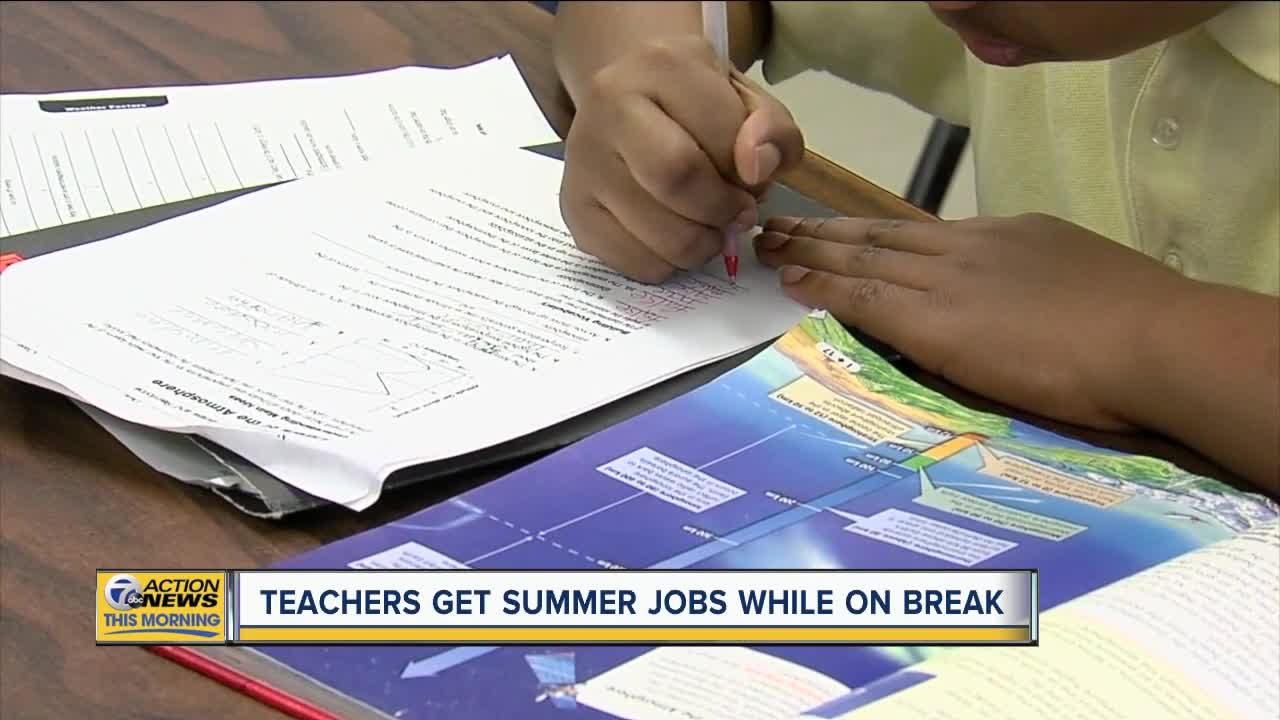 While students are getting ready to enjoy a good chunk of time off during the summer, their teachers are clocking in and starting to take up their second job.

(WXYZ) — While students are getting ready to enjoy a good chunk of time off during the summer, their teachers are clocking in and starting to take up their second job.

Brown is a fifth grade teacher, working for West Utica Elementary School for the last seven years. For the last five years, he has worked for Lake St. Clair Metro-Park as part of the maintenance department. He says when he’s spotted by parents and students, it can come as a surprise to them.

“A lot of them have actually seen me here and been shocked when they see their teacher driving a garbage truck or a golf cart holding the weed-whacker,” said Brown.

For Brown, it's all about making a little extra cash, but for Kara Strong, it’s about supplementing her income. She works in catering for Party Maids in Macomb during the summer.

“My time is very valuable, so taking and having to fill with another job is taking away from my kids and my time with my family,” said Strong.

Strong is a sixth grade teacher at Schwarzkoff Elementary School in Sterling Heights, part of the Utica school system.

“Over time, just with the inflation and cost of bills and things like that, I needed extra income to do things for my children and for my family,” said Strong.

President of the Detroit Federation of Teachers Terrence Martin says he suspects most of the union members he represents have second jobs. He says there is one main reason for teachers taking up more work.

“Low wages, folks having to make up for lost wages that they’ve had as, you know, we took a ten percent pay cut over ten years ago and we are just now getting back to the wages that we made ten years ago,” said Martin.

Martin encourages parents to advocate for teachers at their children’s schools and on a national level.