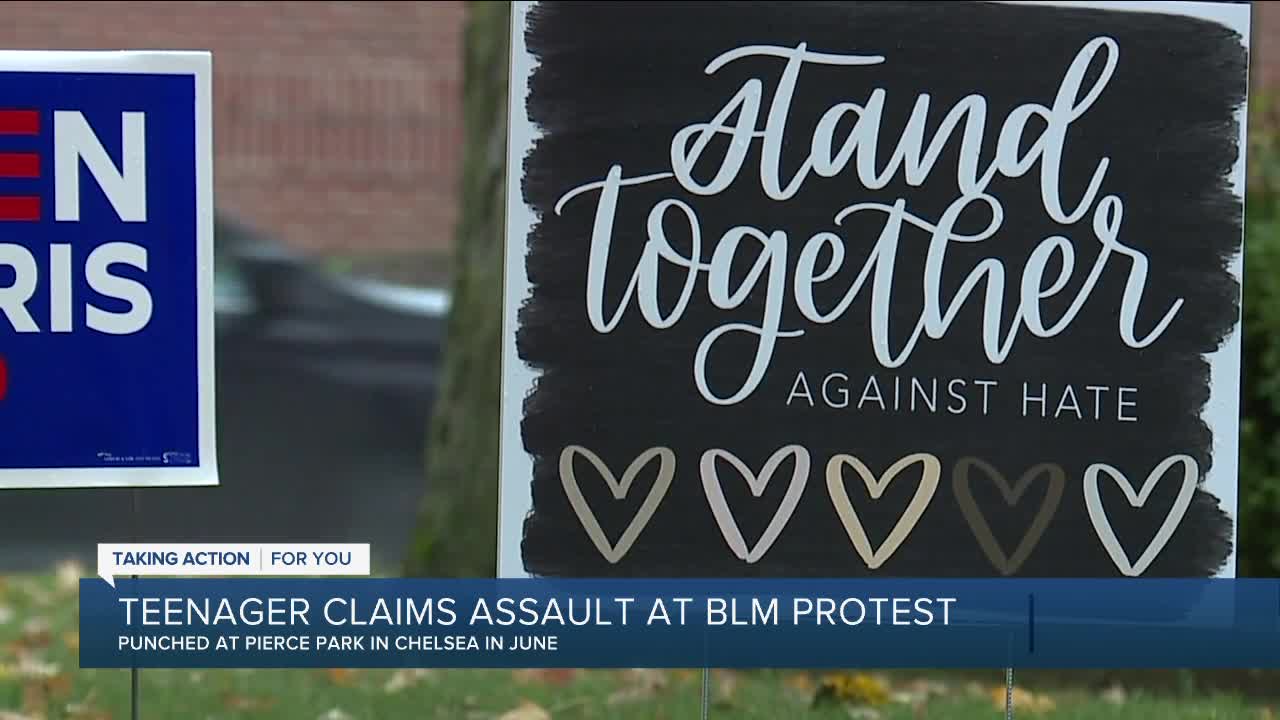 A Chelsea teen claims that after being assaulted at a Black Lives Matters protest back in June, that local police provided no help on the scene or later when she filed a police report. 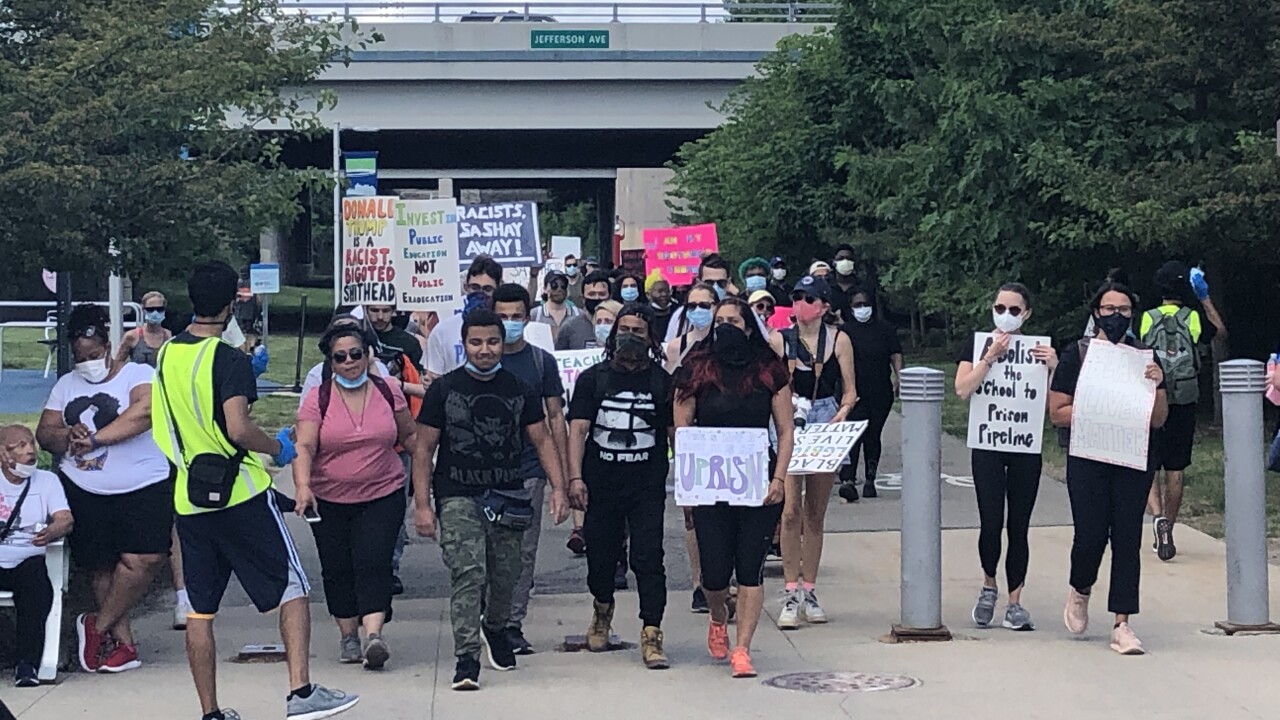 CHELSEA (WXYZ) — A Chelsea teen claims that after being assaulted at a Black Lives Matters protest back in June, that local police provided no help on the scene or later when she filed a police report.

Additionally, the teen says the Chelsea Police Department later mailed her a ticket for allegedly impeding traffic during the protest. Now the girl and her attorney are requesting that those charges be dropped.

Mya King, 16, said that after she was assaulted by a counter-protester on June 20 while trying to defuse an incident between the counter-protester and a group of middle school children. When Chelsea police arrived on the scene, King said they did not address her injuries, take her statement or arrest the adult involved.

King went into the police station the next day to formally file a police report, It was later discovered that the the officer who interviewed her, Officer Rick Cornell, had "racist tropes and jokes" written on his Facebook page, and was placed on administrative leave.

Following those incidents, King received a ticket in the mail from Chelsea police for allegedly impeding traffic during a march on July 31.

The University of Michigan's Civil Rights Litigation Initiative is asking the City of Chelsea to drop the charges completely.

“Police departments across the country and across Washtenaw County have not only allowed peaceful Black Lives Matter protesters to march in the street, but they have also have directed traffic away from the demonstrations. However, rather than honor Mya and her friends for standing up for what is right, the City of Chelsea has treated Mya horribly,” a statement reads.