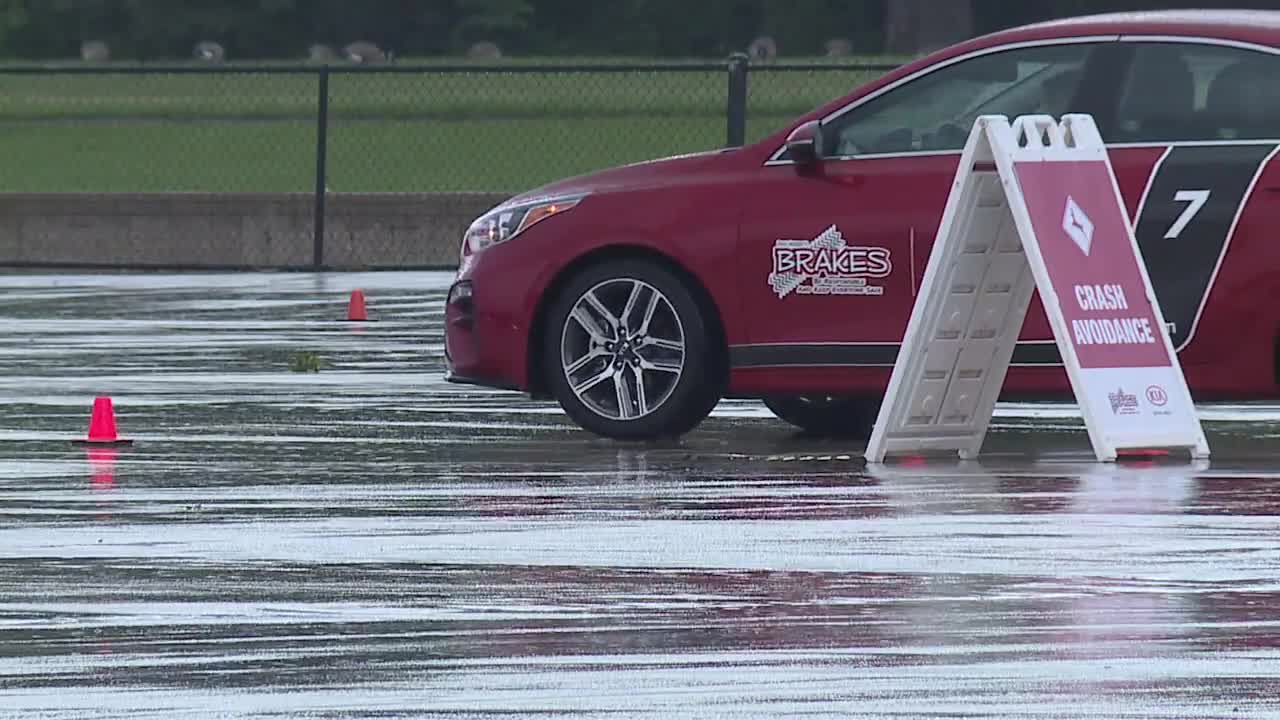 Almost 200 local teens spent the weekend taking part in an advanced driving course on Belle Isle. The goal is to help them become safe and responsible when they're behind the wheel.

DETROIT (WXYZ) — Almost 200 local teens spent the weekend taking part in an advanced driving course on Belle Isle. The goal is to help them become safe and responsible when they're behind the wheel.

It's called B.R.A.K.E.S and it stands for Be Responsible and Keep Everyone Safe.

One of the instructors is Former NHRA Top Fuel Champion Larry Dixon.

"One of the courses is a skid course," Dixon said. "They'll actually have to skid and be on what's like icy conditions, which you'll see in Detroit. They'll get instruction on how to steer out of that."

Dixon's friend, former NHRA drag racing star Doug Herbert, started B.R.A.K.E.S after his two sons were killed in a car crash In 2008. He wanted to do something to help teens be safe on the road. Now, B.R.A.K.E.S goes all over the country.

Rebecca Shea, 17, goes to Parkwood Christian in Sterling Heights and was part of the course.

"It definitely opened my eyes," she said.

Parents signed up for the free course months ago. Baasil Haashiim wanted his 15-year-old daughter to be a part of it.

"I wanted to make sure she was safe on the road," Haashiim said. "Me and her mom thought whatever opportunities they have like this, we should take it."

B.R.A.K.E.S. will be back in Detroit next year, but so far no date has been set.

If you'd like to learn more about it, head to https://putonthebrakes.org/.