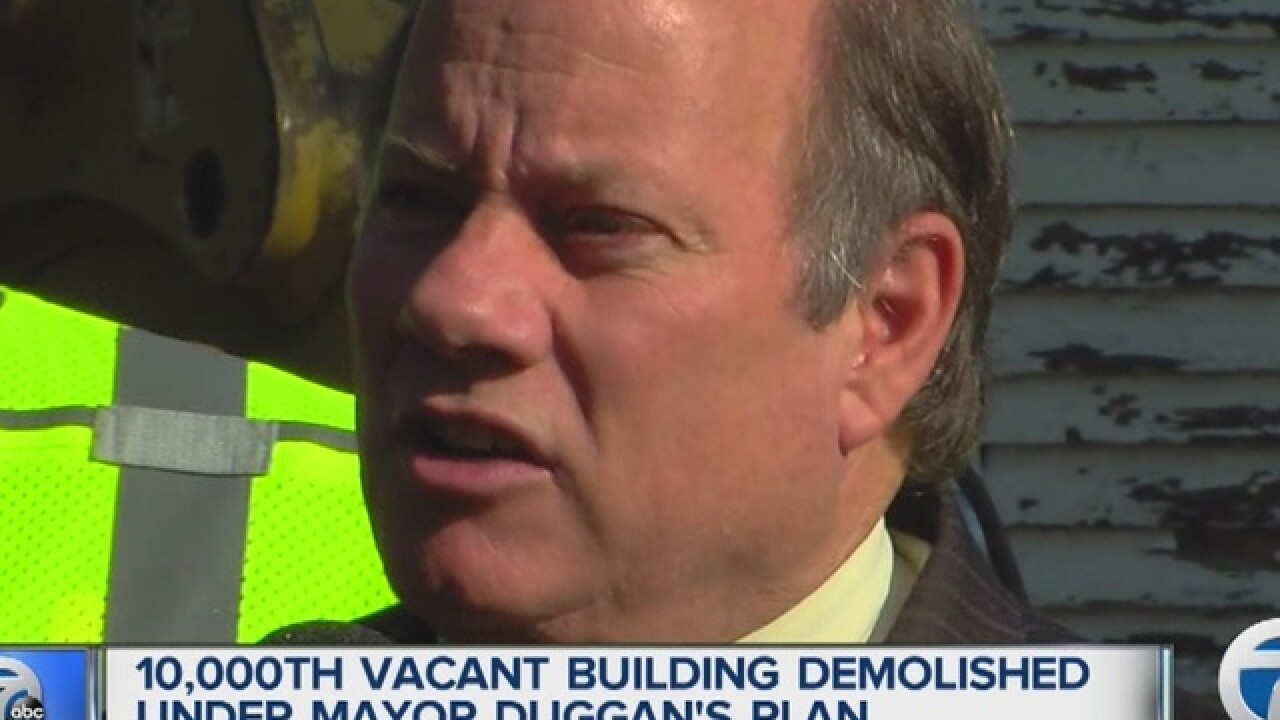 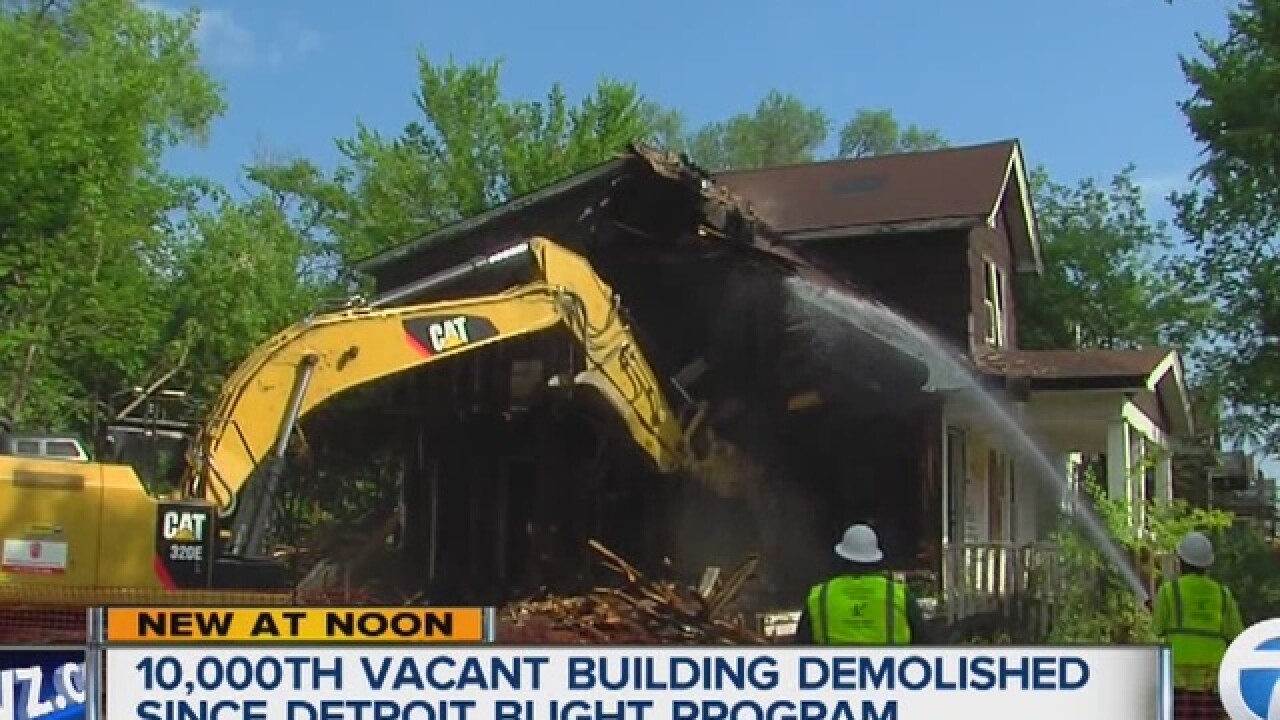 Neighbors gathered around with the mayor to celebrate this milestone.

Residents don't have to worry about an arsonist lighting up a vacant house next door, kids don't have to be scared of who is lurking in unsecured buildings as they walk to school, and property values have increased.

Mayor Bing was spending-- on average-- about $10,000 per demolition. Under Mayor Duggan, the price increased to more than $16,000 on average.

The mayor's office says that the mayor is cooperating with federal investigators and there are no charges. The city recently learned it will receive $130 million more in state and federal grants, and the city sees it as a sign of trust regarding the work.