The internet is divided over this controversial way to eat cake 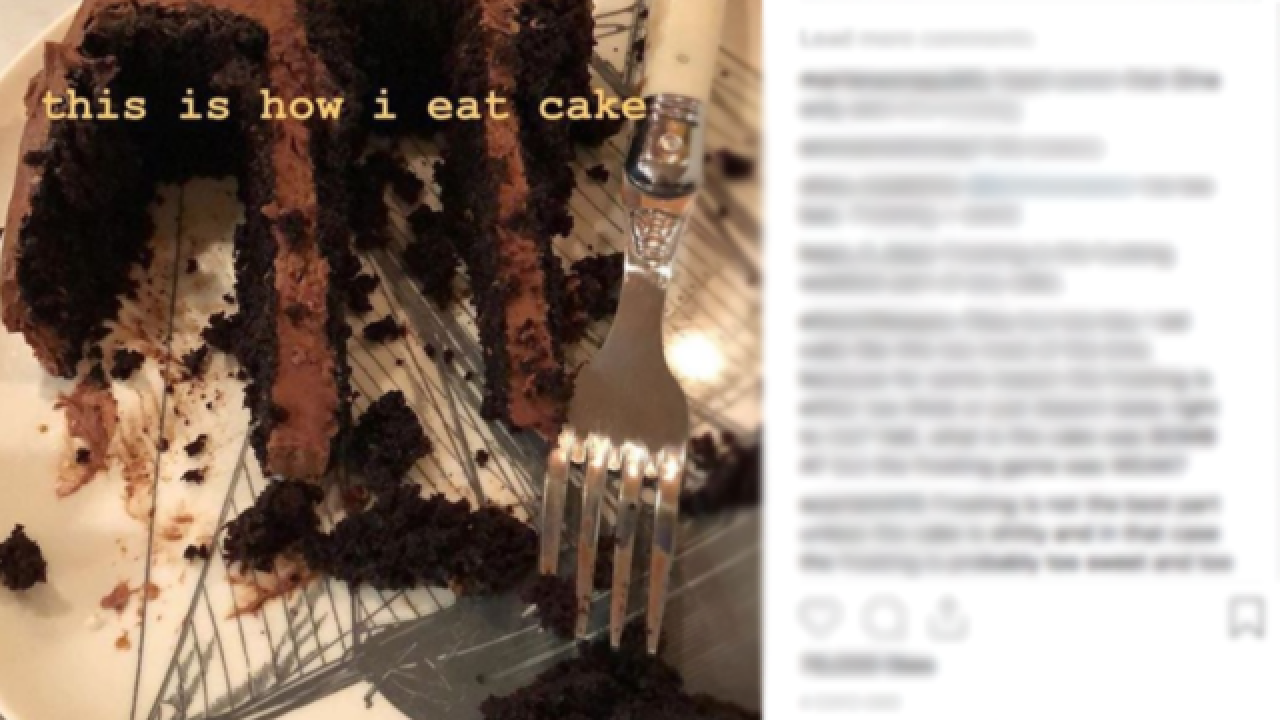 A comedian shared her approach to eating cake and the internet collectively had a meltdown.

Chelsea Peretti, known for her role on the TV show "Brooklyn Nine-Nine," shared a photo of a slice of three-layer cake on a plate on both Instagram and Twitter.

However, she had only eaten the cake portions - leaving the frosting portions untouched.

THE IMAGE I POSTED ON IG THAT HAS SET THE HOME-ON-FRIDAY INTERNET ABLAZE pic.twitter.com/HgnalYxKmR

The consumption method polarized the internet; some commenters agreed, saying sometimes frosting is too much and they preferred eating actual cake, but other users vehemently disagreed, saying they were horrified and frosting was integral to the cake.

We want you to weigh in – are you crazy for cake or a frosting fanatic?