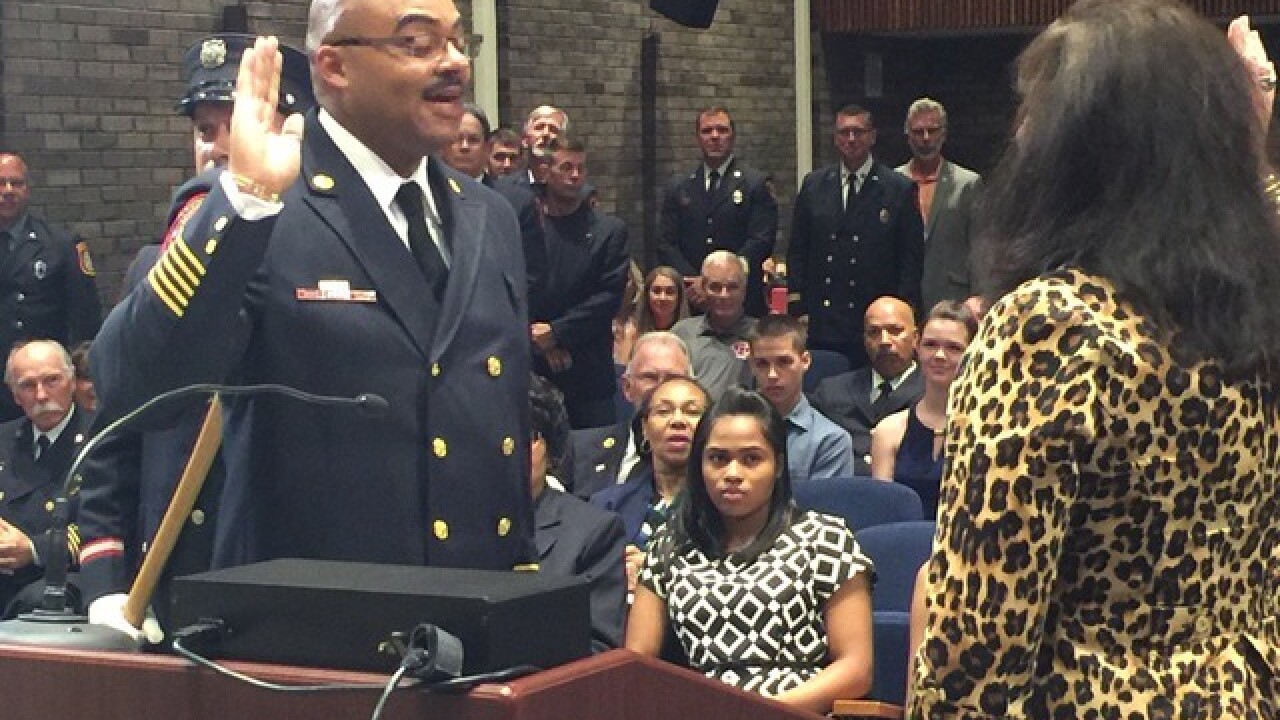 Menifee has been with the Southfield Fire Department for 23 years. He started in November 1993 as a fire cadet. In his time with the department he has served as a battalion chief, captain, lieutenant, paramedic and as the training and safety officer for the department.

"Fire Chief Menifee has a strong desire to work with our management team to further the goals and objectives of our elected officials - namely to keep Southfield residents safe and secure," said City Administrator Fred Zorn in a release.

Menifee has a bachelor’s of science degree in public safety from Sienna Heights University as well as a masters and has been invited to be a guest instructor at the university level at Eastern Michigan University.

The Southfield Fire Department currently has 88 members. The firefighters respond from 5 stations strategically placed around the city. In 2014, they were able to respond to 13,470 calls for service. That averages about 36 calls per day.They remain one of the busiest departments in Oakland County.