The story behind glow in the dark 'Yooperlites' found in Michigan 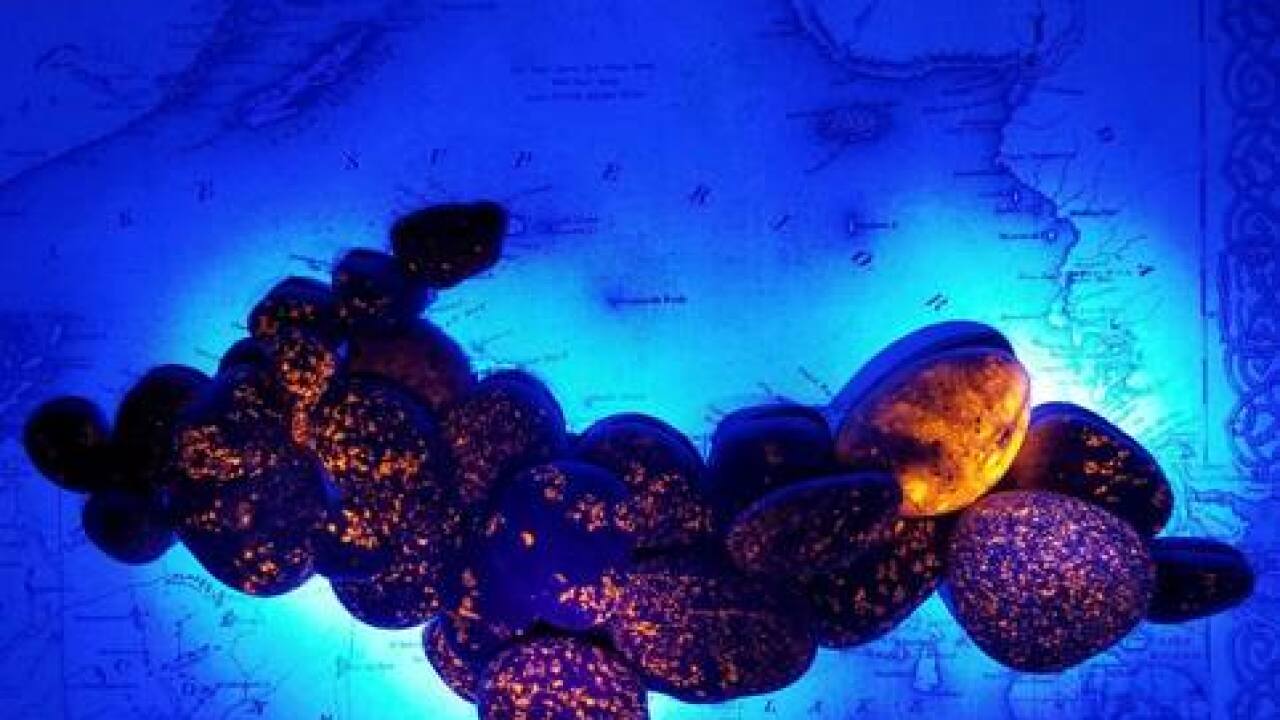 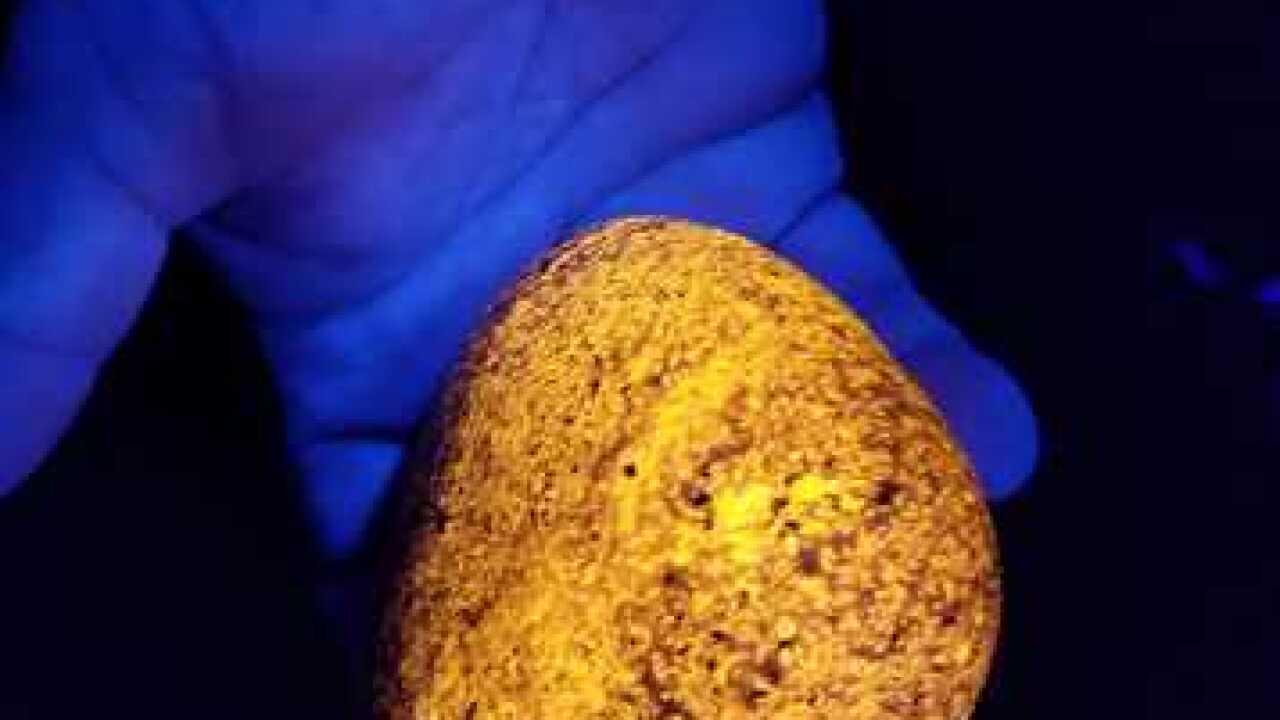 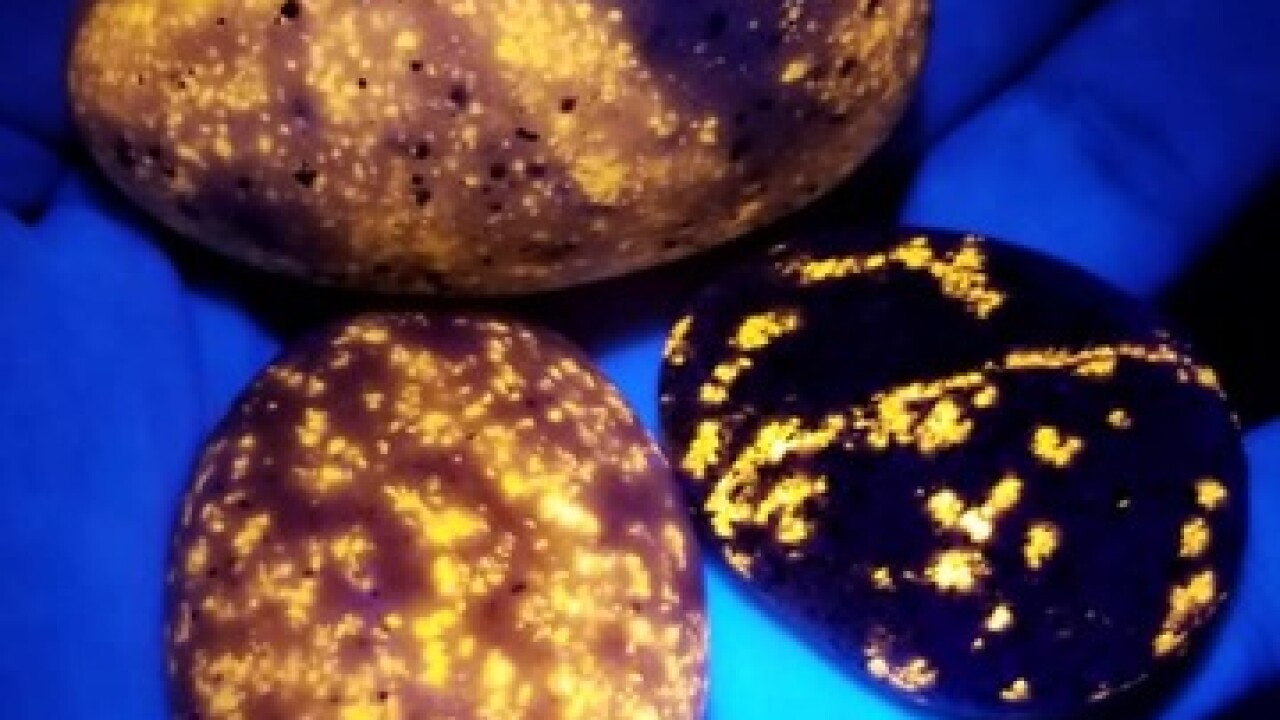 A gem and mineral dealer in the U.P. has made a glowing discovery.

Erik Rintamaki discovered a rock that glows under an ultraviolet light made of a mineral never seen before in Michigan. Without knowing what they were or why the rocks glowed, he named them “Yooperlites,” so the story goes.

PICTURES: Check out these whopping 'Yooperlites'

Rintamaki says it all started in 2017 when he went out on a beach in Lake Superior with a UV light and discovered tons of these glowing rocks.

To the naked eye, they look like gray rocks, but under the UV light, the mineral composite makes the rocks glow.

He sent them in for testing at Michigan Technological University and Saskatoon University.

Yooperlite is the name Rintamaki came up with, but the rocks are actually Syenite rocks that are rich in fluorescent Sodalite.

The discovery was published in Mineral News in 2018. Rintamaki is not the first to discover the glowing rocks, but the first to have scientist confirm there is Sodalite in Michigan.

The glowing rocks can be found mostly on Lake Superior between Whitefish Point an Grand Marais, and on the Keweenaw Peninsula.

The rocks are believed to be brought down from Canada by glaciers, Rintamki told WXYZ.

The discovery of Yooperlites has catapulted Rintamki’s business and he now takes groups to the beach to find Yooperlites. Finders keepers on the tour. Check out this woman’s Yooperlite find, captured on video.

He sells the rocks for about $32 a pound and has sent them all over the world including Thailand, Singapore, and almost every European country, he said.