There's one week left to complete your 2020 Census form. Here's what you need to know 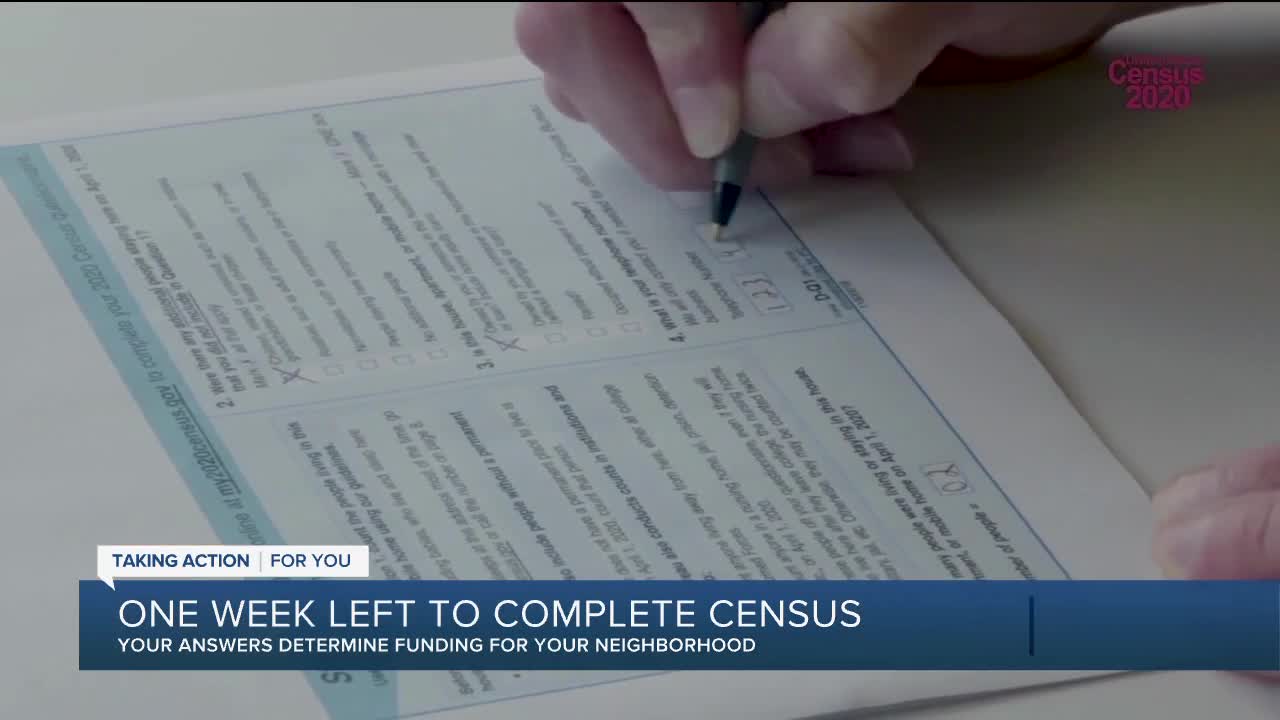 If you haven't already completed your 2020 census form, you have just one week left to do so. The current deadline for reporting is Sept. 30.

DETROIT (WXYZ) — If you haven't already completed your 2020 census form, you have just one week left to do so. The current deadline for reporting is Sept. 30.

The City of Detroit has historically been a difficult one to count, something city officials are working hard to overcome this year.

The data collected by census workers every decade determines how millions in federal dollars is spent in Detroit neighborhoods.

“This money goes into neighborhoods, it goes into Medicaid programs. It goes to hospitals, it goes to schools," said Victoria Kovari, Executive Director of Detroit's 2020 Census Campaign.

The data can also determine Congressional representation for areas, which is why Kovari is urging anyone who hasn't completed their form to do so as soon as possible.

Let's talk about the CENSUS! The data collected every decade determines how MILLIONS in federal $ is spent. Here's where @CityofDetroit self response rate is now. Areas in blue/purple are higher response rates, light yellow areas are lower response @uscensusbureau @wxyzdetroit pic.twitter.com/hsaOOKsznX

“Detroit was already the hardest to count city in the country before COVID happened," she said.

The reason for that is based on several factors; cities with majority renters, high populations of non-native English speakers, areas with concentrated pockets of poverty, and areas without dependable internet tend to be more challenging areas for census workers to collect data.

“Those are all factors that come to play in Detroit all at once," Kovari told 7 Action News.

1. Complete and return the form via mail
2. Complete the form online by visiting https://my2020census.gov/
3. Complete your form by phone by calling 844-330-2020
4. Complete your census form by visiting one of Detroit's 30 census kiosks, listed here.
5. Answer the door when a census worker visits:

“That includes all of the vacant lots, vacant buildings, bad addresses etc. So the Census Bureau will re-calculate the response rate based on only occupied units," Kovari said, meaning that Detroit's personal reporting rate should improve, it's just not clear by how much.

The Trump Administration moved for that deadline to be put back to Sept. 30, however many national groups including the NAACP pushed back, suing in federal court; a ruling on whether or not the deadline will remain Sept. 30 is expected in the next couple of days, however at this point Kovari said people should plan for the Sept. 30 deadline to remain.