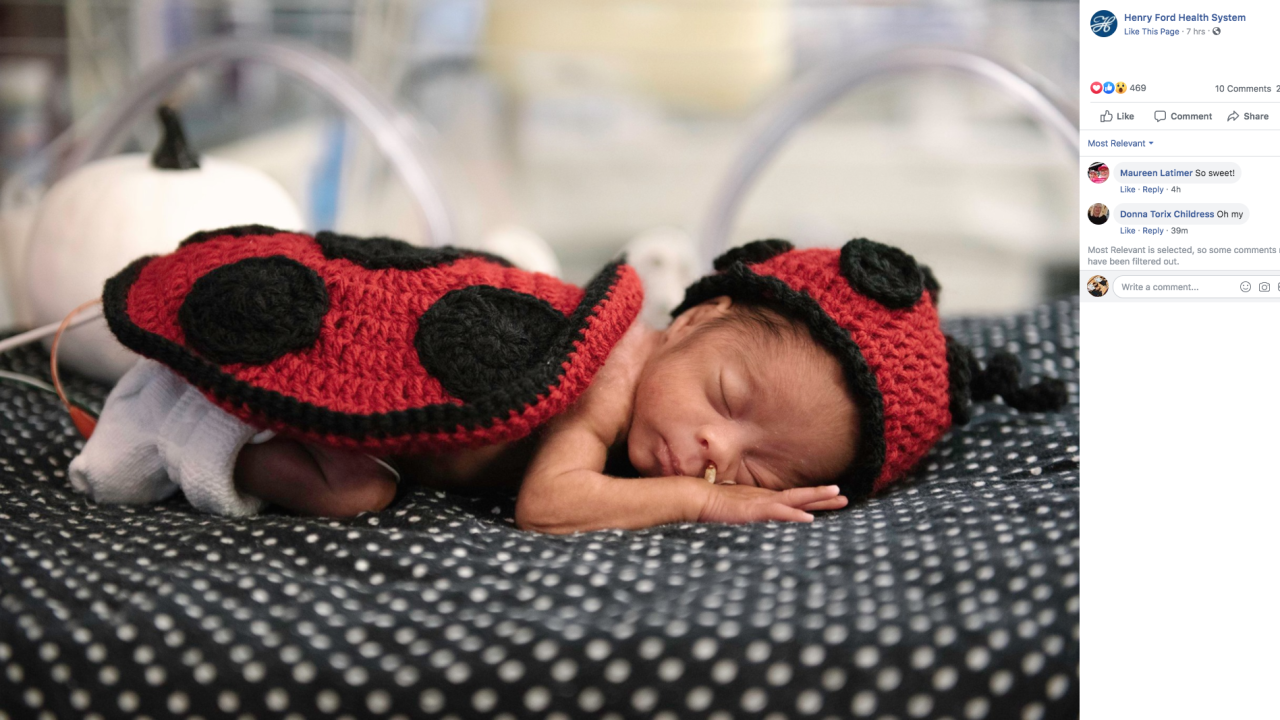 (WXYZ) — These are probably the most adorable Halloween costumes you'll see today.

"Thanks to our Henry Ford Hospital NICU team for making costumes so that these little warriors are ready for their first Halloween," the post reads.

For the babies photographed, this will be their first Halloween. And due to their current health, they won't be able to spend it outside of the hospital. So the NICU team at Henry Ford decided to bring Halloween to them.

There's a mermaid, a lady bug, an adorable unicorn and more. View the full gallery above.