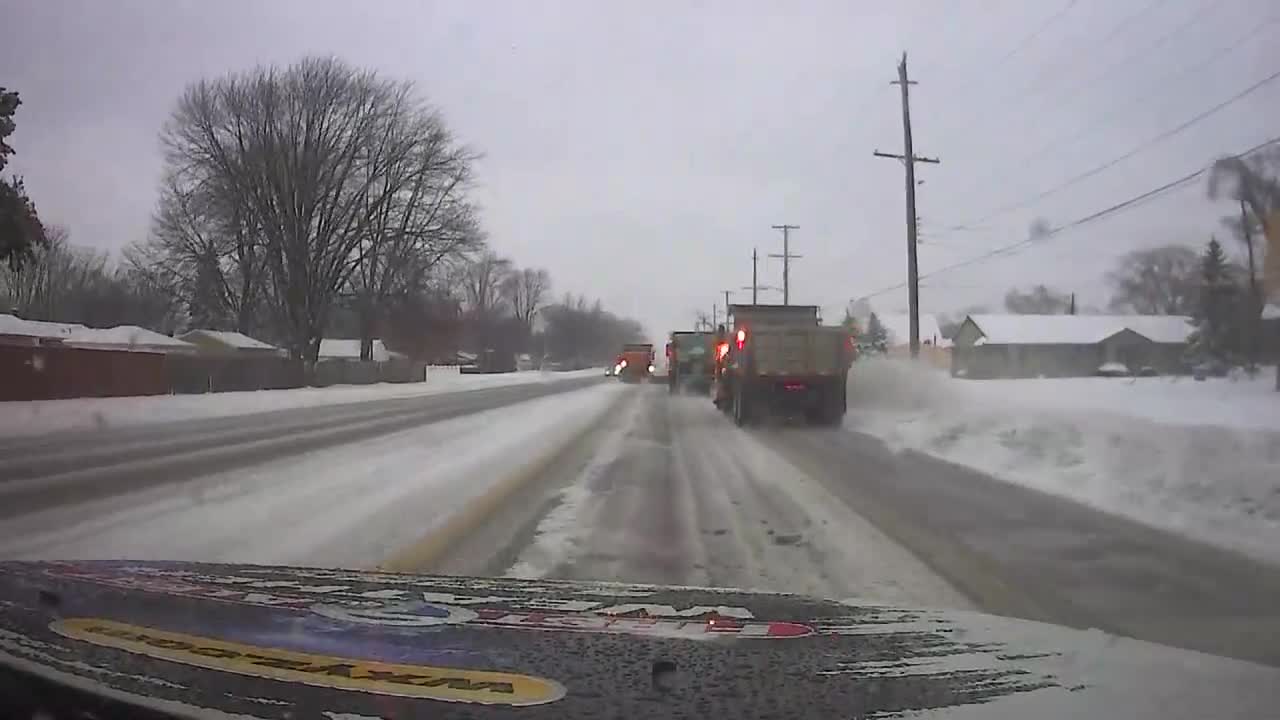 (WXYZ) — Whether on their way to work or out for an errand, people in metro Detroit are taking their chances and hitting the roads.

No matter how much the plows tried, it was near impossible to keep up with what felt like never ending snow.

And it showed on the roads.

While driving in our 7 Action News Storm Chaser, we saw several cars that had slide off the highway, including a semi truck that got stuck in a ditch on I-94 and Middlebelt.

Semi in a ditch on 94 near Middle Belt @wxyzdetroit pic.twitter.com/MB0EMjXUUK

“The roads are treacherous," said Brandon Moore, whose car got stuck in the snow.

Moore got his car stuck while driving up Fairlane Drive to get to his job at Meijer.

As we were interviewing him, more cars couldn’t make it up the hill either. Brandon, myself and others stepped in to help.

“Be careful, drive safely watch out for your neighbor," Moore said.

We’ve been stopping to help cars stuck in Allen Park trying to get up the hill. Don’t go up any steep areas! @wxyzdetroit pic.twitter.com/27YmkVBTHk

We also got Brandon unstuck before taking off again on our live drive through metro Detroit.

Others weren’t as lucky.

Like these cars that got stuck on the ramp on the I-96 ramp and Southfield Freeway.

I got this video from a man who says this is what he saw on the Southfield/96 ramp. Mother Nature is in full force today! The roads are going to be even harder to maneuver if you don’t have four-wheel-drive. Courtesy: William Hunter. @wxyzdetroit pic.twitter.com/YirLjQYh3q

Eventually, the roads did somewhat improve – for example on 12 Mile in Madison Heights, but it took a lot of effort by a lot of snow plows and salt trucks.

It took two plows with a salt truck in the middle to clear Dequindre and 13 Mile in Warren.

Even with their help, people were still having to take it slow once the snow turned to sleet.

"Just slow down, that’s all, you don’t have to drive fast," said Tracy Collins, who braved the roads Saturday.

Eubanks works for Tim Hortons in Madison Heights. She was in charge of opening up shop.

For her, this is classic Pure Michigan weather.

Suzanne eubanks, had to work today 11:03:36 “You guys know, this ain’t your first rodeo in Michigan with winter," said Eubanks. "We gotta be patient, and take our time getting to work, to our destinations and home. We got families that we got to take care of everyday, they need us be safe.”