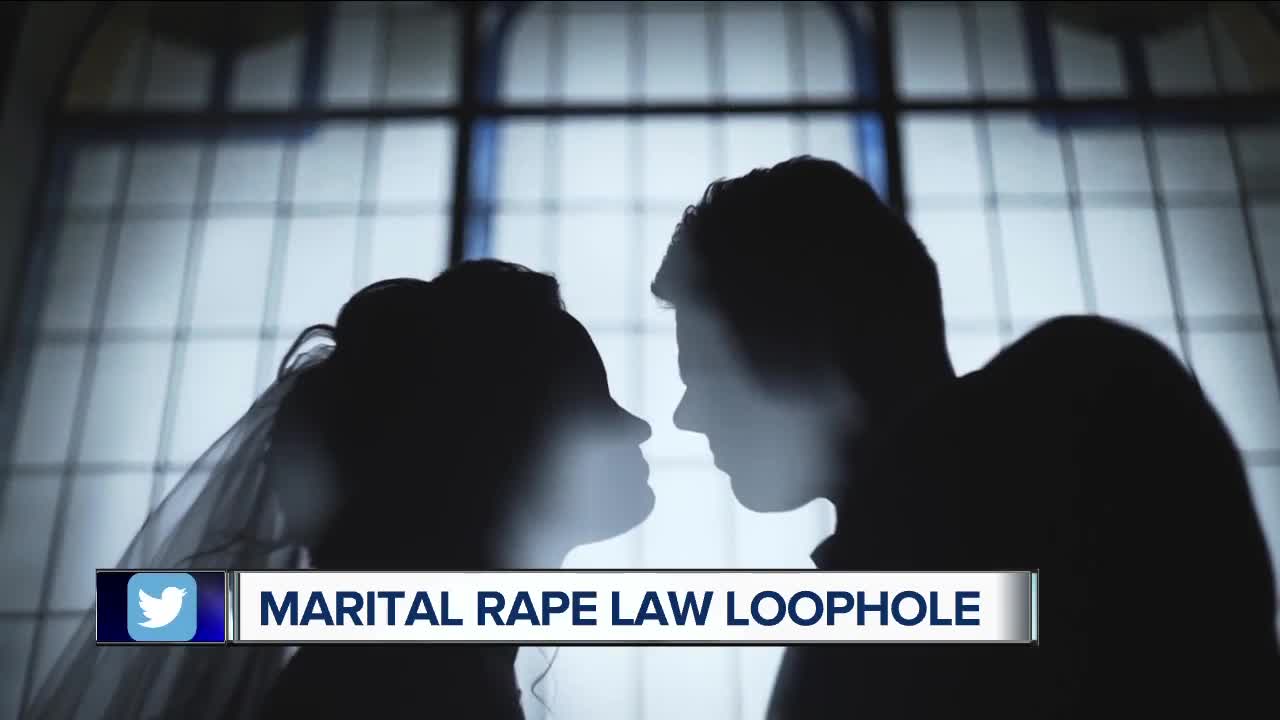 Rape between people who are not married has always been illegal. However, until 1975, every state in the country had a marital exception.

LANSING, Mich. (WXYZ) — Rape between people who are not married has always been illegal. However, until 1975, every state in the country had a marital exception.

A husband could legally rape his wife. It has only been since 1993 that all 50 states have had laws making marital rape a crime, but in many states, there are loopholes.

Now, one lawmaker in Michigan is working to close the state's marital rape loophole.

It started with a message on Twitter. A constituent wrote State Rep. Laurie Pohutsky asking if she knew there is a loophole for marital rape in certain circumstances.

If you look at the law, the first thing you see is that you can be charged with criminal sexual conduct in Michigan – even if the victim is your legal spouse.

However, there is a glaring exception.

You can not be charged with criminal sexual conduct if you had sex with your spouse while they were mentally incapacitated.

Can a loophole in Michigan law allow someone to get away with sexually assaulting their spouse? @kimrussell7 with the exception to Michigan's marital rape law TONIGHT on 7 Action News at 6. @ndvh @PWDVA @EndDV2day pic.twitter.com/tvafhU5Wnm

To understand how shocking this is, you need to read the definition under the law of mentally incapacitated.

It means that you are drugged without your consent.

"the loophole states it is legal to sexually assault your spouse if you drug him or her without their consent," Pothutsky said.

She said when she learned of the loophole, she was shocked. She also tells 7 Action News there are already numerous barriers to reporting rape.

"I have been the victim of partner rape, and that is why I didn't report it," Pothutsky said. "Because it is so difficult to prove that this person you are in a consenting relationship did something without your consent."

House Bill 4942 would literally delete mentally incapacitated as an exception to marital rape.

"It's frustrating to have to have conversations defending and explaining why this is something necessary to do," she said. "Those conversations were few and far between, but they did happen."

Lori Kitchen-Bushell is the executive director of First Step – a non-profit in Plymouth that helps women and children escape domestic violence.

She said every day she witnesses the courage it takes for survivors to leave and seek justice.

"Every adult every person every human has the right to autonomy over their body and if they cant consent it is assault," Kitchen-Bushell said.

She tells us that she hopes the bill – that has 61 co-sponsors and bipartisan support – doesn't linger in committee.

"To find out you don’t have legal resource because you are in a marital relationship, that would be devastating," Kitchen-Bushell said.

"I think it is paramount that we start removing barriers like this so victims of sexual assault can get justice," Pothutsky said.

The bill has not yet gone before the committee, but it is likely that it will. If you think it should move forward, now is the time to reach out to your lawmaker in Lansing.