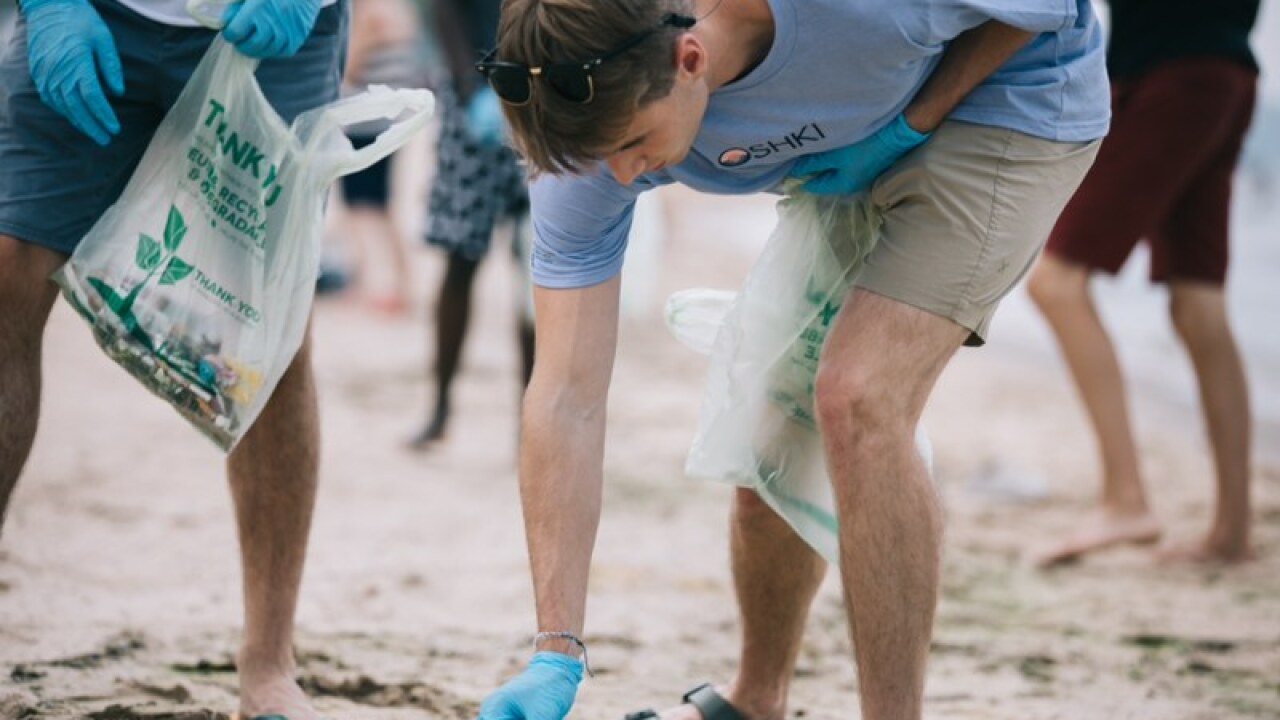 The 19-year-old, who defines himself as a "Great Lakes lover," is the founder of Oshki, the first company to use 100 percent U.S. plastic to produce clothes, according to a release.

Riegler started the company when he was a junior in high school, when he became aware of environmental issues and cuts in Great Lakes funding.

"I grew up by the shores of Lake Michigan in Muskegon and really wanted to do something to help preserve our water," he said in a release. "The Great Lakes are really special and tremendously important to Michigan and our country."

The economics student is aiming to prevent the prediction that seas will have more plastic than fish in the near future. The ratio between fish and plastic in Earth's waterways is predicted to be 1:1 by 2050. Riegler's newest addition is the 1:1 Tee.

"This threat to the environment and to the lakes that I have always been passionate about inspired us to name our new collection," Riegler said. "It is our commitment to end this possibility. What we do in the next few decades will shape the future of the human species."

Oshki has sold about 350 of the new t-shirts since they became available for purchase in early June.

The company donates 5 percent of all profits to nonprofit groups working to preserve the Great Lakes. Each month, after a final profit statement, Riegler donates to a local nonprofit organization.

"Every month I choose one nonprofit where I believe the money will be more beneficial," he said. "I donate to different areas and companies to help maximize the impact of the money and because I don't want them to become dependable on donations."

Riegler is already working on the company's new line of fully recycled clothing, including womens' leggings and men shorts.

"As plastic waste continues to build up domestically, we hope to inspire other companies to use U.S. plastic waste in their supply chains by taking charge as a leader in the industry and inspiring customers to live more sustainably."