Thousands without power in metro Detroit after thunderstorms Wednesday 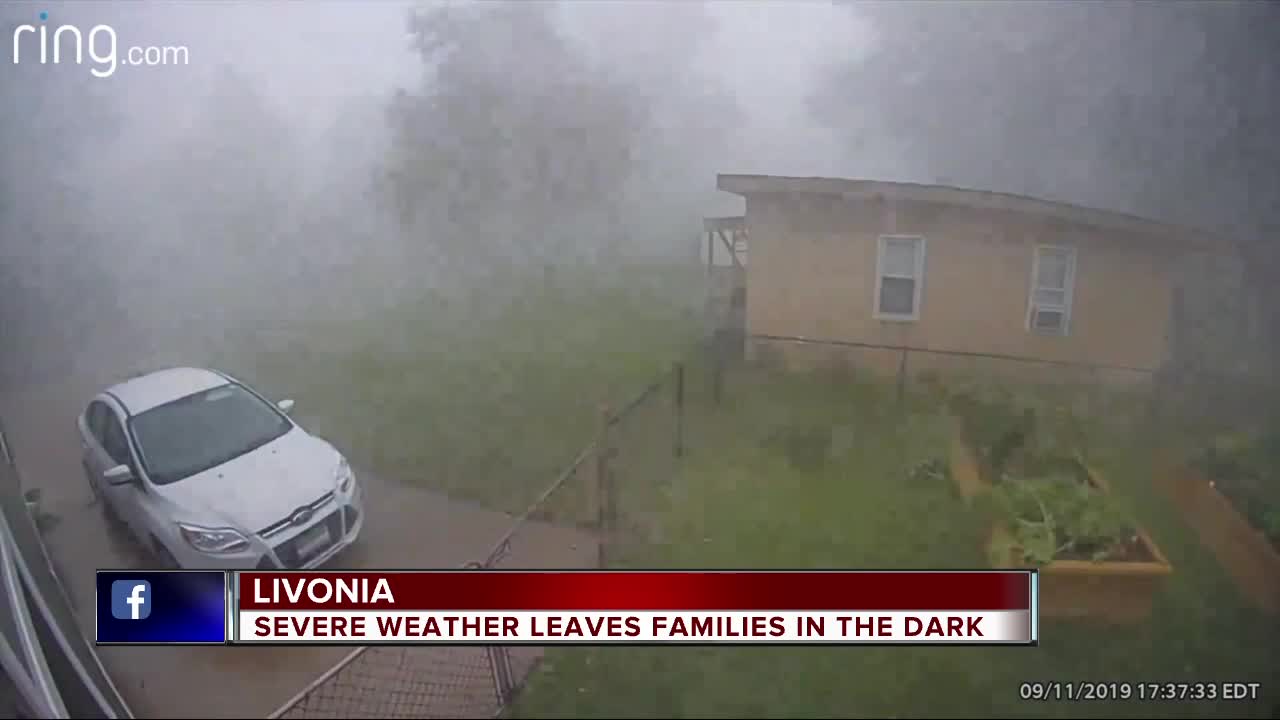 As of 9 o'clock Wednesday night, 22,000 DTE customers were without power in metro Detroit after severe thunderstorms ripped through the area.

(WXYZ) — As of 9 o'clock Wednesday night, 22,000 DTE customers were without power in metro Detroit after severe thunderstorms ripped through the area.

At the peak of the storm, DTE estimates more than 38,000 customers were affected. The hardest hit area in terms of outages, according to DTE, was just north of Ann Arbor.

Jeff Cingel, who lives on Capitol in Livonia, lost power around 4:30 p.m. Wednesday. On top of that, he has a giant mess to clean up in his front yard; large branches ripped from trees due to strong wind gusts.

@DTE_Energy crews assessing if these wires are live or not. Several downed wires here. Intersection blocked off. Neighbors in this area all without power @wxyzdetroit pic.twitter.com/fUbvxKreK9

“Oh many they make a whole lot of noise when they do that. Cracking and crashing to the ground," he told Action News.

A car down the street from Cingel was covered in branches, as well as several downed power lines. DTE crews were out in the area for several hours, blocking off intersections where downed wires had fallen.

“It was maybe five minutes. A ton of rain, some lightening, a little bit of thunder, and no power," Joann Knapp, who lives on Covell in Livonia, said.

DTE does not have an expected restoration time as of 9 p.m. Wednesday night. Crews continue to work in the area.