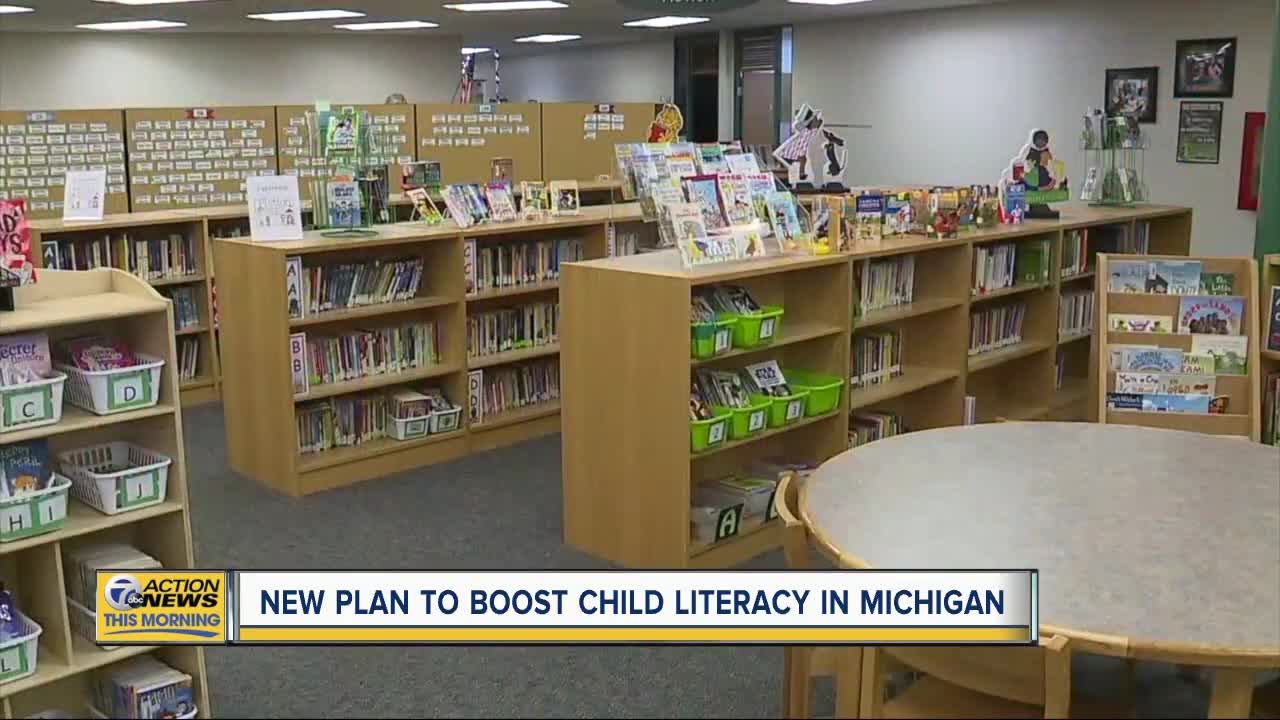 At a time that Michigan students are falling behind, three bills have landed in Lansing for further discussion.

WOODHAVEN, Mich. (WXYZ) — At a time that Michigan students are falling behind, three bills have landed in Lansing for further discussion.

In 2018, the Michigan Department of Education released statistics that showed less than half of Michigan third and fourth graders read at grade level.

Michigan ranks 47th in the nation for its ratio of students to certified librarians — it’s also in the bottom five in literacy. The two statistics have legislators like State Rep. Darrin Camilleri questioning why more isn’t being done to increase the presence of librarians in schools.

“I understand that technology is changing how we access information, we may not need as many booked — or as many resources in schools — but it’s still vital to have access for schools,” said Camilleri.

NEW THIS AM ON @wxyzdetroit -- we talk about a literacy crisis with @darrincamilleri, he's one of three state representatives who are pushing bills to overhaul libraries and how they're staffed inside schools. pic.twitter.com/wjN1vlZrZk

As a former teacher, Camilleri is quick to note that he’s witnessed the problem on the ground floor. He had to fund-raise while teaching in Detroit to get books, let alone library access for his students.

The issue is there’s a number of crises — that includes within the same location: our state’s schools. There’s a push to commit to more lead testing and there’s questions about air quality in aging buildings, making it easier to kick the can on literacy issues that aren’t as noticeable when ranking immediate needs. That said, Camilleri said that if we don’t act now, we’ll pay for it later.

A trio of bills have been released to target the library concerns. One bill requires each public school in Michigan to have a library by the 2019-2020 school year. The next calls to employ a certified media specialist and the final bill calls for administrators to designate an individual to supervise students in a school library when a specialist is not present.

The trio of bills ensure schools have a library (plenty do not), have a certified specialist to run that library and have a designated employee to run the library when that specialist is away. How big of a deal is this? The stats aren't good... CC: @MattforMichigan @kristypagan pic.twitter.com/eryD4ZkkgQ

Of course, there are other issues that exist as well. Earlier this year, Wayne State launched a program to certify media specialists because so few exist after years of attrition. During recessions many schools began to look for areas to cut within their budget — media specialists were among the first positions cut. Some experts believe it’s directly related to the state’s literacy concerns.

“It’s unfortunate, but we see correlation between the decline of certified librarians and the decline in our students literacy scores,” said Kafi Kumasi — a professor at Wayne State University.

Librarians are required to have training in a number of subject areas which give them specialized skills in working on a child’s ability to read, and on teaching computer skills.

At the Woodhaven-Brownstown School District, Superintendent Mark Greathead noted that they’ve got certified librarians at each of their elementary schools. He’s not sure they’ll continue to find candidates if the training isn’t happening, and the jobs aren’t being offered creating an opportunity that would drive people to take the college courses necessary.

“As people retire out of these positions, fewer are coming into them,” said Greathead. “When that happens, we’re trying to find the next best alternatives.”

Whether the bills produce real results remains to be seen; similar bills failed to make it out of the House Education Reform Committee. Camilleri said he’s hopeful that this year will be different as more attention is being paid to education, there’s already been talk of a committee hearing.