Three in custody after smash-and-grab attempt in Detroit's Midtown 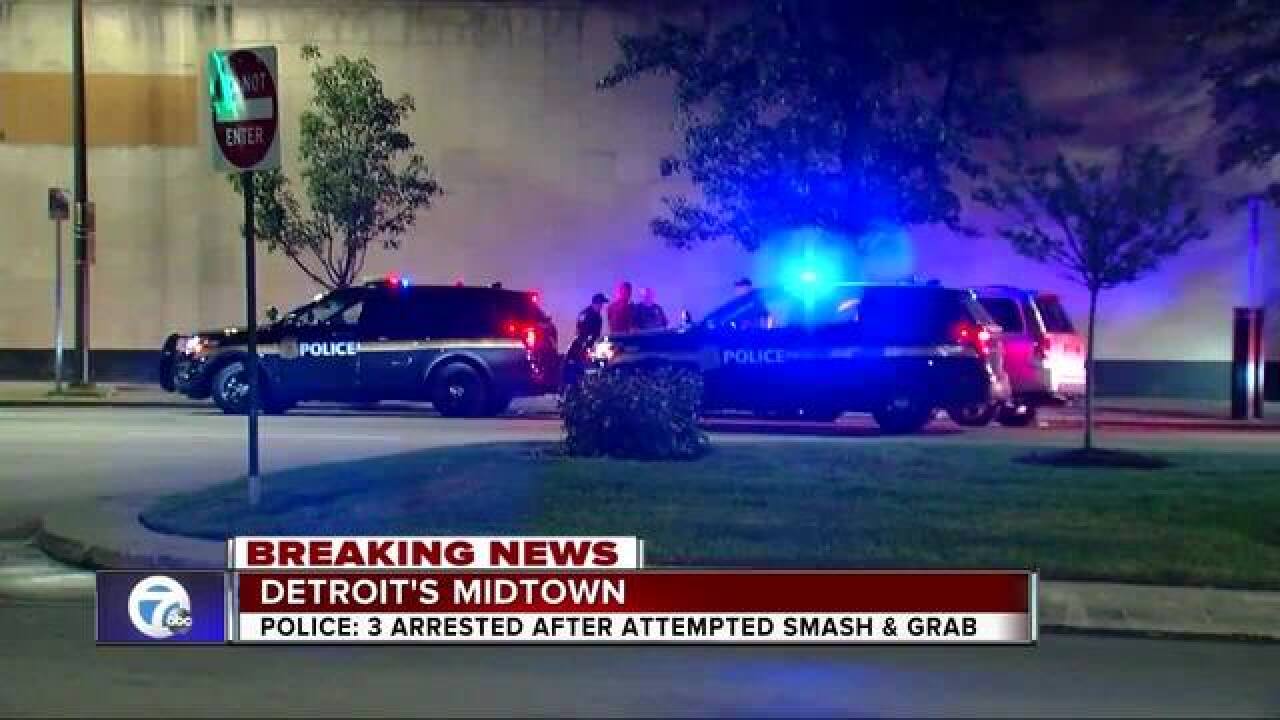 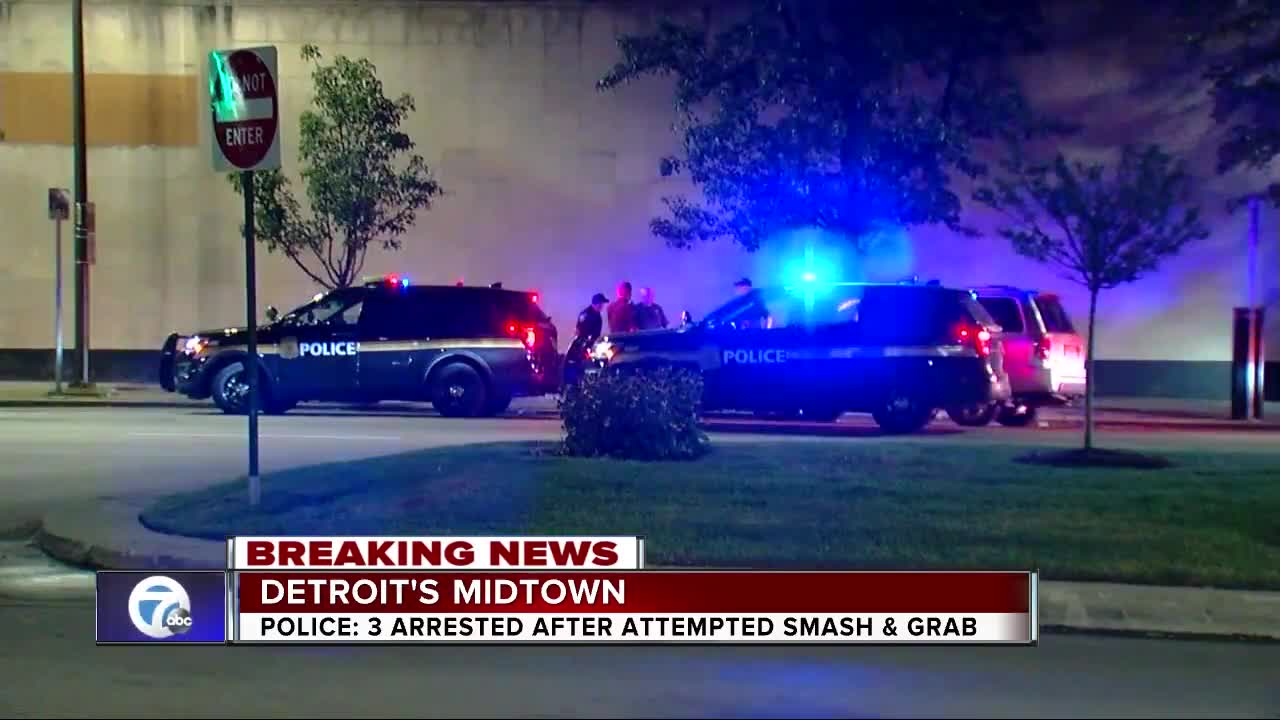 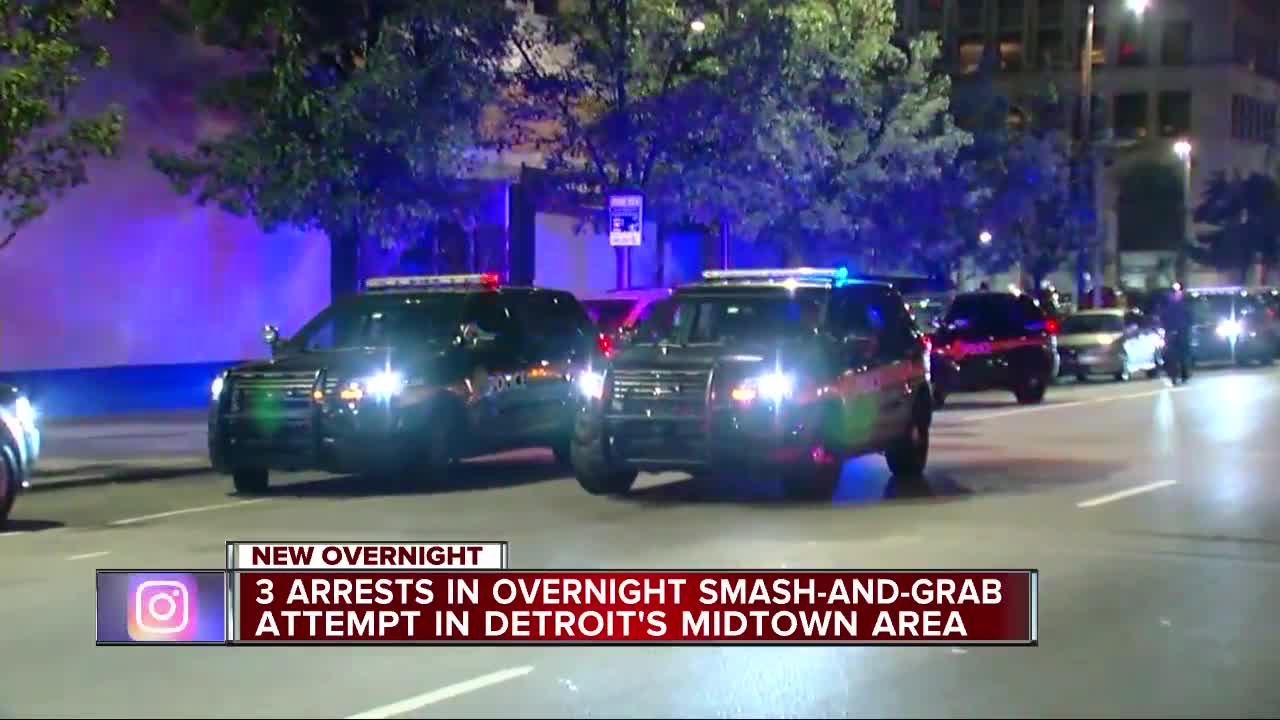 Three people are in custody after being caught red-handed in a smash-and-grab attempt early Tuesday.

Police say an undercover Detroit Police unit watched a group of people crash a pick-up truck into a business on W. Grand Boulevard near Woodward.

The officers then saw the suspects try to pry an ATM out of the cement.

Police chased the would-be thieves and arrested three people. It is currently not known whether police are still looking for others who could be involved.