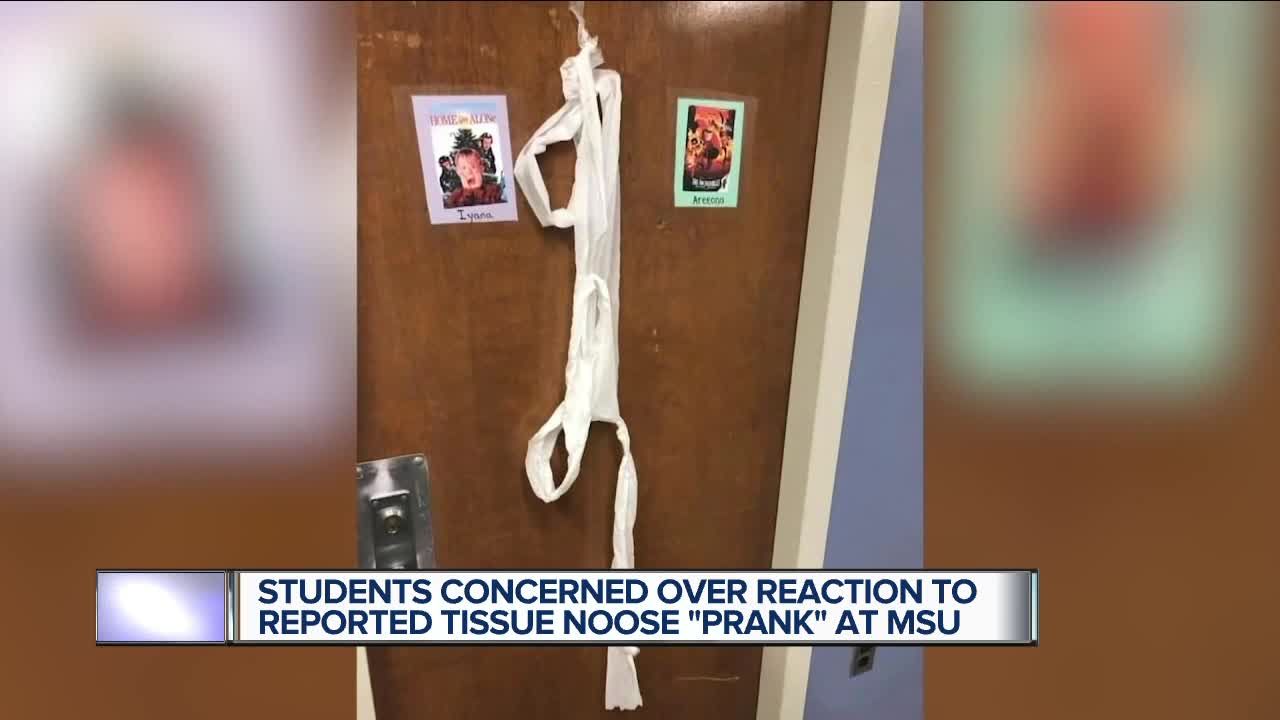 Students at Michigan State are upset after the university said a noose was found hanging on the door in a dorm was a prank.

(WXYZ) — Students at Michigan State are upset after the university said a noose was found hanging on the door in a dorm was a prank.

It happened over the weekend in Bryan Hall when two African American students reported the toilet paper on the door resembling a noose.

Wisdom Henry is one of the few African American students who live in Bryan Hall.

"I take offense to that because a noose is not a Halloween prank, it's a hate crime," Henry said.

The university responded and said after initial discussions, students came forward and said they taped the up the toilet paper, calling it a Halloween prank and saying it wasn't meant to resemble a noose.

The school said, "it is important to remember that actions and words meant to hurt someone based on their identity have no place in our community."

"Even if it was just intended to be a Halloween prank, that doesn't justify how this student feels," MSU Black Student Alliance President Sharron Reed-Davis told WLNS.

MSU President Samuel L. Stanley Jr. M.D., responded to the incident with the below letter to students and alumni.