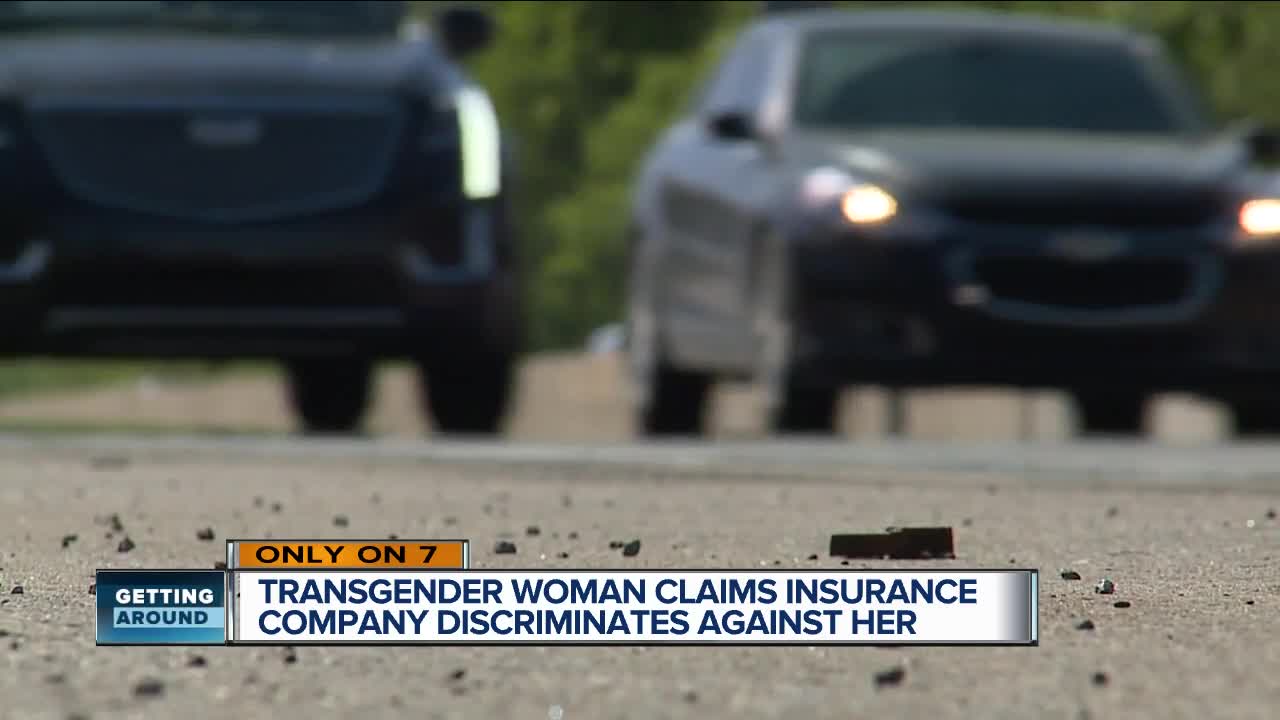 A transgender woman says her auto insurance went up $1,000 a year after she transitioned and it's a form of discrimination. 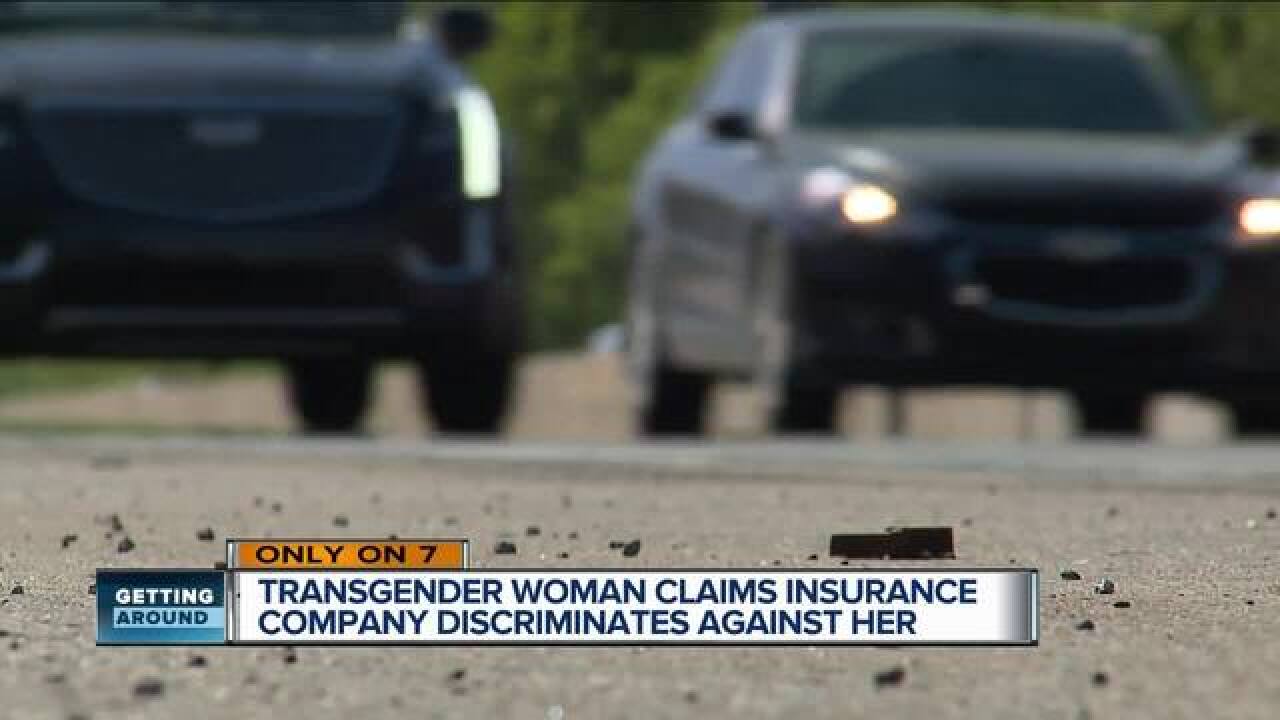 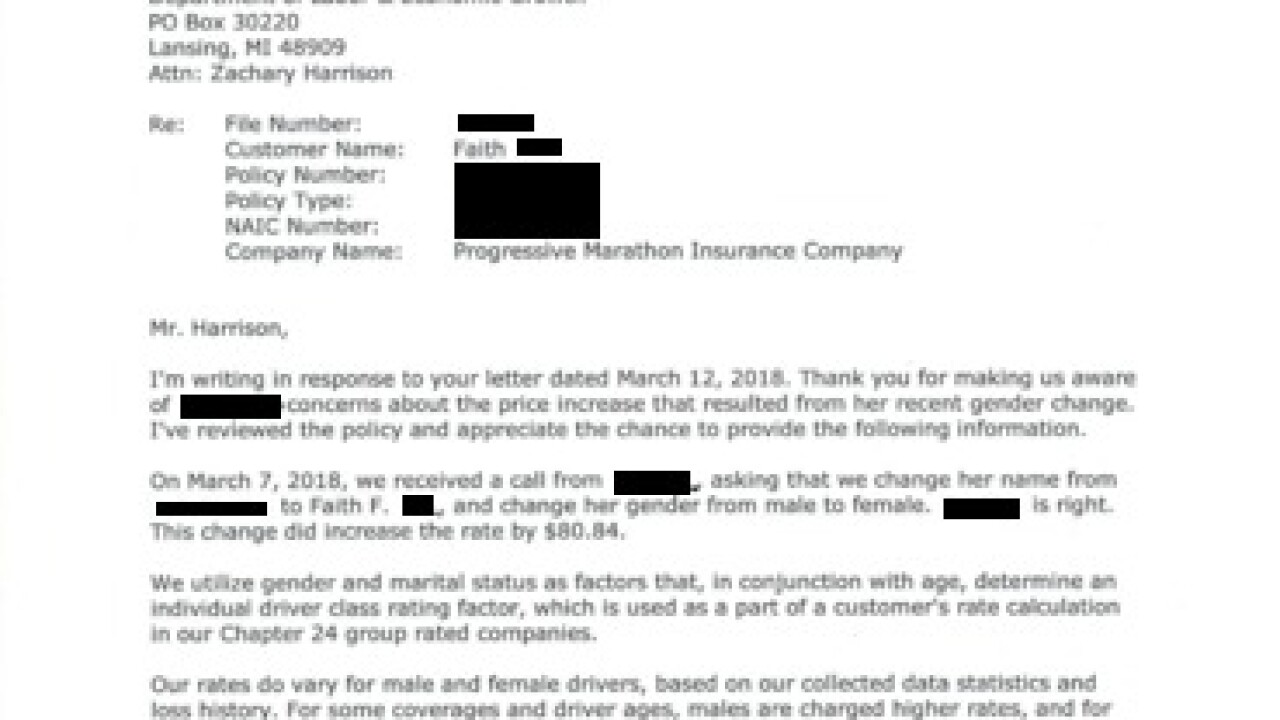 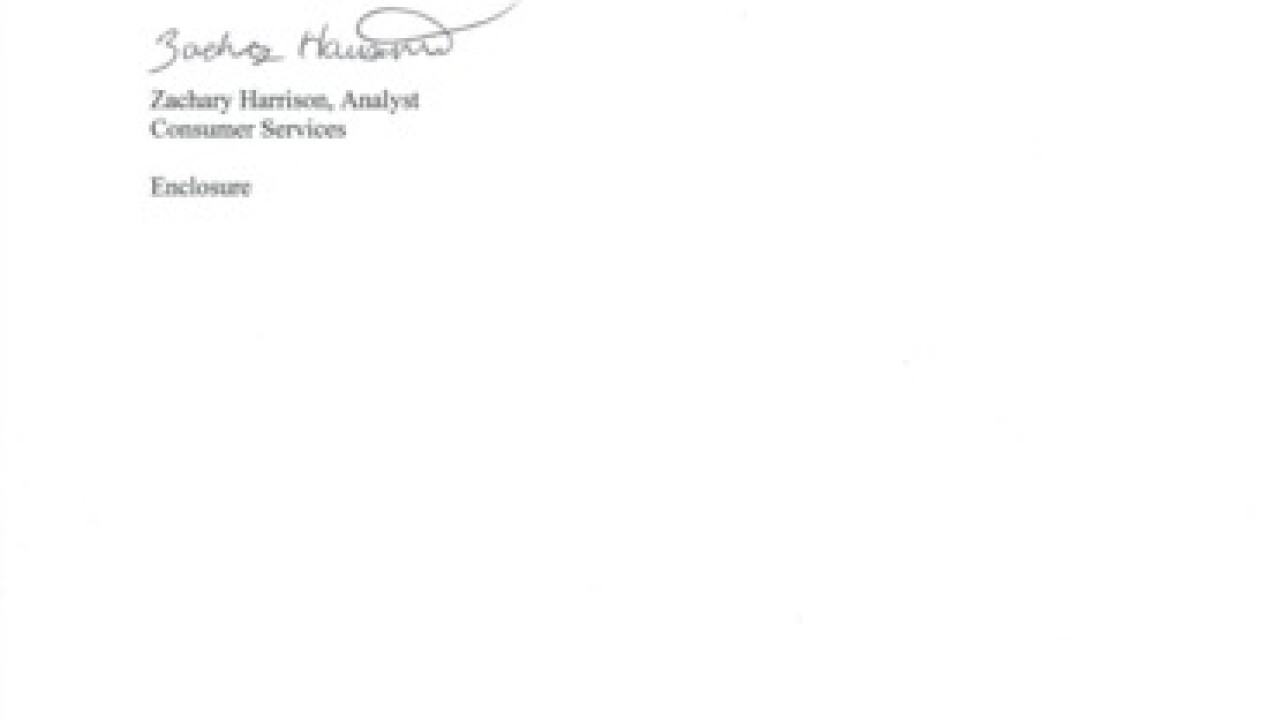 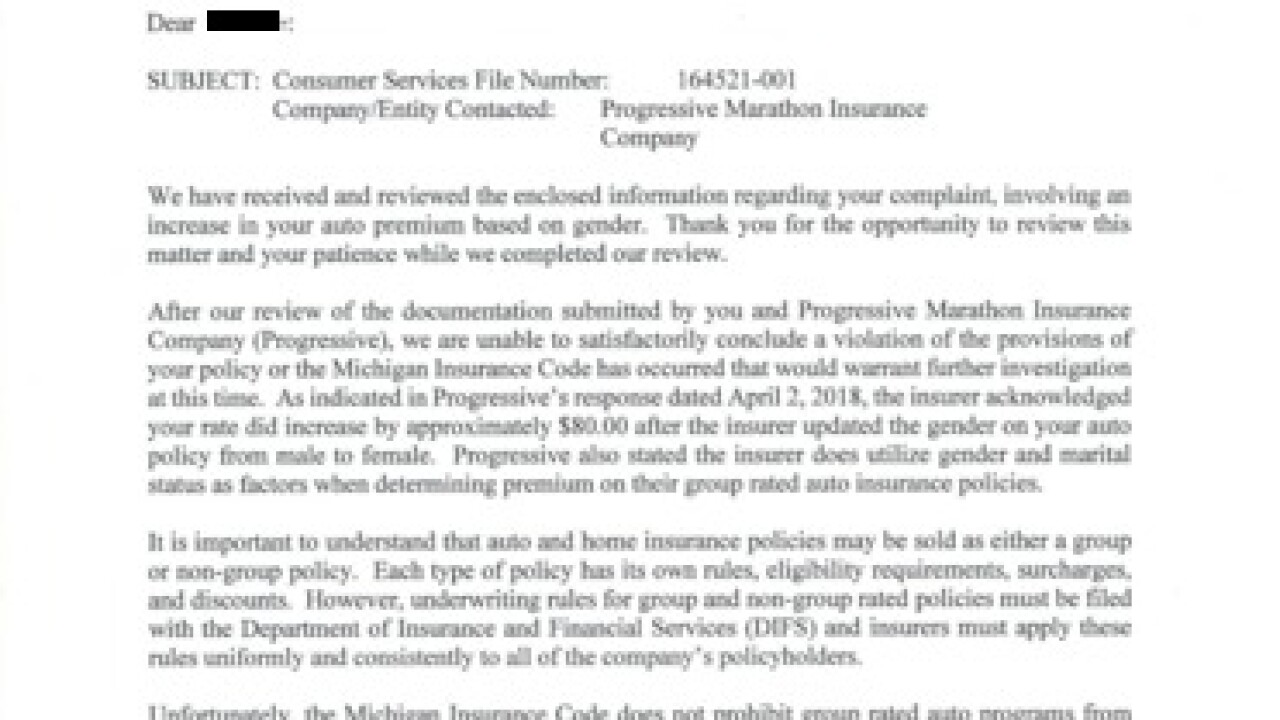 She says her ability to drive didn’t change when she transitioned from life as a man to life as a woman, but her insurance rates sure did.

Faith Frances asked that we use her first and middle name and omit her last name to protect her privacy.

It is an issue we exposed. Car insurance companies are allowed to charge women a lot more for car insurance, simply because they are women

Faith contacted her insurance company because she changed her legal name. She never imagined it would skyrocket her car insurance prices $970.08 - almost $1000 a year.

“I don’t know. What do they think? My breasts get in the way of driving? I don’t know,” said Faith.

She jokes, but it is serious.  That $80 is a significant chunk of her income.

“If they would put my insurance rates back where it should be, I wouldn’t have to go to the food bank,” said Faith.

When it happened she contacted Attorney General Bill Schuette’s office. She thought it was transgender discrimination.

She says she received a response from the Michigan Insurance Commissioner’s office. It explained it had nothing to do with her change of gender. Women who are born female also pay more.

It included a letter from Progressive Marathon Insurance Company.  She says the letter, ironically, revealed Progressive has a very unprogressive policy.

The letter reads in part:

On March 7, 2018, we received a call from Ms. (redacted), asking that we change her name from (redacted) to (redacted), and change her gender from male to female. (redacted) is right. This change did increase the rate by $80.84. We utilize gender and marital status as factors that, in conjunction with age, determine an individual driver class rating factor, which is used as part of a customer’s rate calculation in our Chapter 24 group rated companies.

She saw our reporting on how a lawmaker who controls insurance regulations has received numerous donations from insurance companies and wanted to share her story.

“Judge me by my driving record, not by what is between my legs,” said Faith.