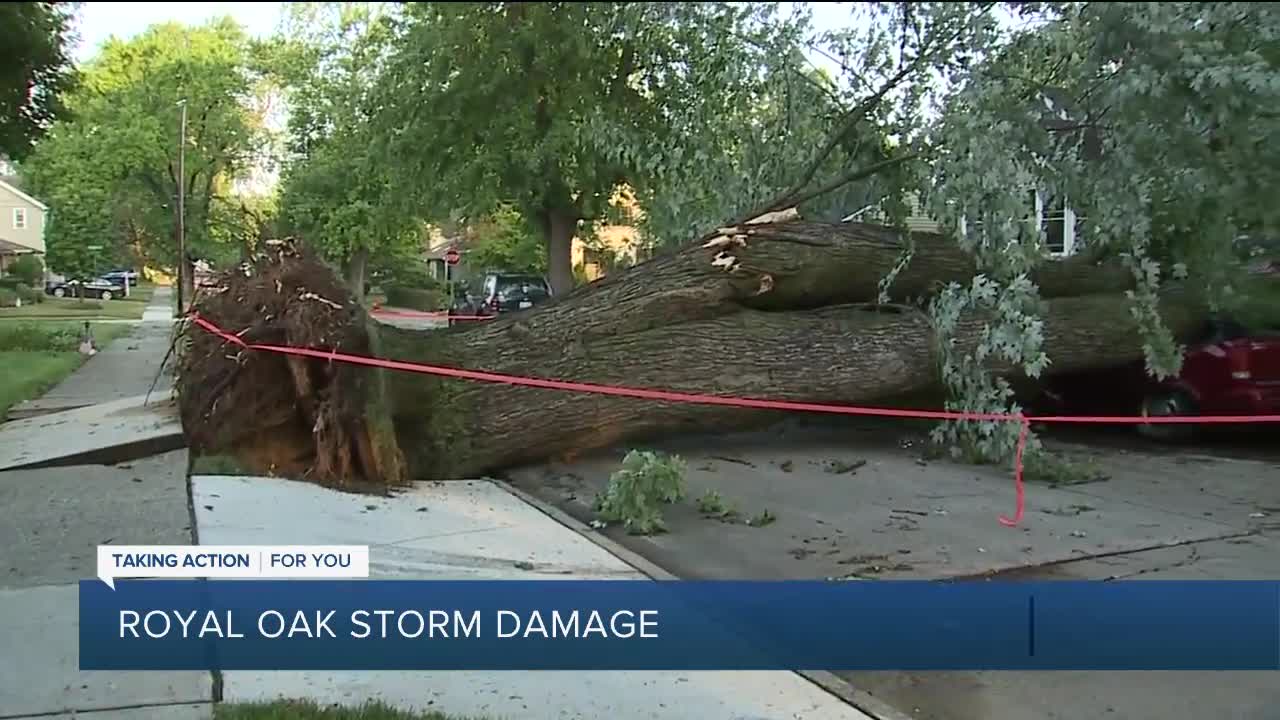 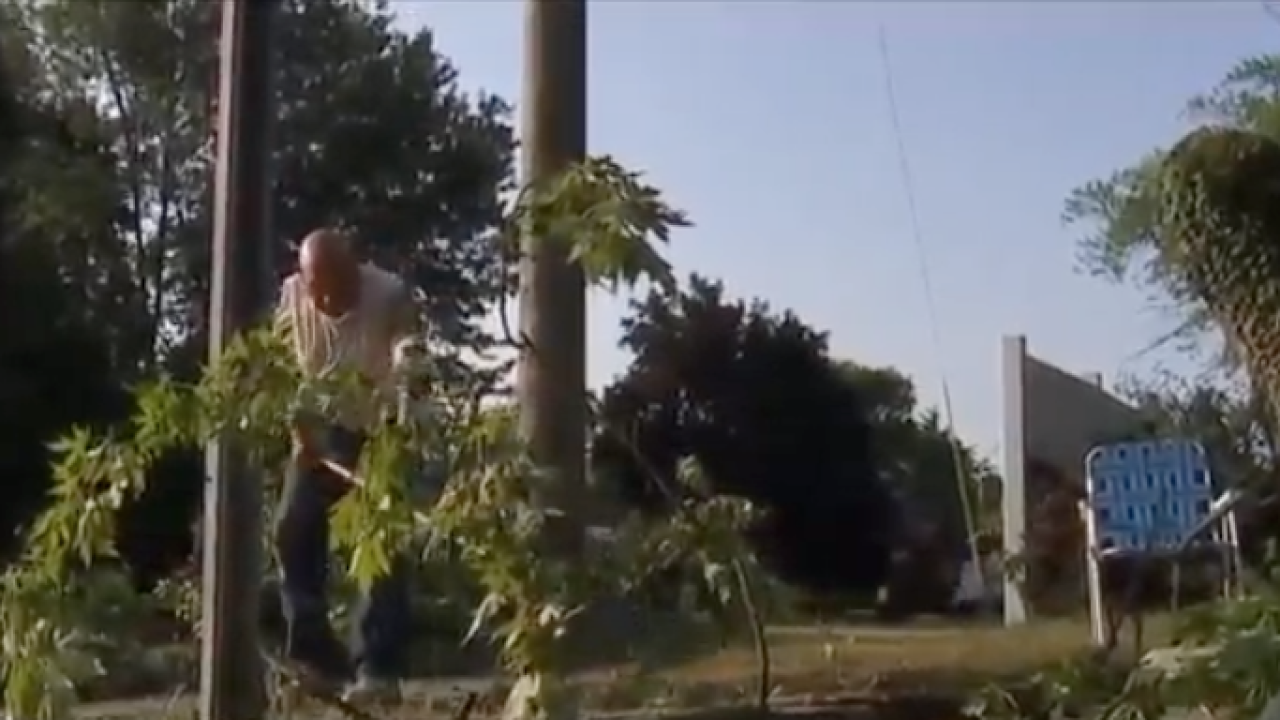 ROYAL OAK, Mich. (WXYZ) — Storms on Tuesday evening took down branches and even toppled some trees in Oakland County.

A handful of residential blocks in Royal Oak still don't have power.

Royal Oak resident Patrick Slayton said he has delayed buying a generator, but now, with another day slated to hit the 90s, he's thinking about making the purchase.

Slayton and his neighbors lost power during the round of storms that hit Southeast Michigan.

DTE crews have been dispatched to Royal Oak trying to restore power to residents. Metro Detroit is still under a heat and air advisory, which could make clean-up a bigger headache.

Joe Peters, who has lived on Mount Vernon in Royal Oak for a long time, faced the heat and humidity Wednesday morning cleaning up downed branches in his yard.