Trees down in Dearborn after storms roll through the area 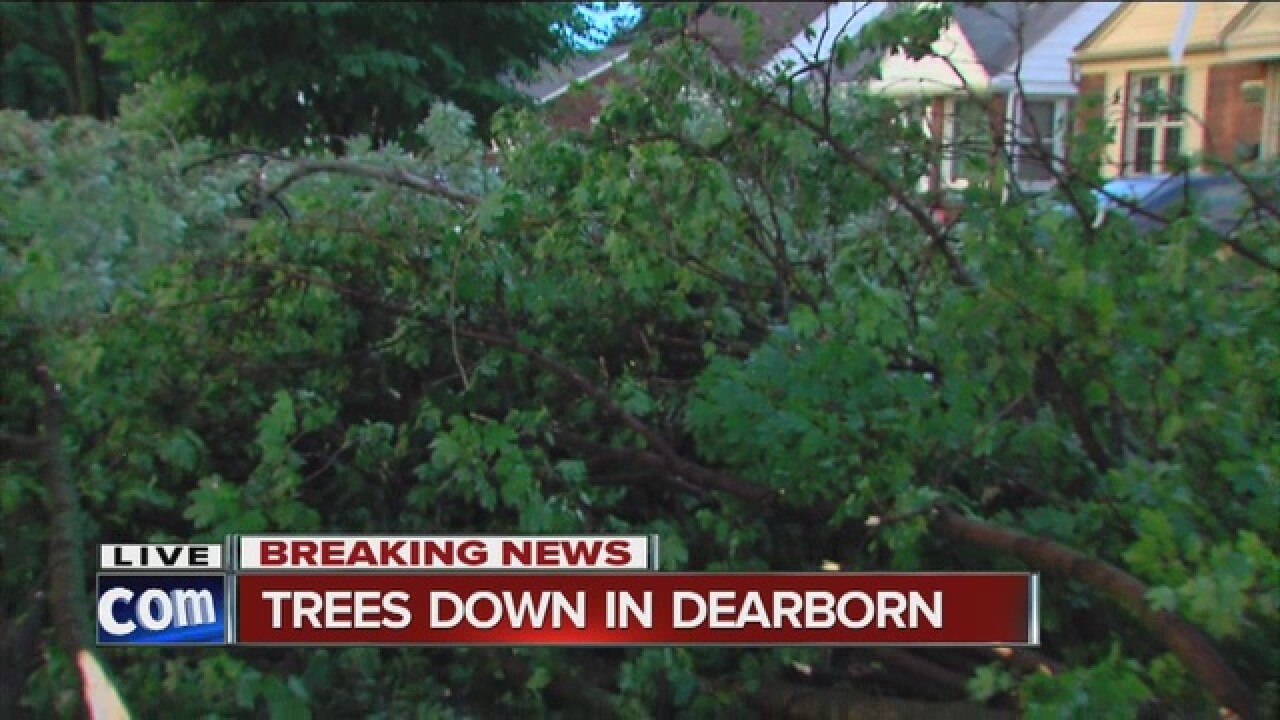 Storms that rolled through metro Detroit early this morning took down several trees in Dearborn.

The damage is extensive near Audette Street and Crescent.

Branches were snapped in half and some cars suffered damage.

Crews are on the scene to also investigate possible downed power lines.

"What a shock this morning," said a neighbor whose car was damaged by falling tree limbs.

More than 2,000 people are without power this morning, mostly in Pontiac, after the early morning storms.

WATCH THE FULL REPORT IN THE VIDEO PLAYER ABOVE.