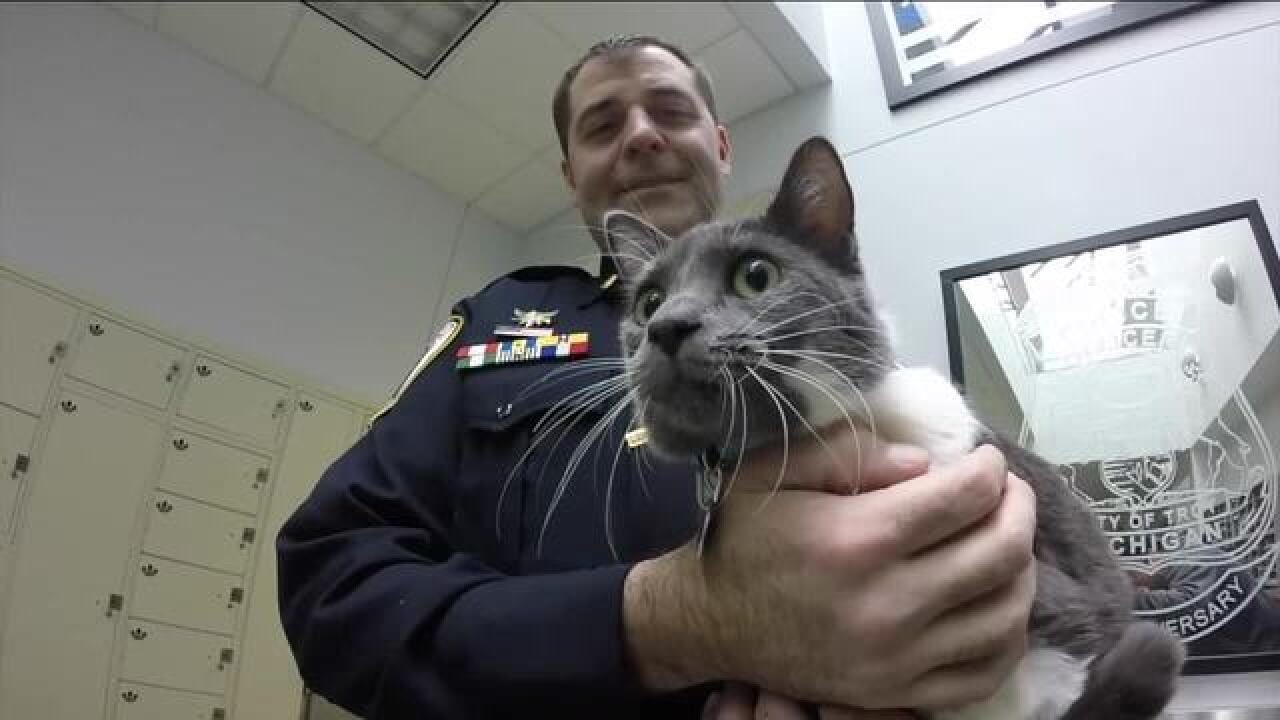 Just one month after the Troy Police Department put out a call for followers in order to get a police cat, the department will "interview" three police cat candidates on Friday.

With the help of the Michigan Humane Society, the three candidates will interview on Friday morning.

On March 6, the department put the call out on Twitter saying if they got 10,000 followers by April the chief said they could get a police cat.

Just over a week later, the department surpassed that goal.

Something big is happening this Friday. Hint, hint... #PoliceCat pic.twitter.com/gkpMCcs3Zv

They will have to pass a background check; cats caught with catnip need not apply.

"Friendly and works well with the public just like officers," Troy Police Sg.t Megan Lehman explained. "There's a bunch of other skills we think cats have that are law enforcement skills too, like being able to watch people, being alert."

No taxpayer money will be used to care for the police cat.

So, what will the cat's name be?

Troy police will turn to social media for that.

"Probably some type of naming contest."