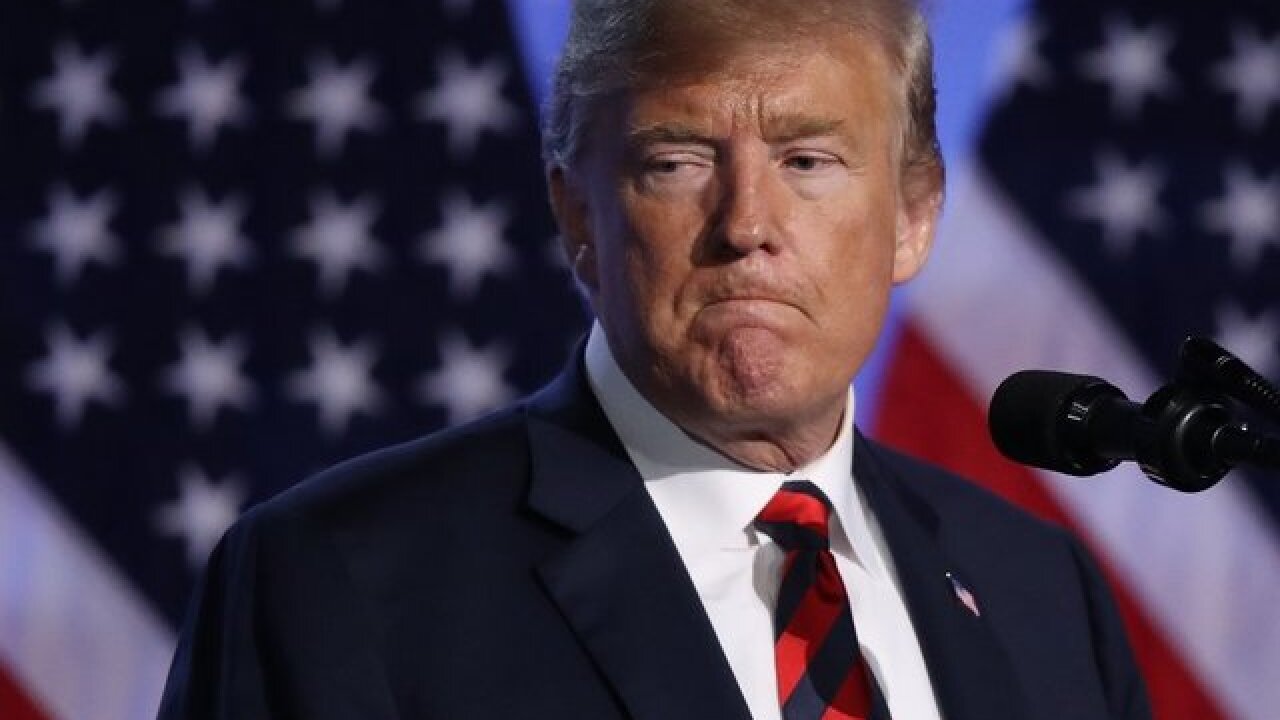 President Donald Trump is challenging by name the woman accusing his Supreme Court nominee of sexual assault, saying if the attack she alleges were that "bad" then she would have filed charges.

Trump tweeted Friday: "I have no doubt that, if the attack on Dr. Ford was as bad as she says, charges would have been immediately filed with local Law Enforcement Authorities by either her or her loving parents. I ask that she bring those filings forward so that we can learn date, time, and place!"

The president previously had avoided naming California college professor Christine Blasey or casting doubt on her account. Ford alleges Kavanaugh sexually assaulted her more than 30 years ago when they were teenagers. Kavanaugh has denied the allegations.