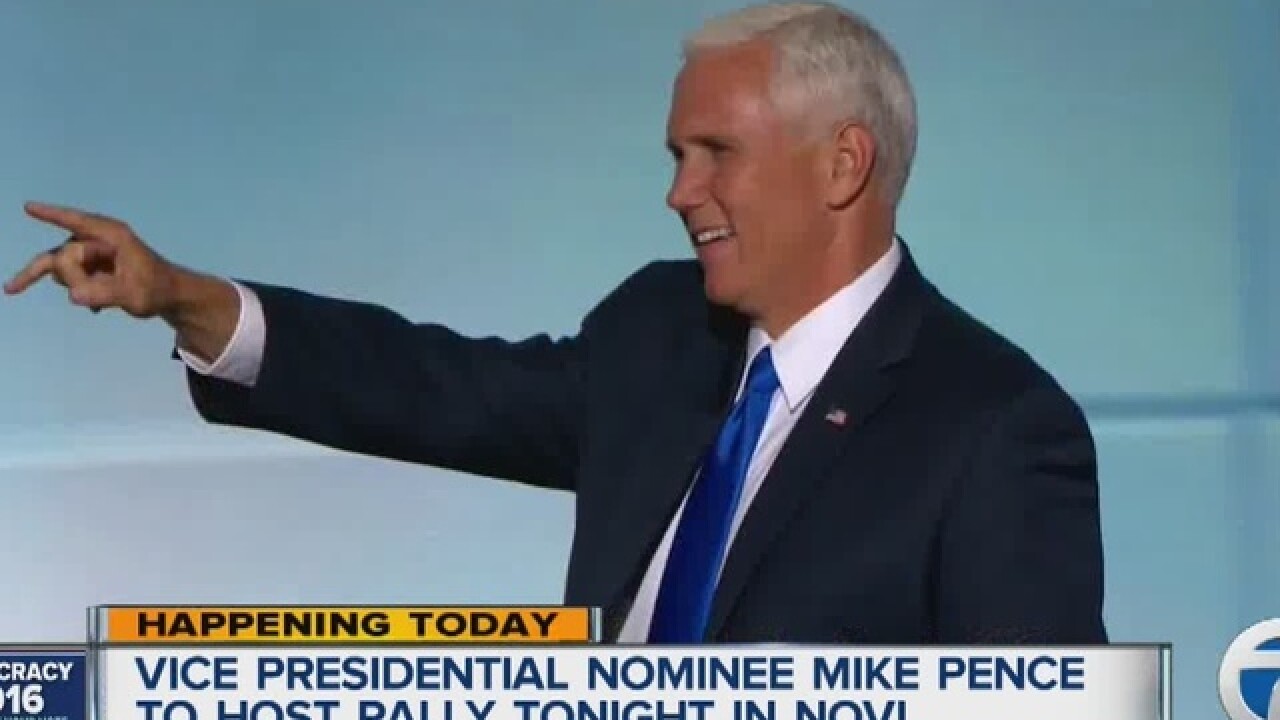 Donald Trump's running mate, Mike Pence, has made his first public appearance as the Republican VP candidate in Michigan.

Pence was just introduced to the nation two weeks ago as Trump's VP pick.

Pence began his day in Grand Rapids and then moved to Novi to speak at the Diamond Center at Suburban Collection Showplace in the evening.

Michigan is a battleground state, so we can expect to see a lot of campaign stops from both sides of the ballot.

Last night, Trump spoke in Toledo, Ohio where he promised to fight for votes.