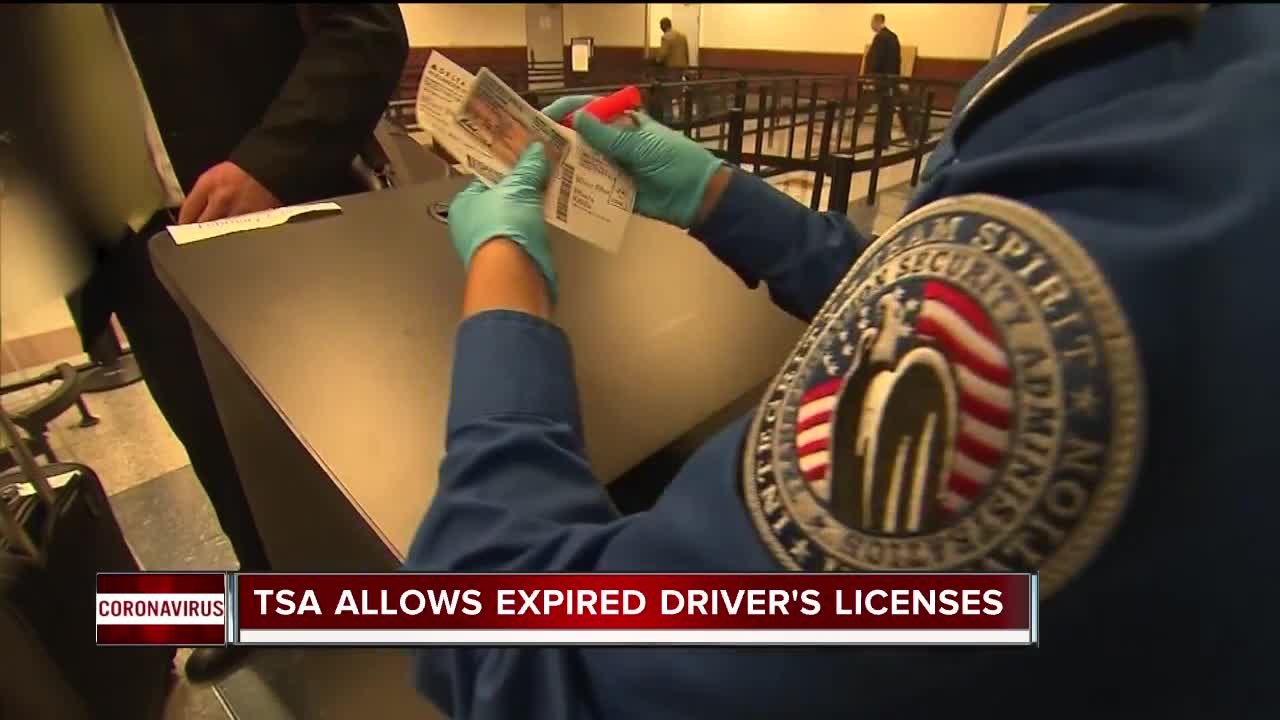 (WXYZ) — The Transportation Security Administration has announced it will allow use of expired driver's licenses when traveling – but only during a grace period.

The agency tweeted out it is making an exception for people with driver's licenses that experienced beginning March 1 and who are unable to get it renewed.

TSA will allow those with driver’s licenses that expired beginning March 1, and who are not able to renew their license, to use it as acceptable ID at checkpoints for 1 year after expiration date, plus 60 days after the #COVID19 national emergency: https://t.co/wn6dItY9zB pic.twitter.com/4MP04hQhma

That expired ID will be acceptable at airport security checkpoints for one year after the expiration date, as well as 60 days after the coronavirus national emergency ends.

President Trump declared a national state of emergency on March 13 amid the novel coronavirus pandemic, a move that he said would free up $50 billion to fight the spread of the disease.

Trump's order also called for states to set up emergency centers, called on hospitals to activate emergency preparedness plans and granted new powers to the Health and Human Services Secretary.