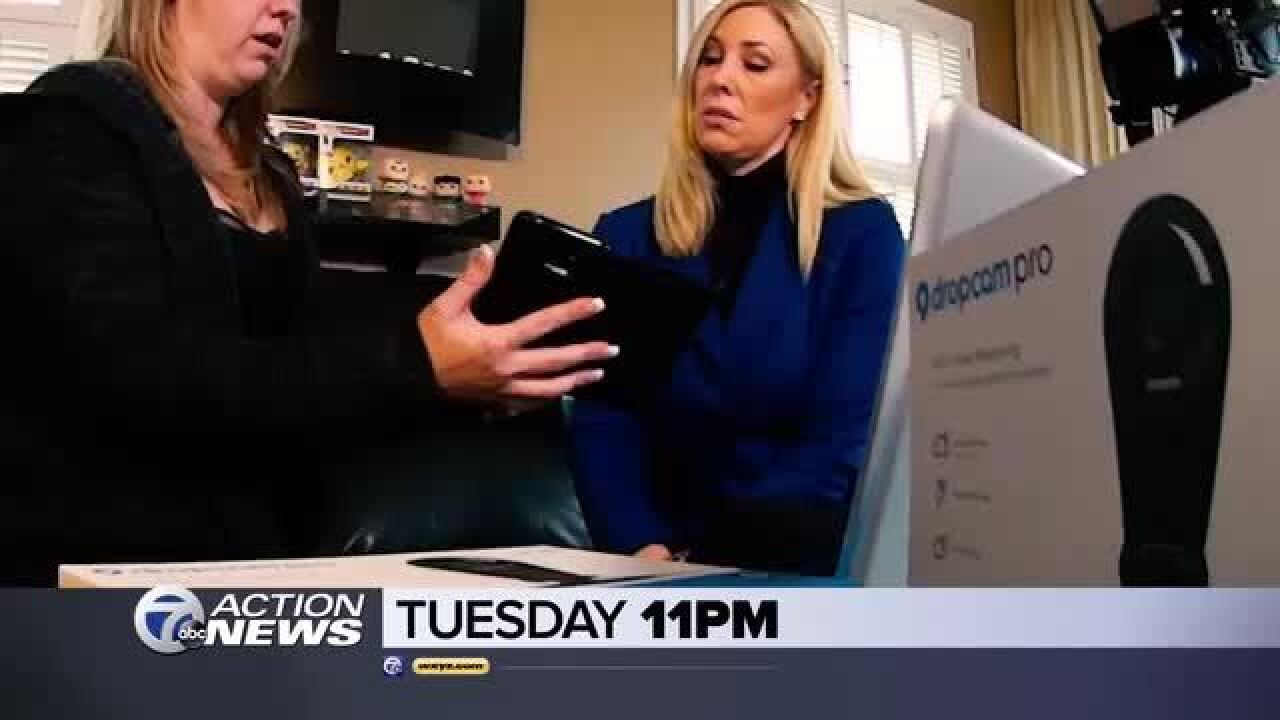 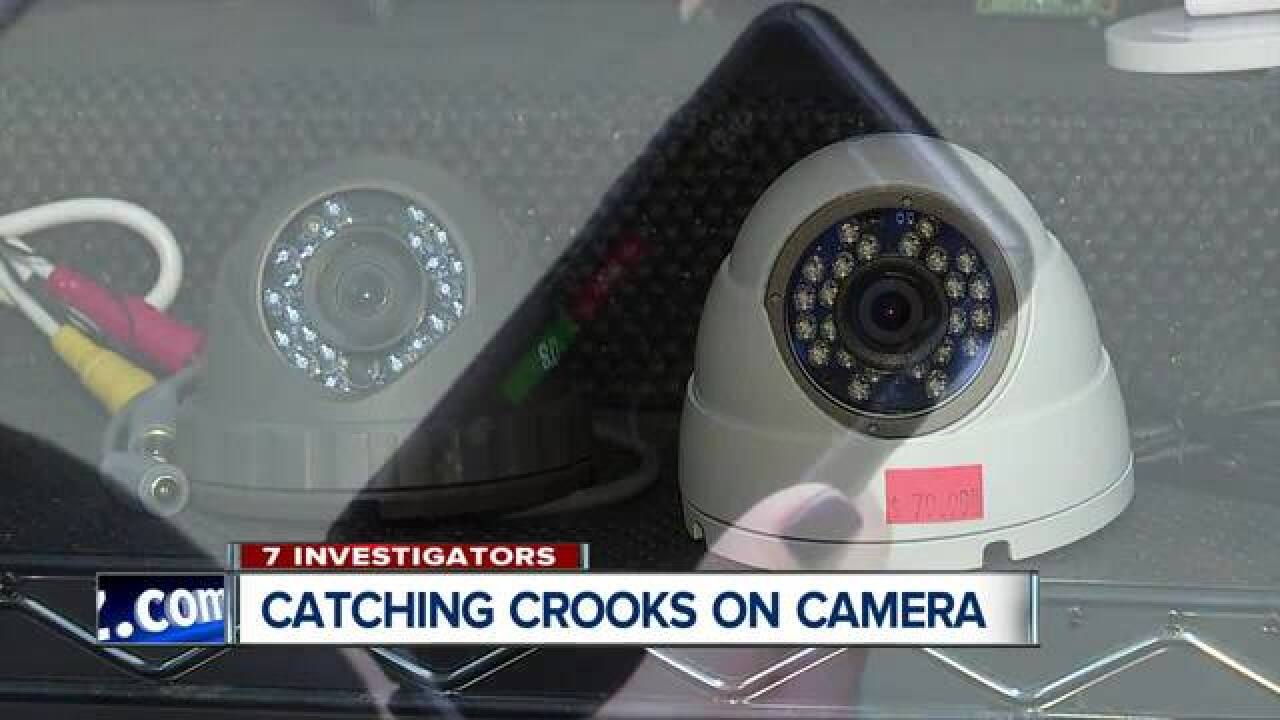 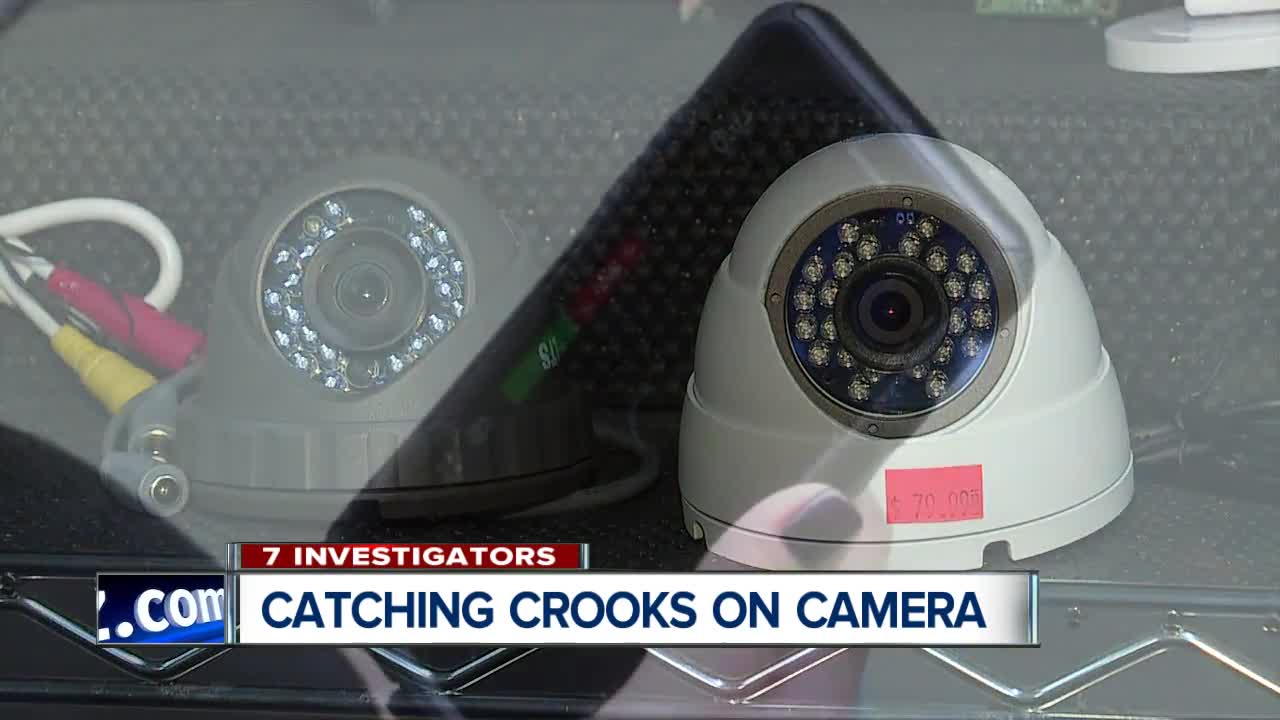 It’s becoming more common for thieves to swipe packages after they’re delivered to your home, and the “porch pirates” are becoming more brazen.

Security cameras can help, but are they actually affordable?

An estimated 23 million Americans have had online purchases stolen from their front doors.

Robyn Anderson first decided to install a camera at her Madison Heights home to protect her kids from anyone coming in to their house.

“It’s a sense of peace, I can chime in and look out my door and tell them who’s knocking at the door,” Anderson told 7 Investigator Heather Catallo.

Anderson never thought her new camera would end up busting one of her own neighbors on the outside of her home.

“I couldn’t believe it,” said Anderson.

When Anderson didn’t receive some jewelry that she’d ordered online, she scrolled back through her surveillance video and found video of a woman approaching her front porch and swiping the package that had just been delivered.

“The fact that she was able to just to come up to my house and do this and nobody noticed that quick,   that kind of shocked me,” said Anderson.

Anderson immediately posted the footage online to warn her neighbors and to help the police catch the suspect.

Police have now issued a warrant for the 40-year-old who lives right around the corner from Anderson.

“The cameras are a little costly at first, but the overall monitoring and the sense of peace of mind is awesome,” said Anderson.

The cameras Anderson purchased usually run around $200 a camera.

Gary Kaye from Spy Ops in Southfield says demand is growing for security cameras, especially now that you can monitor most of them from your smartphone.

Kaye says to keep costs down, you should use a DVR so you don’t have to pay for cloud storage.

One model “…comes with your DVR which has one terabyte hard drive, mobile optimization so you can watch it on your smart phone, 4 cameras, your cable, your power supplies – everything you need and it’s all a do it yourself kit,” said Kaye.

If you want your cameras hard-wired, you’ll probably need to pay someone to install them.

Kaye says there are several wireless options you can easily set up yourself for even less money.  If you mainly want video inside your home, you can always choose the stand-by nanny cams that record right onto an SD card.

As for Robyn Anderson, she’s so grateful she had a security camera on her porch – she’s now adding more.

“This has gotten me to actually cover more areas of my house outside that I wasn’t thinking of.  So I’ve decided to kind of expand and go all the way around the perimeter of the house,” said Anderson.

The suspect in the package theft in that Madison Heights case is now charged with misdemeanor larceny, and she already has a lengthy criminal record.

If you do capture a crime on video, police say they would prefer that you bring the video and any other evidence to them before posting it online so they can complete their investigation first.