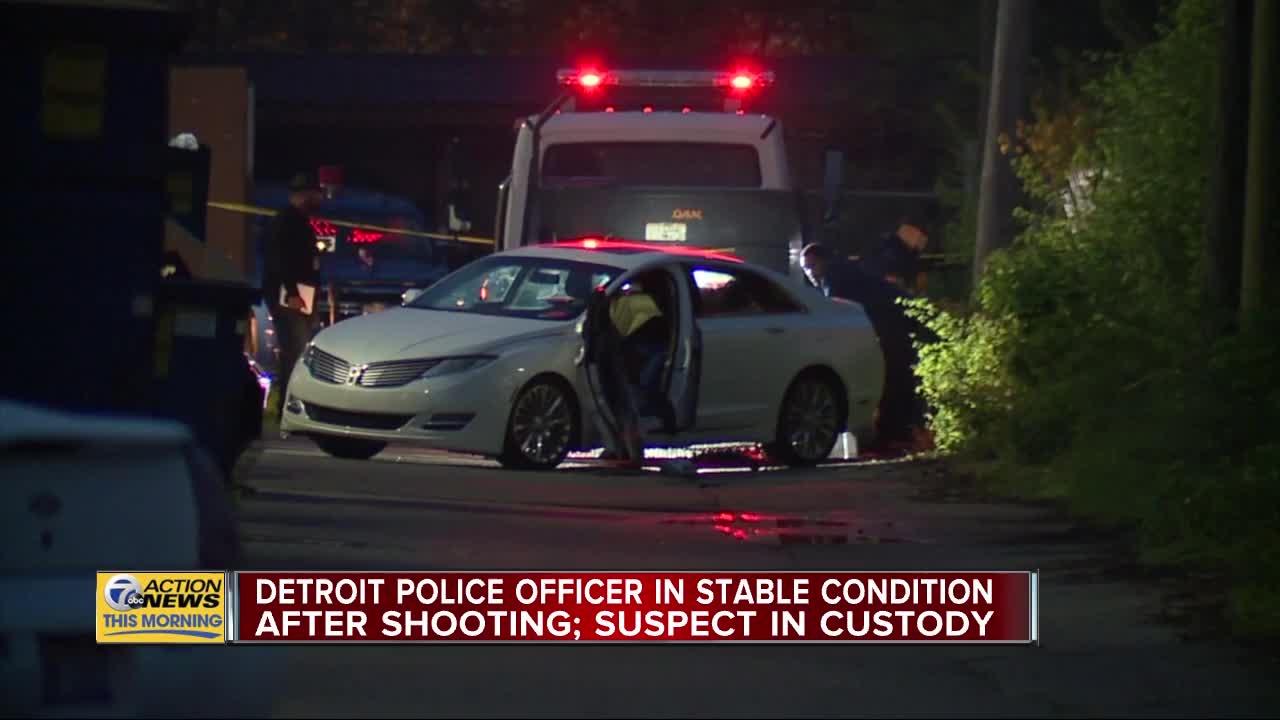 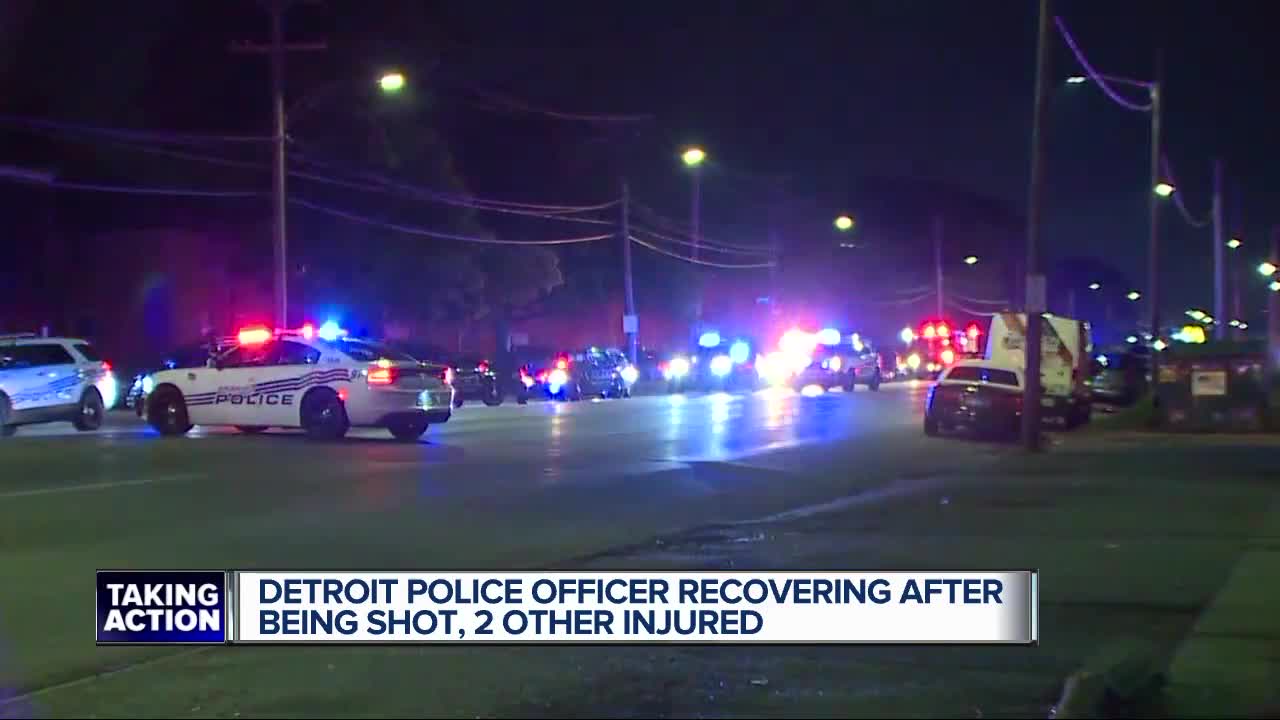 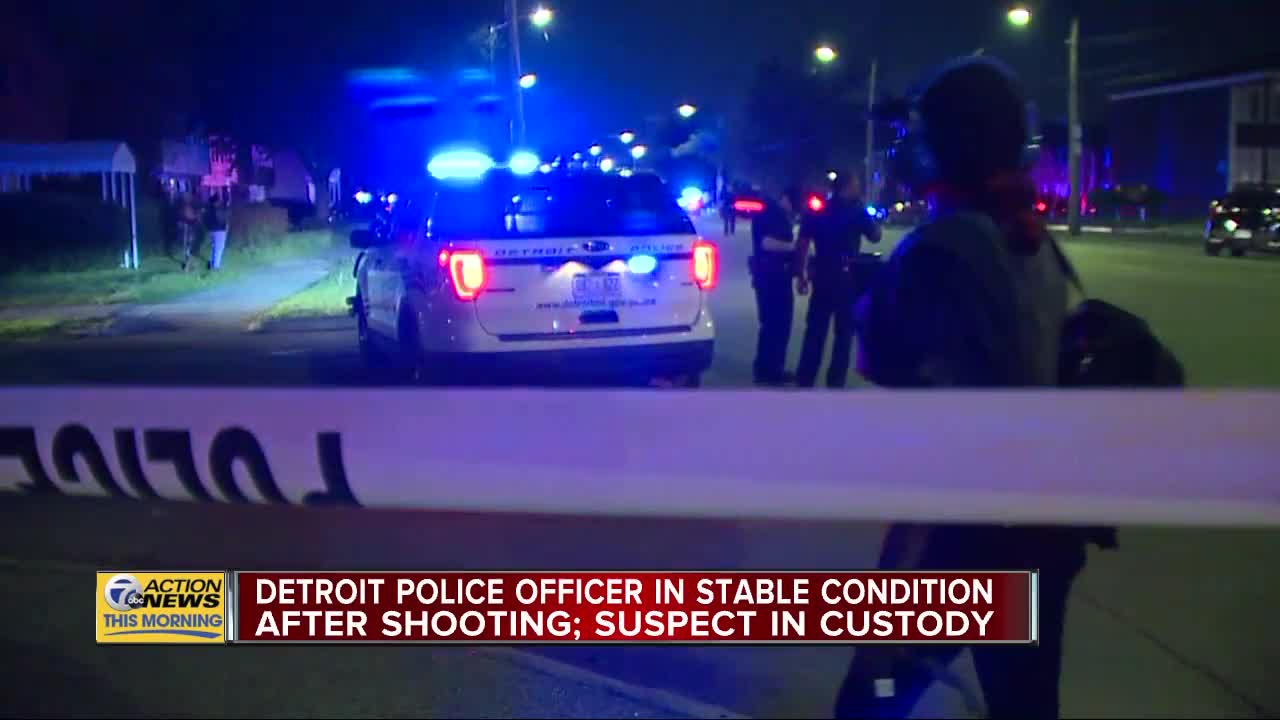 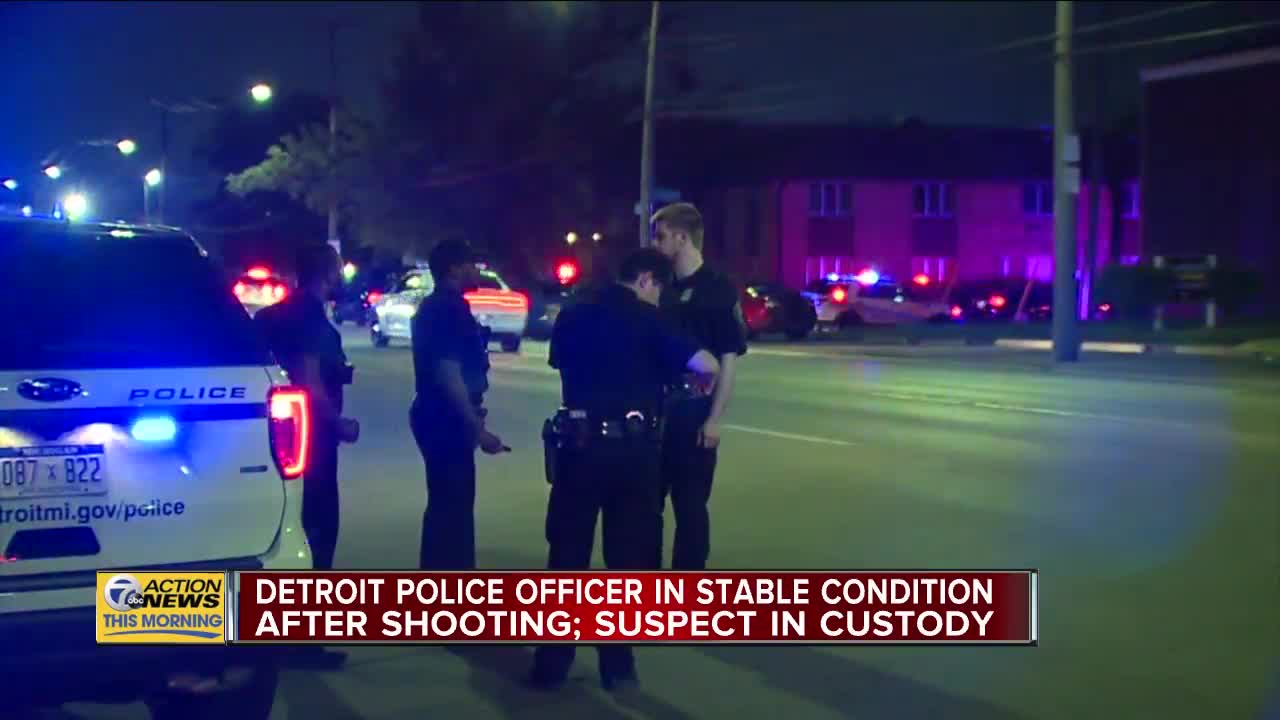 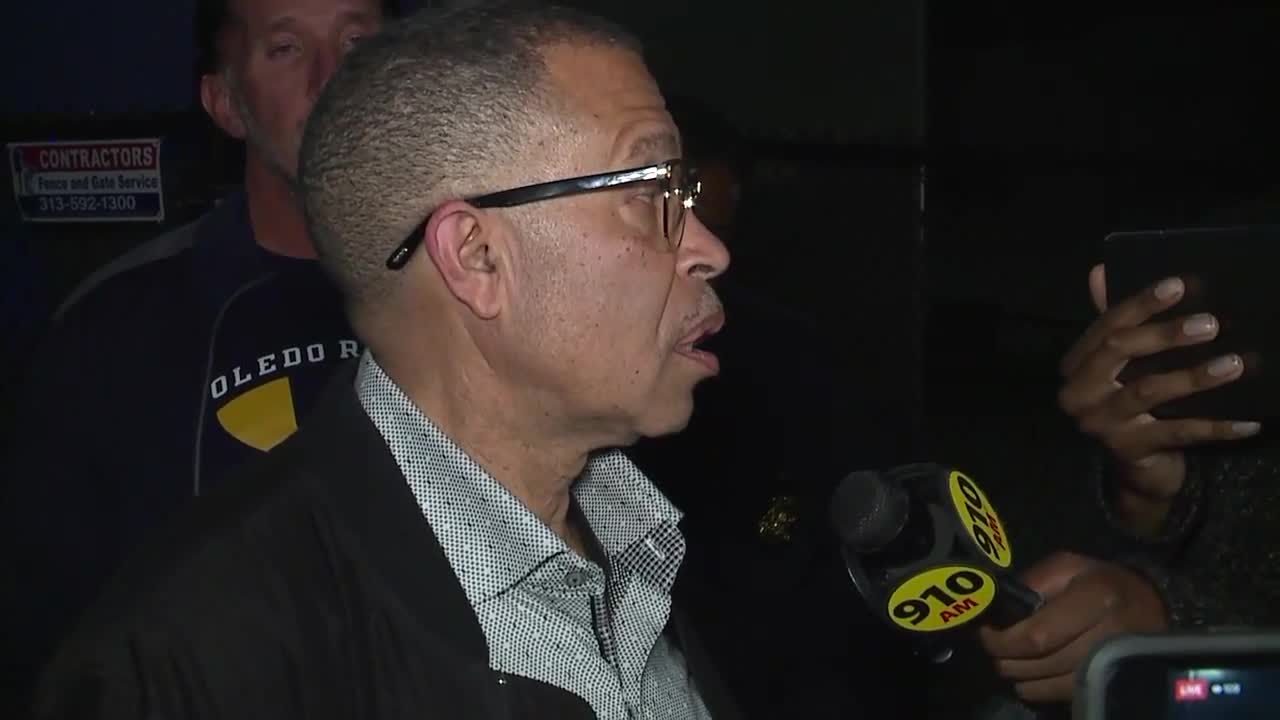 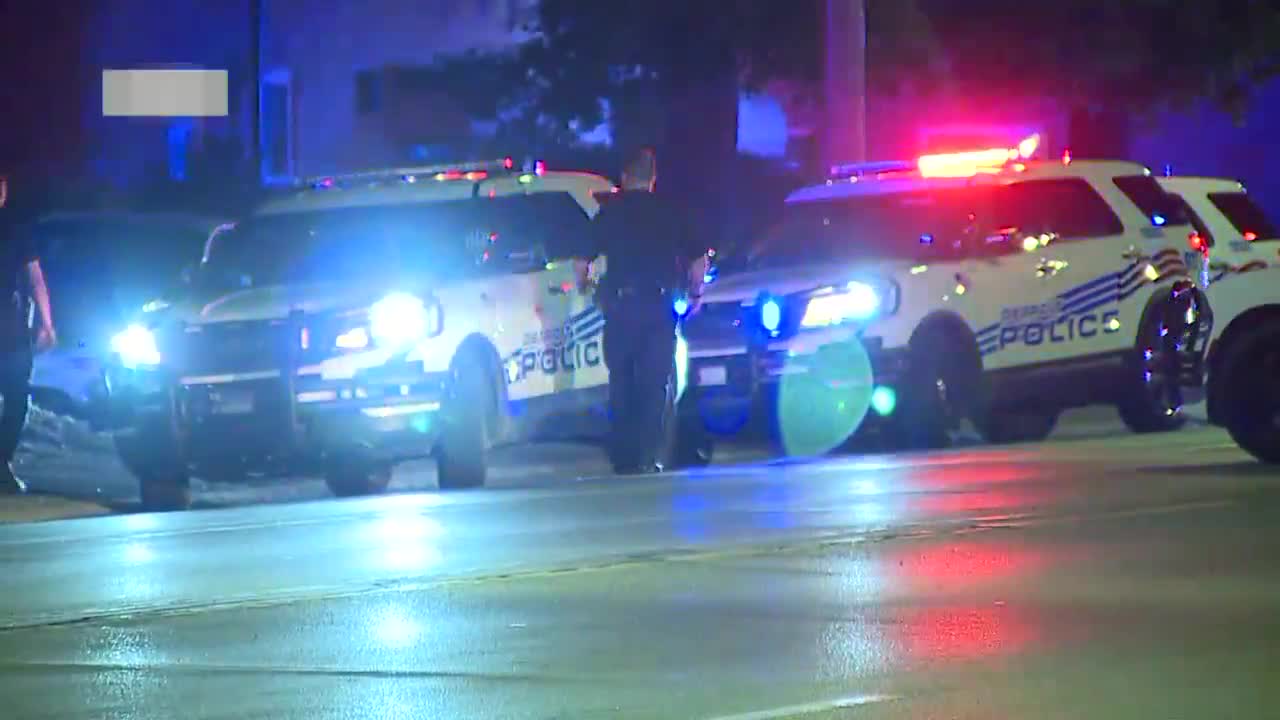 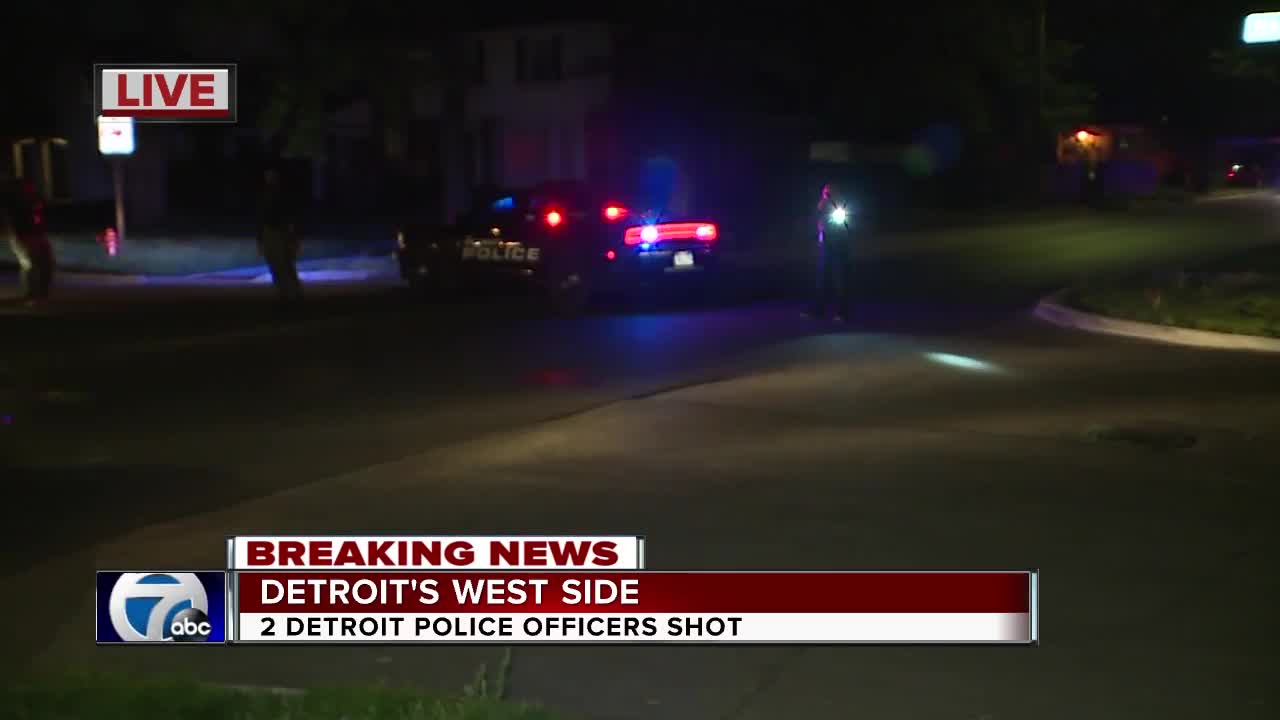 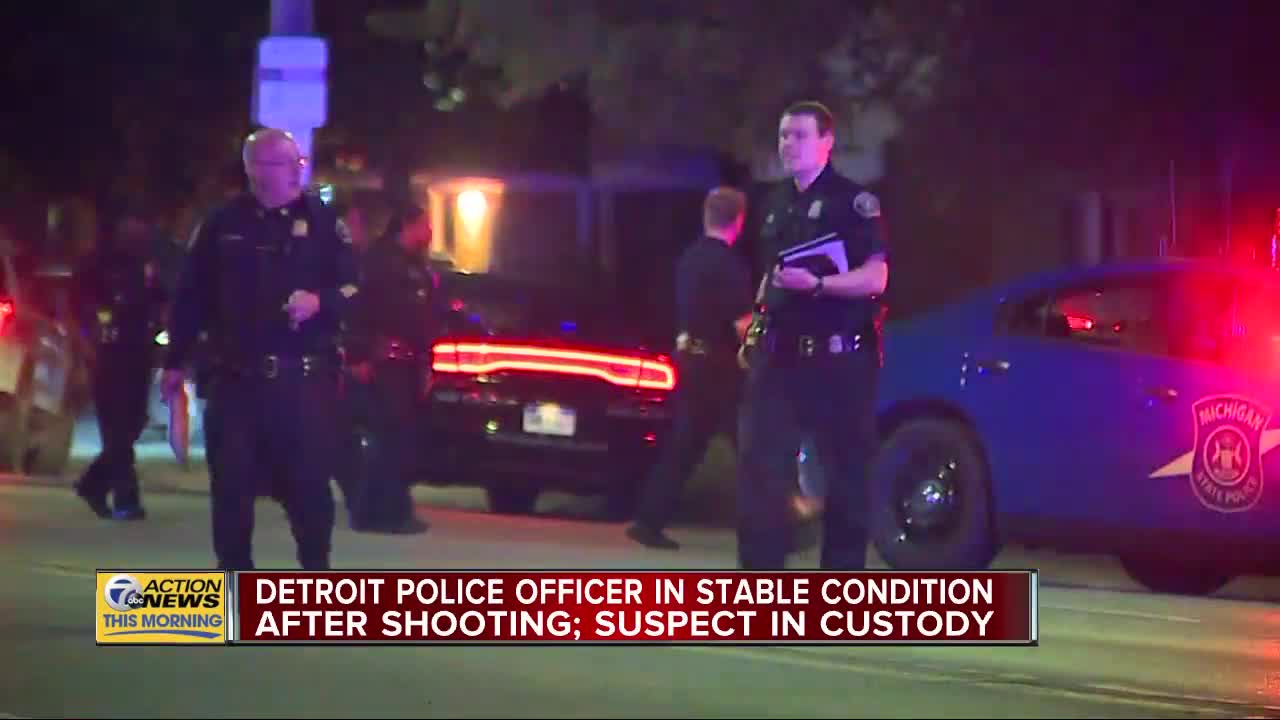 DETROIT (WXYZ) — Detroit Police Chief James Craig said an officer who was shot on the city's west side late Saturday night is hospitalized in stable condition. We're told the suspect is in custody and in critical condition, after being shot five times.

According to Craig, two other people were also injured in the incident, which happened just before 11 p.m. on Greenfield near McNichols.

We're told officers from the 8th precinct found the suspect in an alley. The suspect then backed up into the officers, injuring them, the chief said. The officers were pinned between the police car and suspect vehicle.

Craig said that the suspects were driving down an alley the wrong way at a high rate of speed.

According to Craig, the suspect then got out of his vehicle and fired at police, hitting one officer. Officers fired back, striking the victim five times, according to police.

The chief also said that the suspect, after being shot, took off and broke into a residence. Officers were able to track his blood trail, and eventually took the suspect into custody.

Editor's Note: We were originally told by sources that two officers were shot. This information has been updated to reflect that one officer was shot and two others were hurt