UAW acting president: 'I will not excuse or tolerate any inappropriate actions, period' 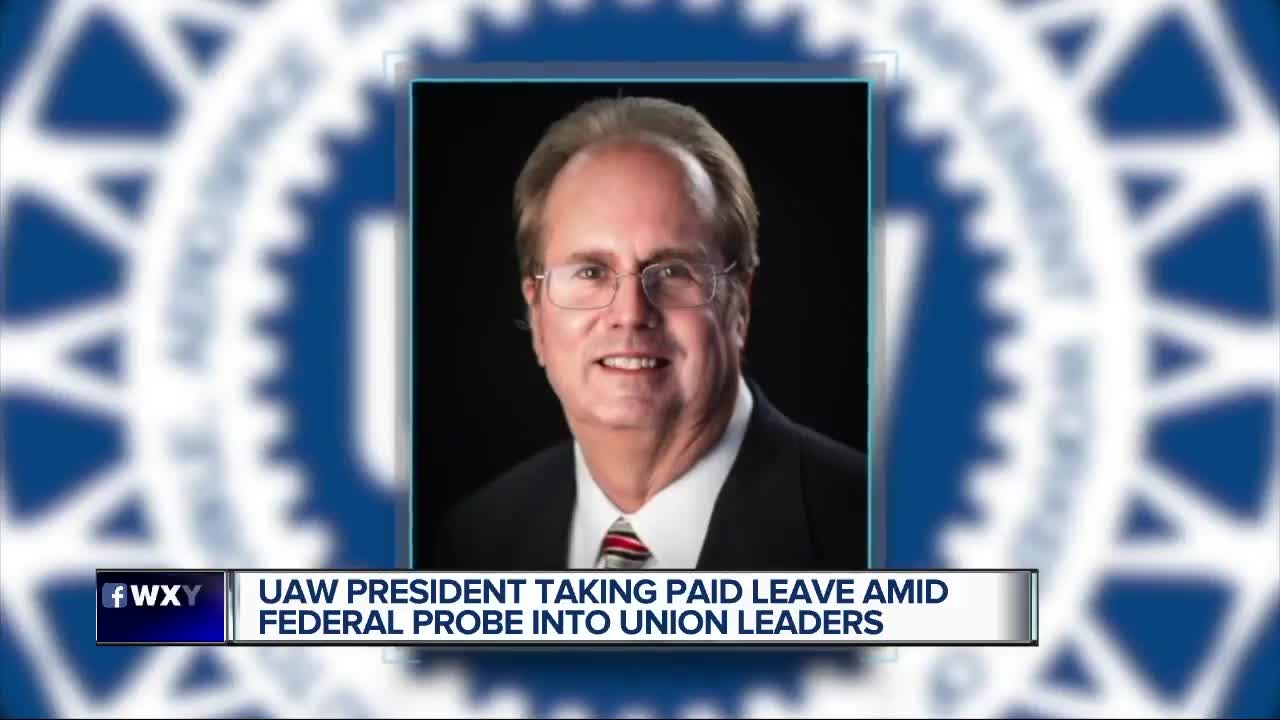 United Auto Workers President Gary Jones is taking a paid leave of absence amid a federal investigation of corruption in the union.

In the message, Gamble said that he is "angry" about recent events concerning members of the union's leadership, but "I am not here to pre-judge anyone."

Gamble took over as acting president after Gary Jones, the union's president, announced Saturday he was taking a leave of absence amid a federal investigation into the corruption of the union.

“The UAW is fighting tooth and nail to ensure our members have a brighter future. I do not want anything to distract from the mission. I want to do what’s best for the members of this great union,” Jones said.

He promised he would not tolerate any inappropriate actions in the union.

"From this day on, the UAW must not only adhere to the highest standards of conduct, put in place by former leaders like Walter Reuther. We need to exceed them. And that is my first priority," he said in the letter.

Gamble was previously the director of UAW Region 1A for three terms, and joined the UAW in 1974 when he was hired at Ford's Frame Plant in Dearborn. In 1975, he was elected to serve as a plant trustee.

He is the first African American president in the union's 84-year history.

Read the entire letter below.

This will be the first of many messages to you my Brothers and Sisters. I would like to start this message by saying that I am so humbled to be appointed Acting President of this union by the International Executive Board. And I want to stress how proud I am of you, our membership. I am honored to represent some of the hardest working, creative and caring workforces in this nation.

I am here because of you, to work for you and to work alongside you. And our hard-working International Representatives are here to represent you as well.

I know recent events concerning members of our leadership have disappointed and angered many of you. I am angry as well, but I am not here to pre-judge anyone. I am here to take this union forward. However, I want you to know that I will not excuse or tolerate any inappropriate actions, period. That is my promise to you. From this day on, the UAW must not only adhere to the highest standards of conduct, put in place by former leaders like Walter Reuther. We need to exceed them. And that is my first priority.

Together, we will prosper as a union and we will continue our hard work in our communities and for all working men and women. I believe in the core values of the UAW, of your hard work, your honesty, your commitment to family and your neighbors, and the values you take to work every day.

This will be the first of many messages to my brothers and sisters. I want you to know that I will be communicating with you regularly on how this union will adapt and grow stronger. We will undertake measures to make sure that happens.

I want to remind us all that it was this union that built the Middle Class. We have an obligation to continue to be the voice and protector of working men and women in this country.

I ask for your prayers and support in these days ahead. It is an honor to serve you. And together, with the support of my family, my UAW brothers and sisters and the International UAW staff, we will move this union forward.

Thank you for the opportunity to be your Acting President.