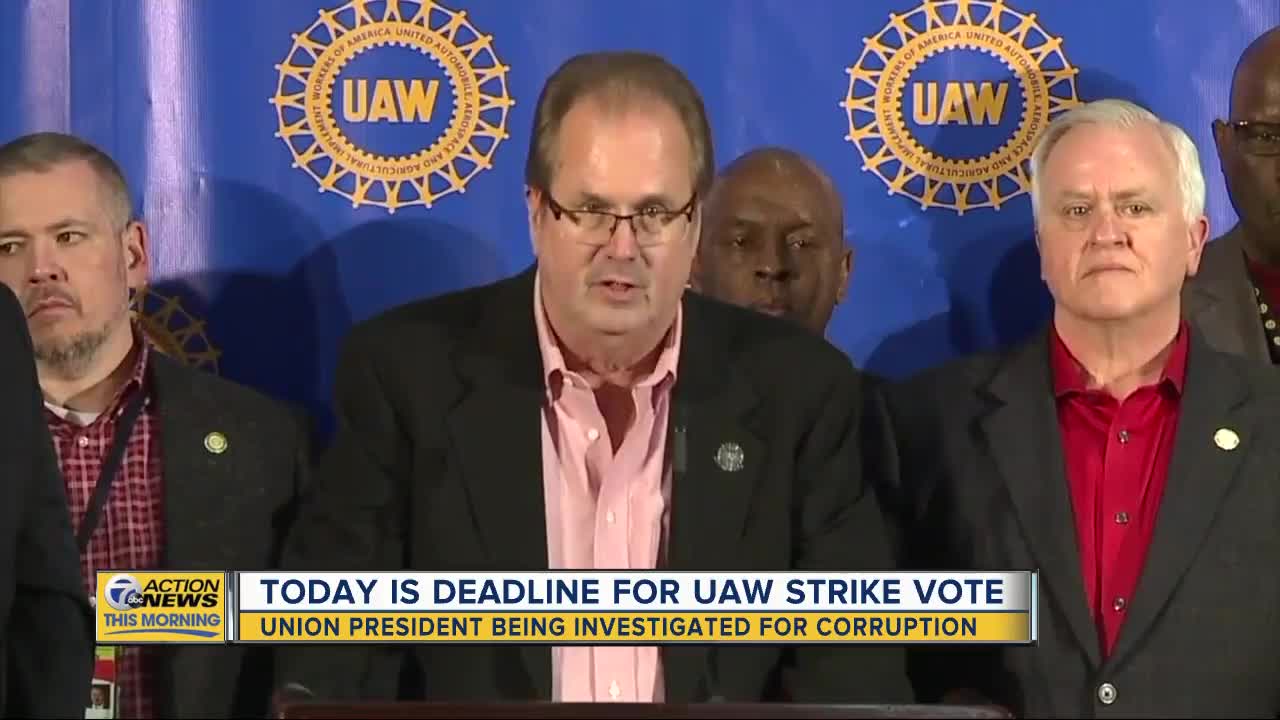 DETROIT (WXYZ) — UAW members at Ford, General Motors and Fiat Chrysler have voted to authorize a strike if necessary amid contract negotiations. The union will also start negotiations with GM and then move on to the other two automakers from there.

On Tuesday, the union released the total votes for the strike authorization. Each local voted independently, and the totals came to:

The vote doesn't mean that there will or won't be a strike, but it does give the UAW president and board to call for a strike if necessary.

“No one goes into collective bargaining taking a strike lightly. But it is a key tool in the toolbelt as our bargaining team sits across from the company,” UAW President Gary Jones said in a statement. “Ultimately, the company holds that destiny in their hands as they bargain. Clearly the UAW stood up for them in a very dark time, now that they are profitable it is time for them to stand up for all of us.”

Contracts with the Big 3 are set to expire on Sept. 14, and negotiations will likely intensify more after the vote. Shortly after the strike vote totals were announced, the UAW said they would begin bargaining with GM to start.

“Mary Barra said from the outset of these talks that we will stand up as we tackle a changing industry. We are ready to stand strong for our future,” Jones added.

“We look forward to having constructive discussions with the UAW on reaching an agreement that builds a strong future for our employees and our business," GM said in a statement.

During the events surrounding those handshakes, union officials said they considered this their "make up year" where they would recoup some of what they agreed to give up as Chrysler and GM wen through bankruptcy. They say the automakers need to share the wealth as they make big profits over the last few years.

The vote also comes amid an FBI, IRS and Department of Labor investigation into bribery allegations among UAW presidents across the country.

Investigators were at Jones’ house in Canton for for about six hours. They did take items from the home in evidence boxes.

The UAW did release a statement yesterday after the investigation that said in part, “There was absolutely no need for search warrants to be used by the government...the UAW has voluntarily responded to every request the government has made throughout the course of its investigation.”