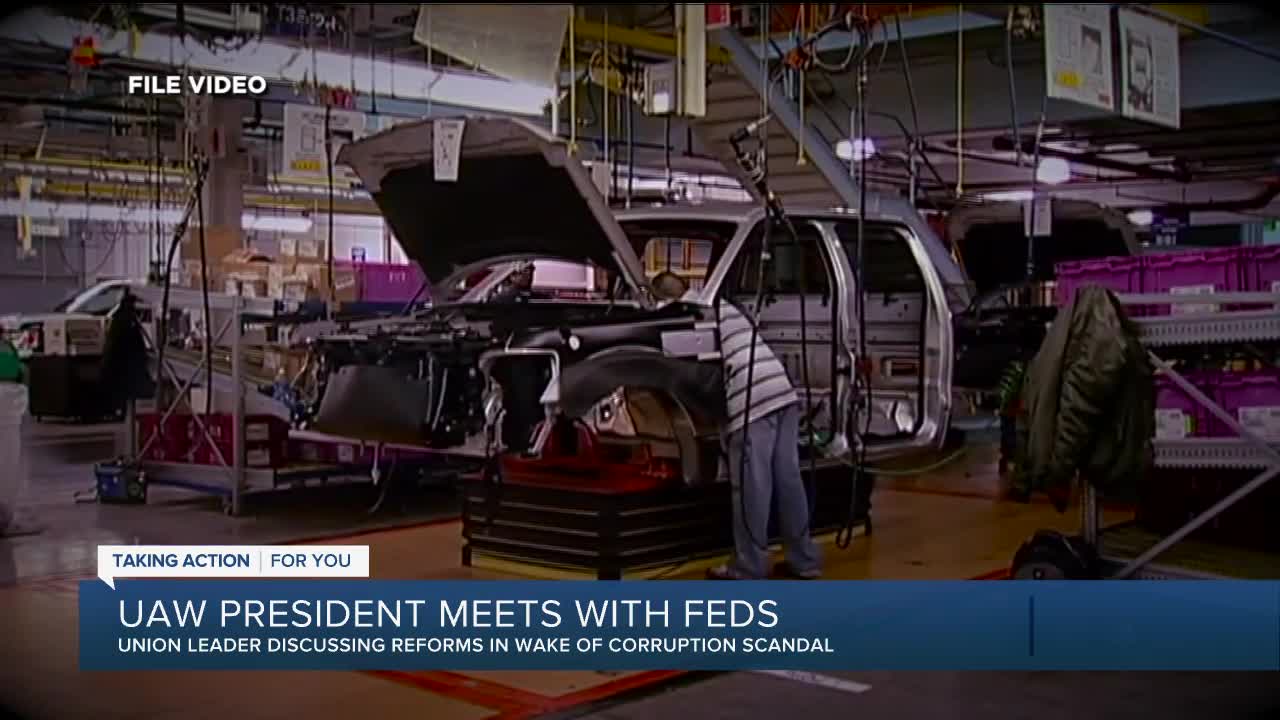 A major step in the future of the United Autoworkers Union takes place Tuesday in downtown Detroit.

(WXYZ) — A major step in the future of the United Autoworkers Union takes place Tuesday in downtown Detroit.

UAW President Rory Gamble will meet face to face with Detroit U.S. Attorney Matthew Schneider to talk about reforms after a dozen union officials have been busted in corruption cases.

The most recent case involves the immediate past union President Gary Jones. All of the cases have ended with plea deals.

The President before Jones was Dennis Williams, who has been implicated by the feds but not charged. In a statement to the membership yesterday, President Gamble said Williams has agreed to pay back to the union $55,000 in inappropriate travel expenses. The union is also selling a home that was built for Williams up north on Black Lake that is worth more than a million dollars.

Schneider has said going into these meetings one of the things the UAW change to direct elections of top officials by the membership, going to a one-member-one-vote process. Currently, members vote on delegates to the union convention who then vote for the top leaders.

The feds could impose a takeover of the union, sign a consent agreement for oversight, or decide the union is on the right track to reforms on its own.

"As I said from day 1, we are committed to recovering any and all dues funds that have been misappropriately spent. I hope this sends a strong message to all UAW leadership that you are stewards of sacred dues dollars and we will do whatever is necessary to protect that oath of office.

Tomorrow, I will meet with the United States Attorney for the Eastern District of Michigan regarding what I hope to be constructive discussion toward the closure of a dark chapter in UAW history. I go into this meeting confident that we will bring this chapter to a close soon and continue to restore your faith in our leadership and our role as the defenders of the working men and women across this great nation of ours. I look forward to our next chapter.

You will receive an update from me tomorrow on these talks."