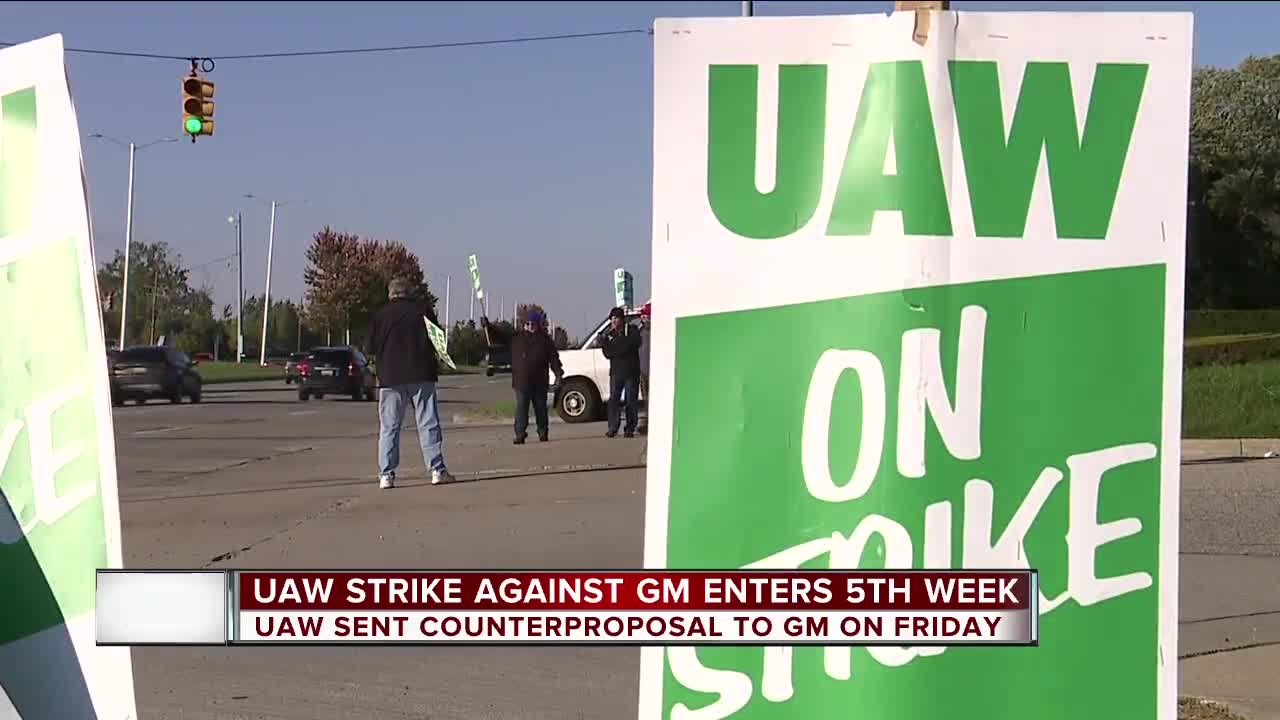 (WXYZ) — Workers have entered the fifth week of the strike against General Motors and it appears a deal is close to being reached.

The UAW sent a counteroffer to GM's offer Friday night. GM has confirmed that it has received the offer and it is under review.

On Saturday, the union announced that striking workers will get a 10 percent bump in their weekly strike pay. Instead of getting paid $250 a week, workers will now be receiving $275 a week.

“As you know our issues are just, we are trying to provide a path for our temporary workers to become seniority workers, we are trying to secure health care that makes sense for our families and all the people around us that we know love, we are also fighting for higher wages and all that goes with that.”