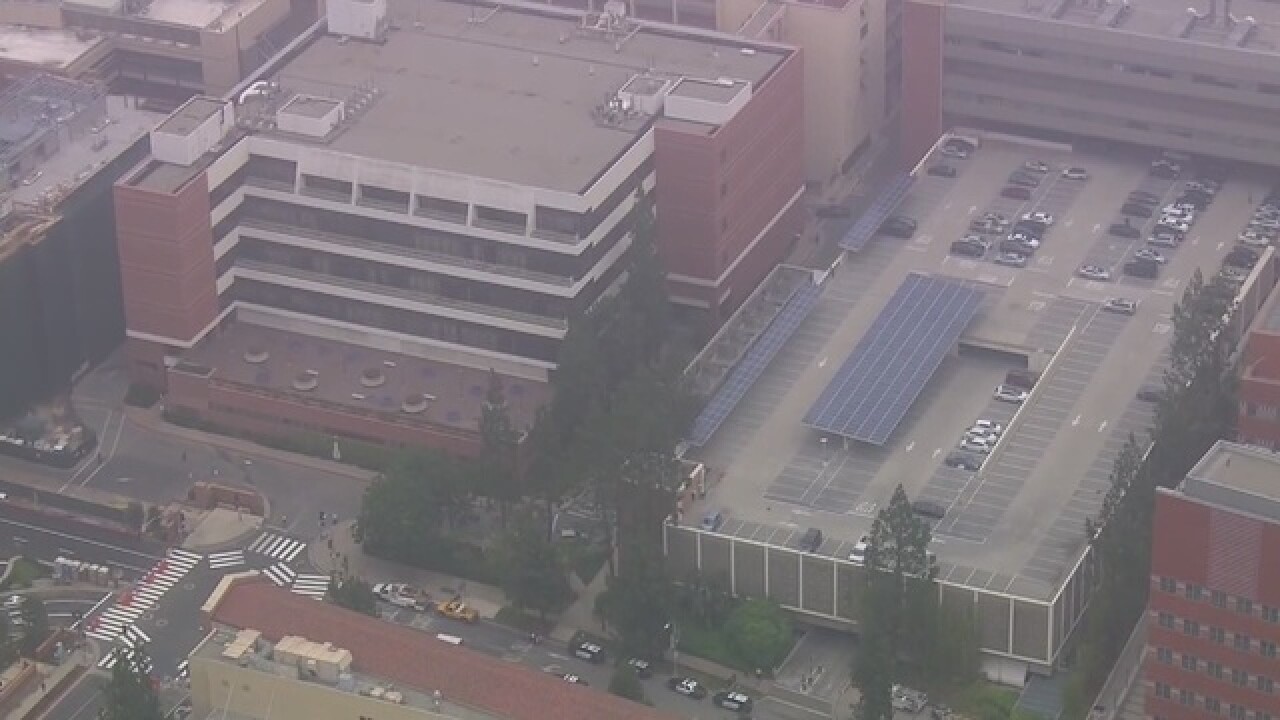 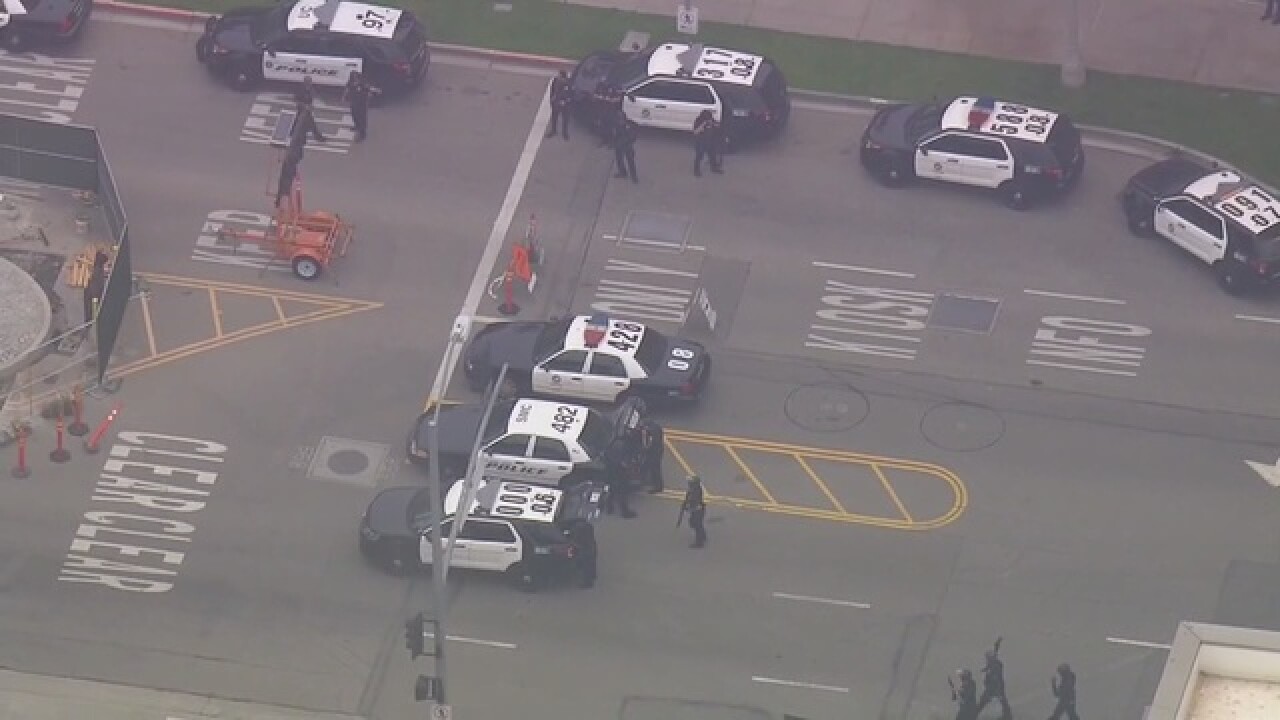 Los Angeles police chief reports that the shooting at UCLA was a murder-suicide. Campus is now safe.

Numerous university and Los Angeles city police officers responded after reports of the shooting. Officers could be seen across campus with weapons drawn.

The school on the west side of Los Angeles is a flagship of the University of California system, with about 43,000 students. It's currently the week before final exams.

My friend's (not pictured) belt being used to augment door locking inside #ucla room. @w