An ugly start to the week 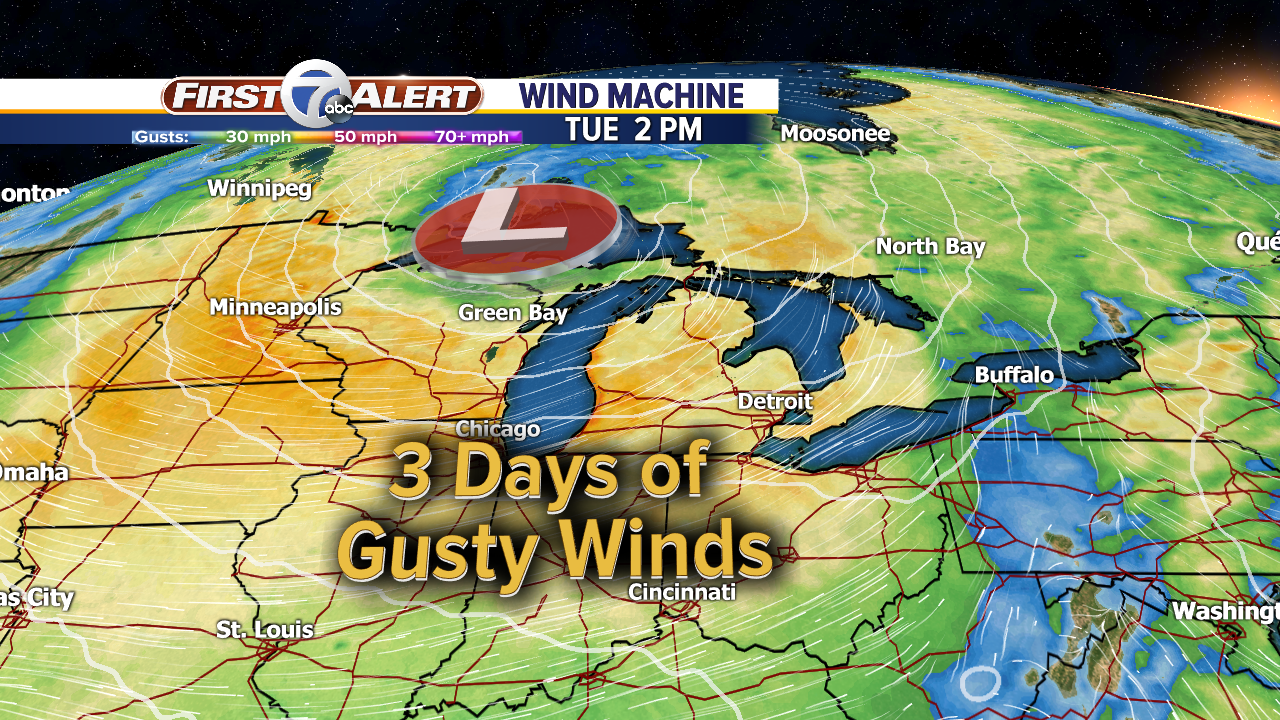 Hang on! Our Michigan weather is "at it again". After a mild and calm weekend, Monday will kick off with some big changes. A strong area of low pressure is headed our way and we'll feel its effects as early as Monday afternoon.

This storm is already producing snow in the Dakotas along with the possibility of severe weather in the southern Plains and Ozarks. Here in Michigan our biggest threats will be heavy rain, storms and gusty winds, which could last for a couple days. Severe weather is not completely ruled out for Metro Detroit but it does appear that the greatest instability will be south of Michigan. This is good news since we'll have plenty of shear in the atmosphere, which is a key ingredient for severe weather when combined with instability.

How the Week Gets Started

Monday will start off quiet at first but around lunchtime the clouds move in and the will winds pick up. Next up will be the rain and storms. Rain timing will be from 3pm - 2am.

Winds are the Bigger Story

Winds are the bigger story for Michigan with gusts near 35+ mph for nearly 36 hours as the storm slowly lift north of Lake Superior. The strongest winds will be from Monday afternoon to Tuesday night. In anticipation of things ramping up, a Lakeshore Flood Advisory is in effect for Monday with the possibility of additional counties being added later.