Update on Buster the dog after he was dumped in Detroit 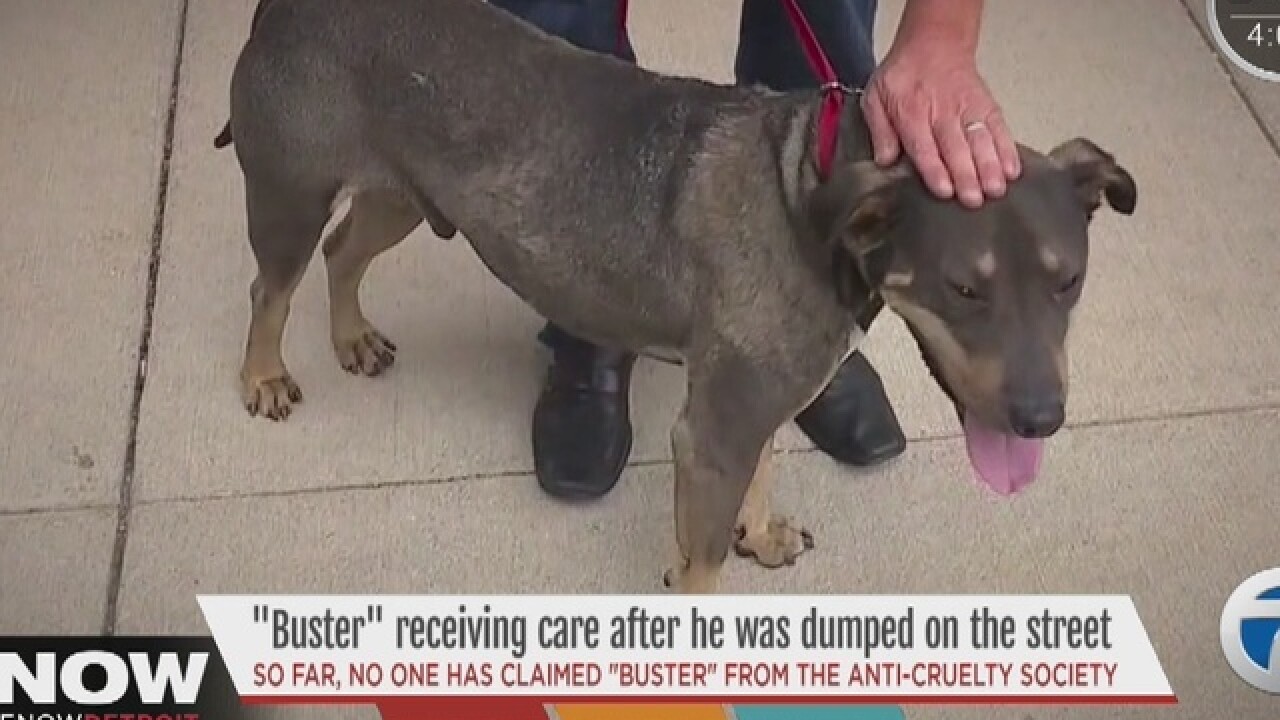 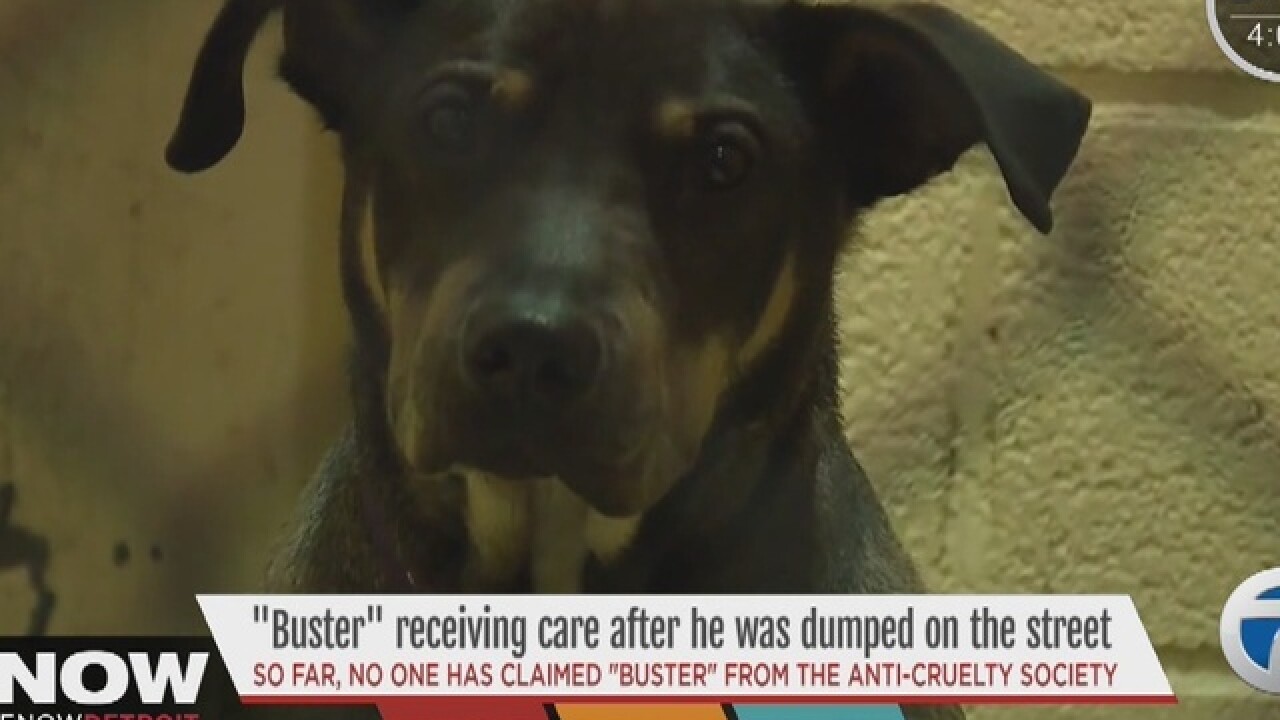 Remember the dog dumped by a white van in Detroit 7 Action News told you about last week?

The dog was picked up by Michigan Anti-Cruelty Society.

He had been on stray hold until Wednesday morning and now he's going to examined and tested.

Health wise, the dog seems fine but they are running into a temperament issue.

Deborah Thurman, the Manager of Michigan Anti-Cruelty Society, said, "We are just taking it day by day."

The dog was seen on surveillance video running after the vehicle after it was dumped.

Some Good Samaritans, who gave him the name Buster, took in the dog and called the animal rescue.

"Even though he is dumped doesn't mean the owner dumped him. Somebody could've stolen him, anything could have happened."

So far, no one has claimed Buster and now that his stray hold has come to an end, he will be given a physical and a temperament evaluation.

"He was very, very aggressive with the food," she said. "So that's a concern we have, we have to think about that placing him should somebody go to touch him when he is eating, is he going to hurt somebody?"

The Michigan Anti-Cruelty Society has other tests in place over the next few days.

They also plan on sending Buster to a foster home, to get out of a shelter environment.

"This is only step one of what we are going to do with him there's a couple of other things we will do with him, we are not going to do it all at one time. We don't want to want to stress him out."'

She said if Buster is not successful in a Foster home, they will consider sending him to another state-licensed shelter with experience on food aggression.

They believe Buster is a pit-bull mix, a couple years old and is heartworm negative.