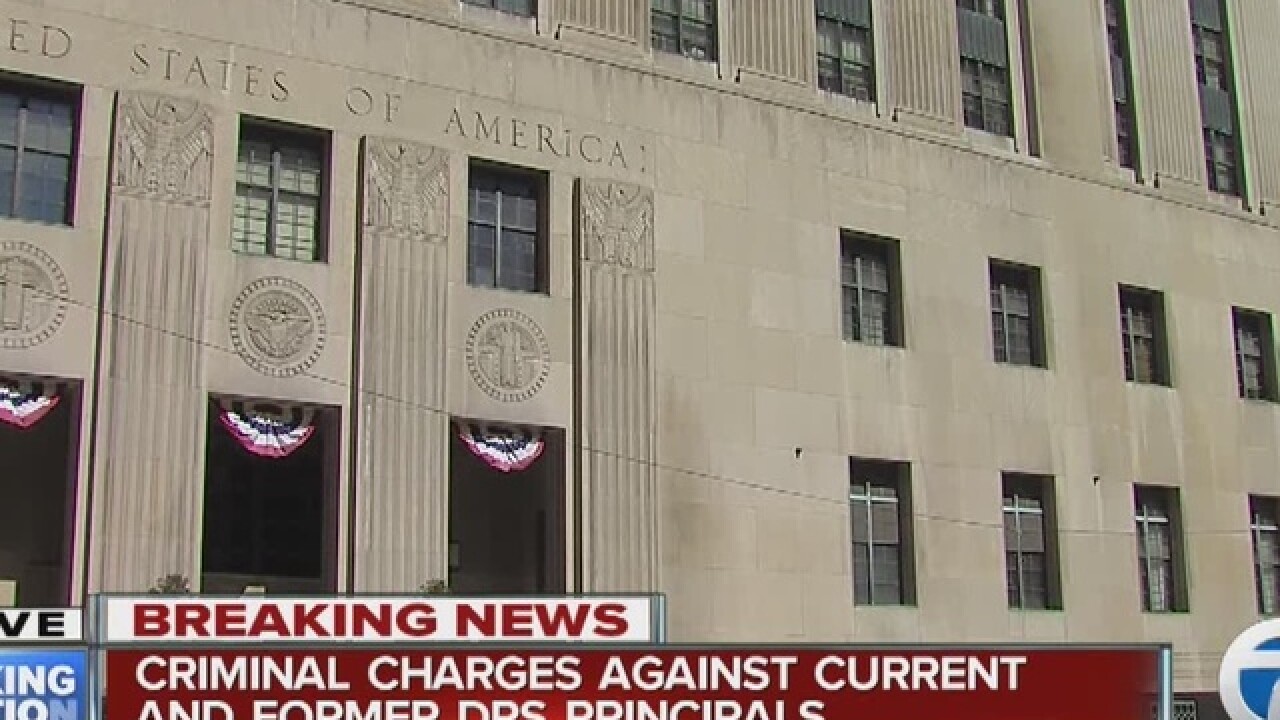 Many of the criminal complaints allege the defendants received thousands of dollars worth of kickback payments in dealings with the school supply vendor known as Allstate Sales.

The kickback payments for all of the defendants total more than $800,000. US Attorney Barbara McQuade said in a press conference that DPS suffered a loss of $2.7 million in the scheme.

View the Criminal Complaints Below: