Vacant Detroit building to be transformed 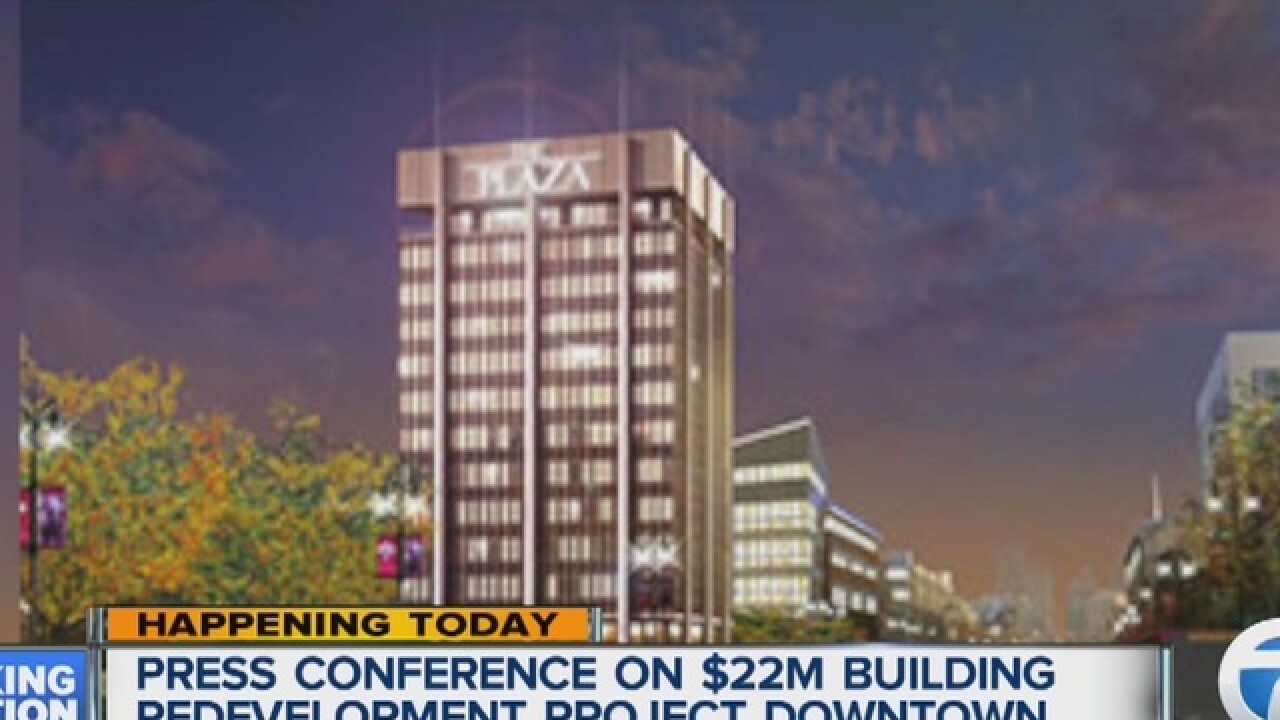 An empty office building will soon be apartments. It's an iconic structure once called the "Hammer and Nail" building.

After being vacant for a couple of years, it's being renovated into much needed residential space.

"If 10 years ago had said to them why don't you turn it into an apartments, where you can walk next door and do your shopping at the Whole Foods, they would've locked me up in the receiving psychiatric unit," Detroit Mayor Duggan said.

It was a medical office building formerly called the Professional Plaza building, but commonly known as the Hammer and Nail building with iconic neon signs, representing the carpenter's union that was headquartered there.

David Di Rita of the Roxbury Group said, "The building for a long time didn't get enough love as far as we are concerned."

The 12-story building was going to be demolished until the Roxbury Group stepped in.

James Van Dyke, also from the Roxbury Group, said, "As you can see it's a gutted building.  We are replacing everything."

The Plaza will have 72 apartments and 2,000 square feet of retail space, something officials say is much needed in the booming neighborhood.

"We are bringing high-rise residential to a district that already has Starbucks, Whole Foods the orchestra," Di Rita added.

If you're lucky enough to snag one of the penthouses, Van Dyke said, "You get a great skyline view to the south and it's kind of pulled back so you get a great perspective but the east west and northern view of the Fisher building are fantastic too."

The surrounding grounds is also getting a face lift, with landscaping and a private dog park.

Construction is expected to be competed early next year.