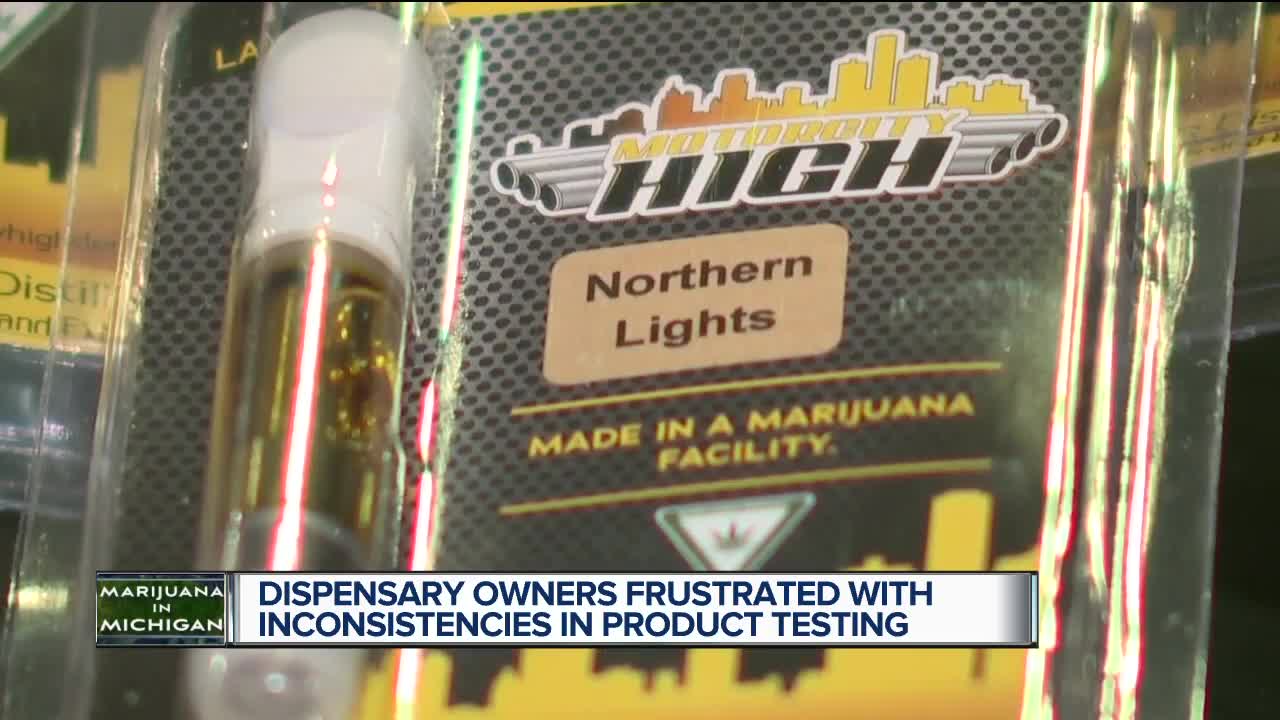 WALLED LAKE, Mich. (WXYZ) — After a massive marijuana vape cartridge recall earlier this winter, The Greenhouse of Walled Lake pulled all vape cartridges off the shelves. But recently, after getting a clean test on products from a state-sanctioned lab out of Ann Arbor, the state told them some of their vape cartridges had to be tossed out yet again.

The issue at hand is Vitamin E Acetate, an additive that health officials have linked to lung injuries.

Several products by Motor City High, carried at The Greenhouse, were flagged for recall, despite Millen showing Action News a clean test from PSI Labs, which reads "ND" for "Not Detected" when it comes to Vitamin E Acetate.

"We have about 500 of this brand still in stock. So I pulled them off. I’m not going to argue with the state or anybody that tells me something might be dirty. I’ll pull it off, I have no problem. The way it was handled is what I have a problem with," Millen told Action News.

"You told me to put them back on my shelf, which I did. At your urging, they’re back on my shelf. Now you’re telling me to take them off even though they passed testing because carts failed from another lab?”

Millen's frustration is with the lack of consistently in testing. He feels like his business is paying the price.

We reached out to LARA, the state's regulatory arm. A spokesperson said inconsistencies in testing can occur when products come from a caregiver. In this instance, he said the state is being cautious to ensure the safety of all patients.

If one batch is flagged, the state doesn't want to take any chances.

"We understand that businesses need to look out for their bottom line, but in situations like this — when marijuana product is brought into the regulated market via a caregiver — we must always err on the side of caution and put the safety of patients first. Vitamin E Acetate is a public safety risk and we can’t take any chance that these cartridges were cut with that prohibited product," LARA spokesperson David Harns told Action News.

"If you’re going to decide Lab A or Lab B is more proficient in testing, than you should have one lab have tested all the vape cartridges in the state," said Millen.