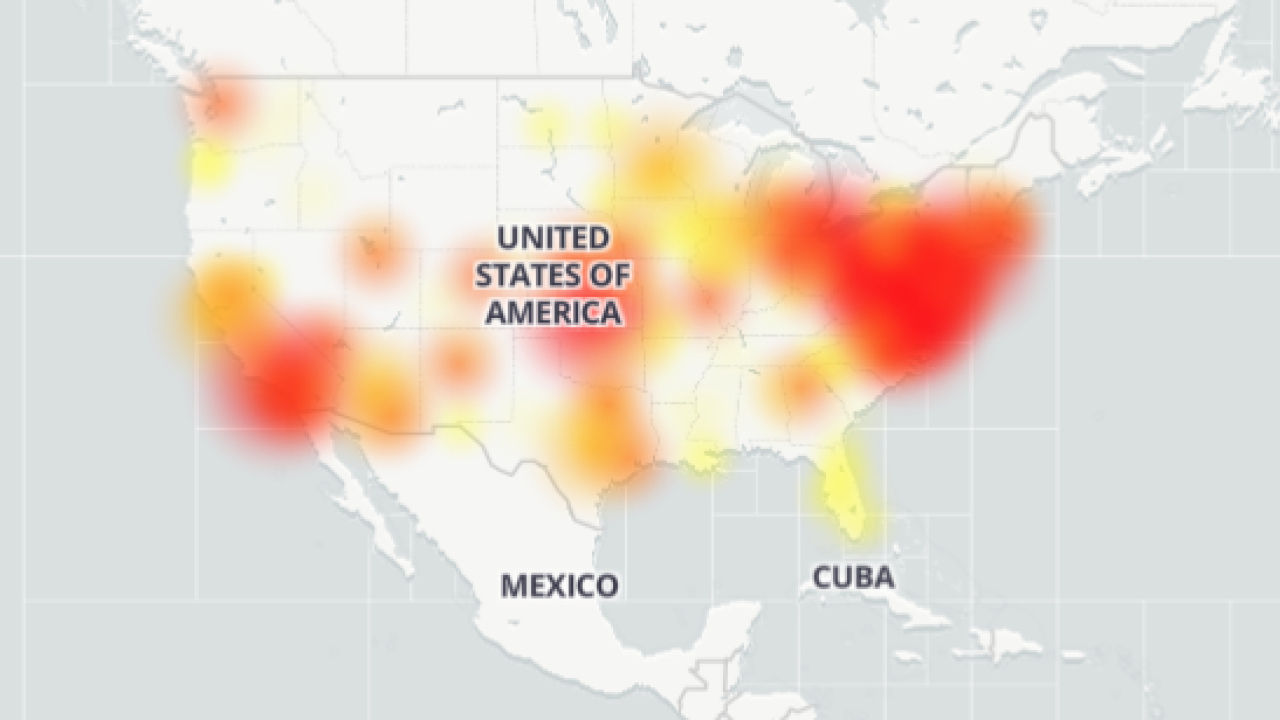 (WXYZ) — Phones should be back in order after Verizon experienced a nationwide outage overnight.

The company's outage map showed a large part of the country in the red, indicating a network outage.

In the comment section under the map, customers reported they were unable to make calls and were receiving a "circuits are busy" message.

Verizon released this statement Wednesday in response to the reported outage:

Overnight some wireless customers experienced a dialing error when placing calls from their wireless phone to a long-distance landline number. This issue was resolved at 6:30am ET. We apologize for any inconvenience.

The Reno Police Department tweeted earlier Wednesday morning that the company told them there was not an estimated fix time.

Verizon has advised us this is a nationwide outage and there is no estimated ETA for a fix. Remember, 9-1-1 is still for life-threatening emergencies only, or use https://t.co/mkW3p1kJR1 to report most past-tense crimes. Thank you! (2/2)

You can view the outage map here.