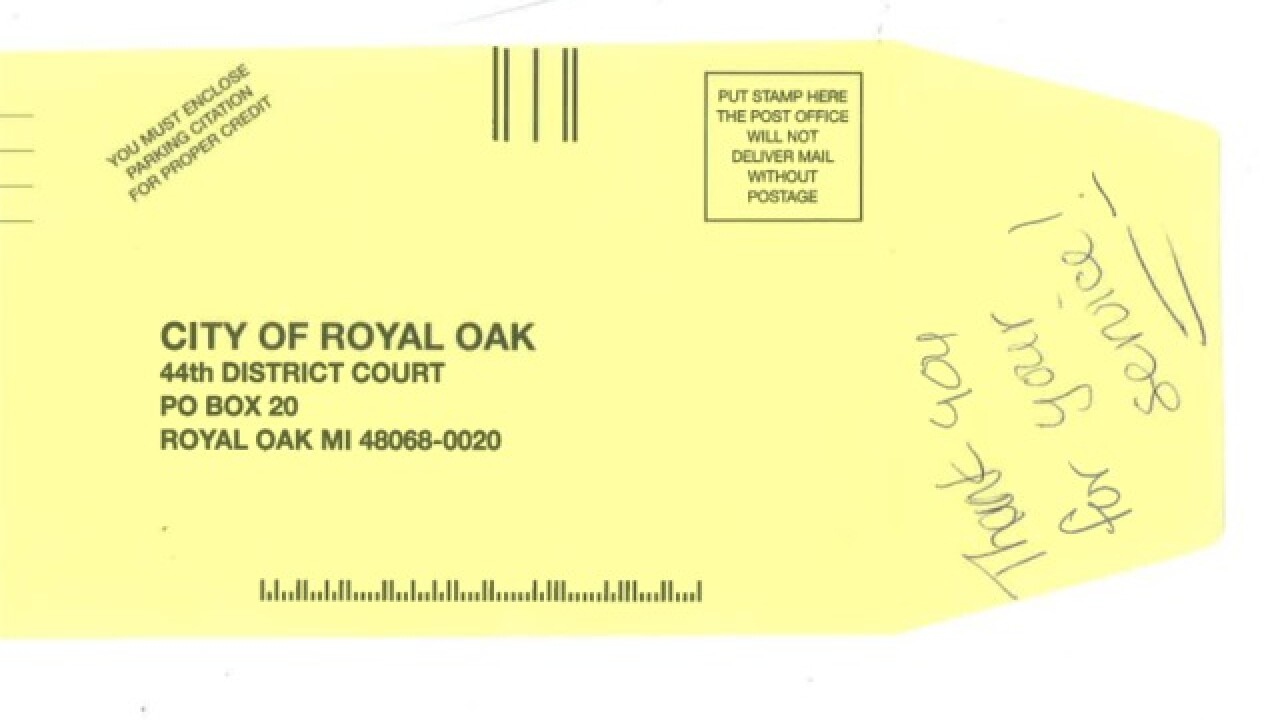 A local veteran returned to his car after dinner out in Royal Oak Thursday night to find the dreaded yellow envelope tucked under his windshield.

Earl Elliott, a Marine Corps Vietnam vet, retrieved the envelope, placed it on his front seat and planned to pay the ticket the next day.

When Elliott arrived to his office in Southfield Friday morning, he opened the envelope and instead of a parking ticket, he found a note that read: "Thank you for your service."

Elliott says the enforcement officer more than likely noticed the Marine Corp emblem on his license plate and decided to leave the kind note.