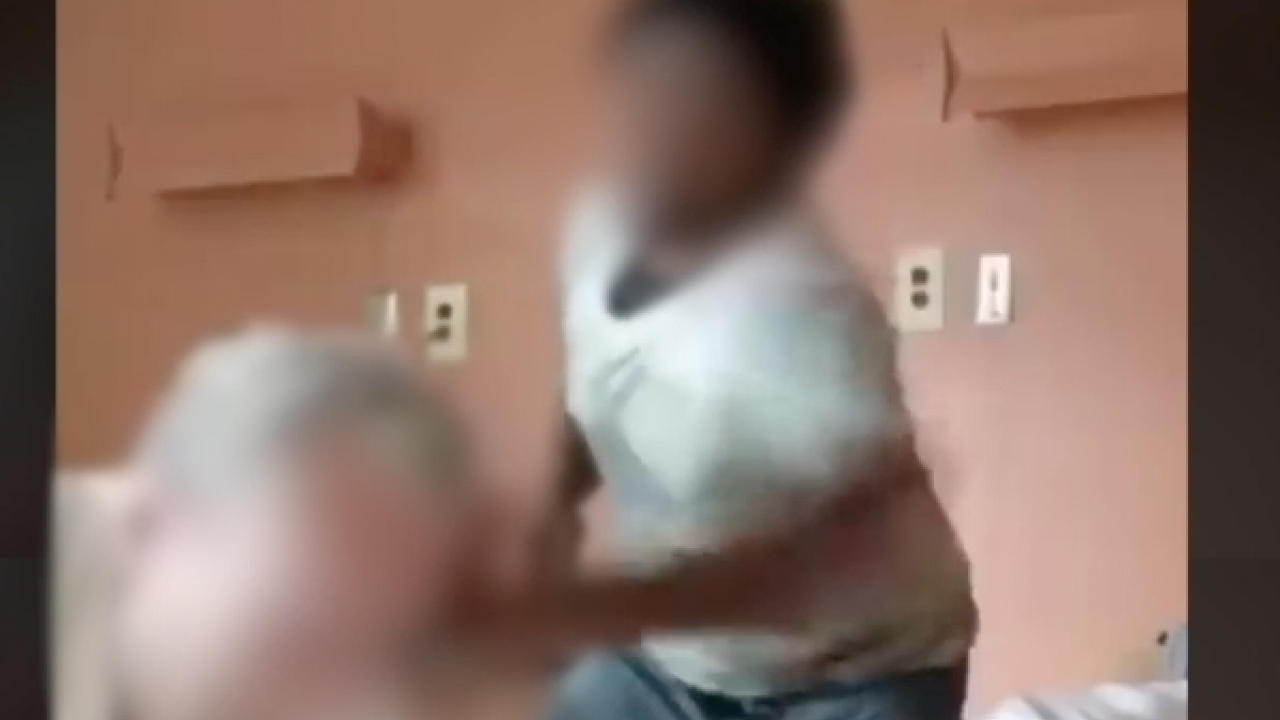 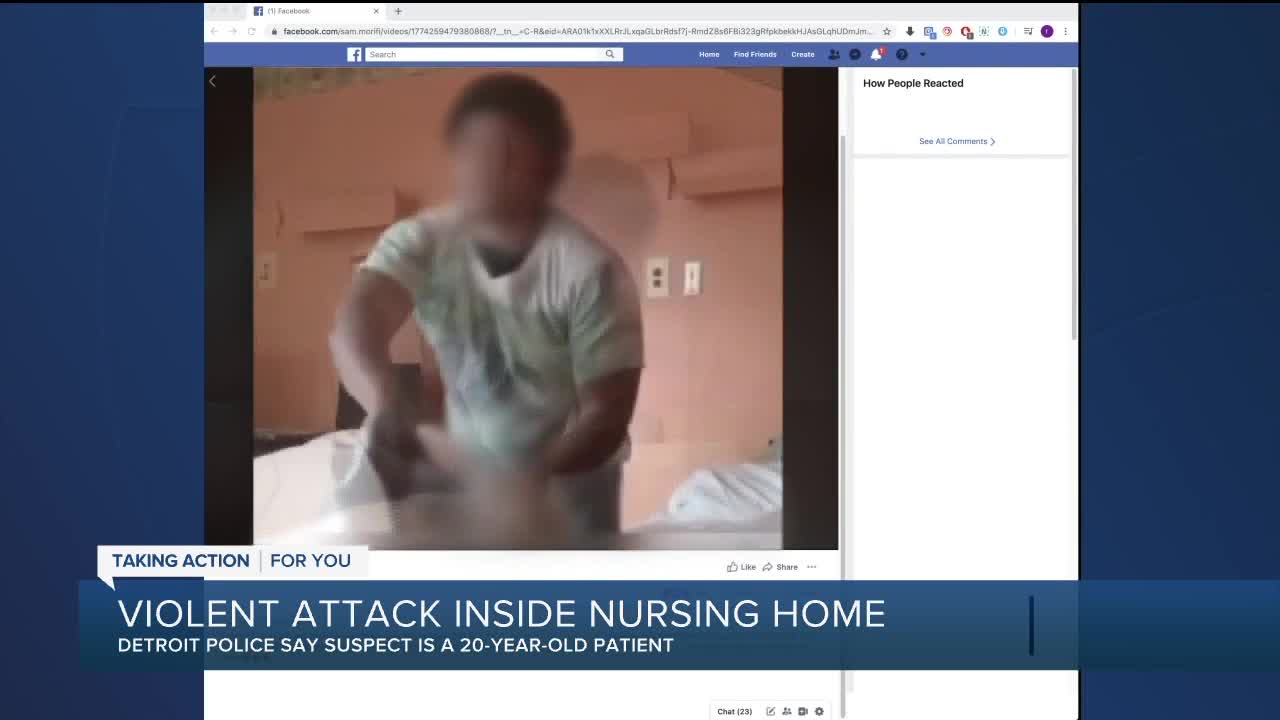 DETROIT (WXYZ) — It was a violent attack on a senior citizen inside a nursing home, and Detroit police say the much younger suspect is also a patient.

Police say the suspect is 20 years old, but it's unclear why he was being treated at the nursing center.

The incident happened on May 15.

It appears from the video, that the person who set up the phone to record the incident is the 20-year-old himself. Now, the video of the brutal assault on a 75-year-old man will no doubt be heartbreaking evidence.

With information from the person who shared the video, Detroit police were able to quickly determine where it allegedly happened – at Westwood Nursing Center in the 16500 block of Schaefer on the city's west side.

In the video, the person attacking the 75-year-old appears to be a fractin of the victim's age, and the young man can be heard telling the victim something about staying out of his bed.

The suspect's uncontrolled anger had Detroit police zeroing in on him quickly and at Westwood Nursing Center is where investigators found him Thursday.

It appears the suspect also posted another video showing the beating of a woman who is confined to a bed. Detroit police say they are aware of that second video and are also investigating that assault.

The nursing home and its administrators are still gathering information, conducting their own investigation, and cooperating fully with the police in their own investigation. We will issue another statement once we have gathered more facts regarding the incident. One thing we want to make clear, on the record, is that this incident did not involve a nurse or any other employee of the nursing home. The individuals involved were residents. The attacker in the video was turned over to the police around 11:30 a.m. this morning by the staff at the nursing home. He is not a long-term resident of Westwood, but he was recently admitted for recovery and rehabilitation purposes on a temporary stay. Westwood has been cooperating with the police and will continue to do so. The safety, health, and well-being of our residents remains a top priority of Westwood. We will continue to monitor the situation.

Until we receive more information, we will not be able to comment further on the matter at this time.