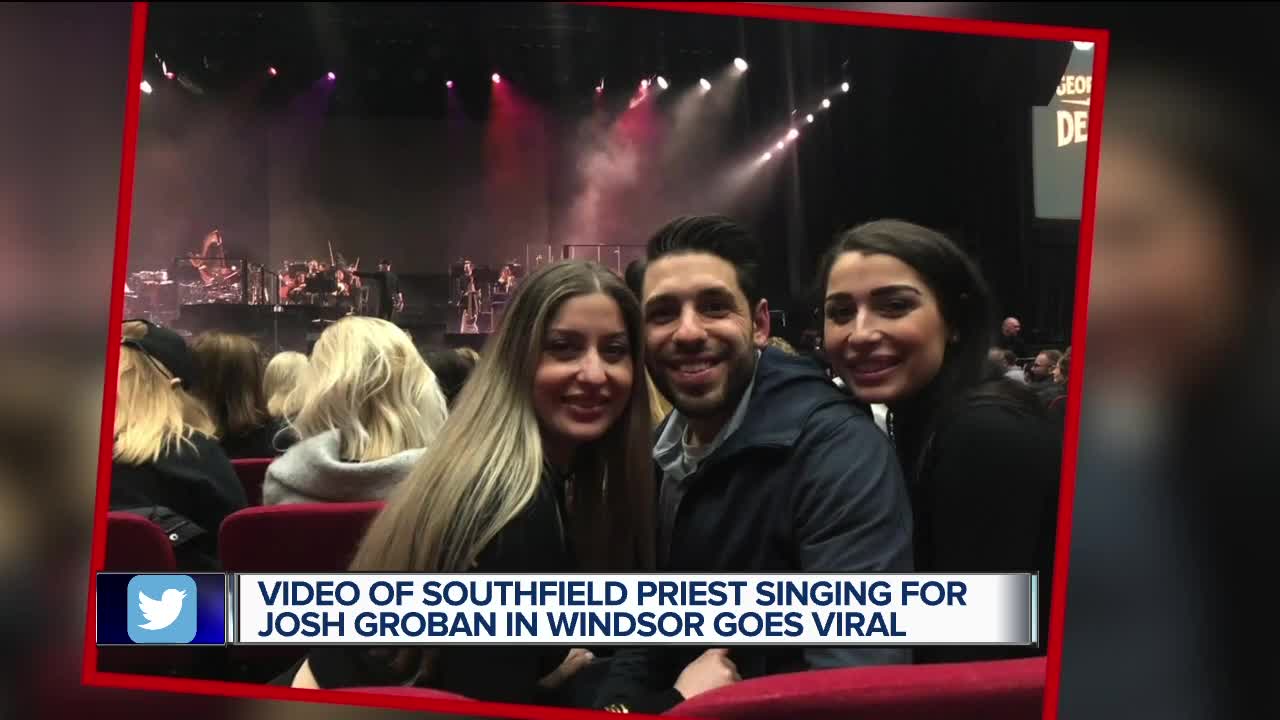 A Southfield priest has become a viral video superstar after video of him singing for Josh Groban hit the internet.

(WXYZ) — A Southfield priest gets a chance to sing for Josh Groban at a concert in Windsor Sunday. The priest is a huge fan and when his family surprised him with concert tickets, he prayed to get a chance to meet the singer.

Father Patrick Setto of the Mother of God Chaldean Cathedral in Southfield is seen singing at a Josh Groban concert.

He's a huge fan and was excited to learn the singer was touring with a stop in Windsor this past Sunday.

Setto's cousins Green and Lowrd surprised him with the tickets.

“We are going to the Josh Groban concert, you need to go get your passport," they told him.

“There is this prayer to the blessed Virgin Mary called the ’Memorare,'" Setto said. “And so I said it. I said, ‘you know what, I really want to meet him today, so Mary make this happen for me. So I said the prayer nine times and little did I know we we’re going to be in the ninth row and not only was I going to meet him but I was going to sing for him. Kind of a testimony of how prayer works.'”

At one point the singer started taking requests, that's when Father Setto and his cousins started screaming, saying that the Father could sing.

“I don’t know what came over me to do that,” Setto said. "I didn’t want to sound bad in front of Josh Groban.”

But he blew the star and the crowd away, bringing tears to his cousin's eyes.

Once it was all over, he wanted Josh Groban to know one more thing – that's he's a priest.

“(I) wanted the world to know that as a Catholic priest we are joyful, we love life, we love God,” Father Setto said.

He now has one last message for Groban: “You are a really humble man that really gave me an opportunity," he said. "You didn’t know what I was going to sound like but you still took that chance.”