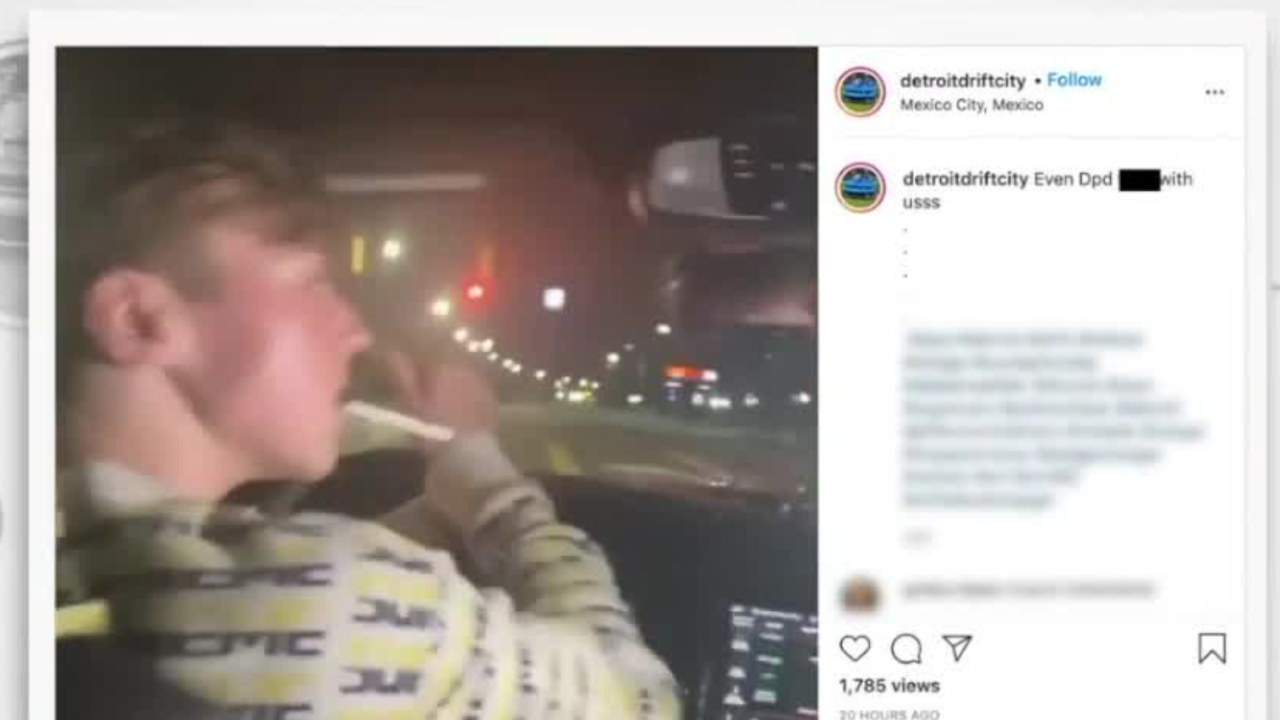 DETROIT (WXYZ) — A new video is turning heads and now has Detroit police investigating. It shows a driver doing stunts and drifting right in front of police cruisers!

Detroit is no stranger to stunt driving — we’ve seen large groups of stunt racers block off portions of freeways. But this appeared to be on a city street in Detroit right in from of the people that normally, you’d want to avoid when doing stunts like this.

A now deleted Instagram video starts off quiet but soon turns out to be anything but a peaceful night drive.

“Yo this looks pretty dead I’m not gonna lie…”

MORE: Video appears to show @detroitpolice officer giving a 👍 to the driver. I've reached out to the manager of this IG account for more details. DPD says it's aware of this video and looking into it. It doesn't appear anyone was hurt or any property was damaged @wxyzdetroit pic.twitter.com/6WNecr1Bin

So, this young driver livened it up a bit — seemingly unphased by the presence of what looks like two Detroit police cruisers on the street next to them.

Several seconds of burning rubber on a Detroit street, after which, the driver even asks police how he did.

“Was that good officer?”

We don’t hear the officer’s response, just a “thumbs up” after the show.

DPD says it is investigating the incident.

It was posted to the account “Detroit Drift City.” While this video is now gone, you’ll find others there of donuts and similar stunt driving.

We are still waiting to hear back from them. There are still a lot of unanswered questions — like if police were giving this driver the go ahead or encouraging them.

You may remember the man behind the wheel on I-94 last year doing donuts and stunt driving was sentenced to a year probation for it — so Detroit police have made clear in the past they won’t tolerate this.

From the video we saw — it doesn’t look like anyone was hurt or any property was damaged.

We’ll be following up with Detroit police on this and bring you the very latest as we have it.