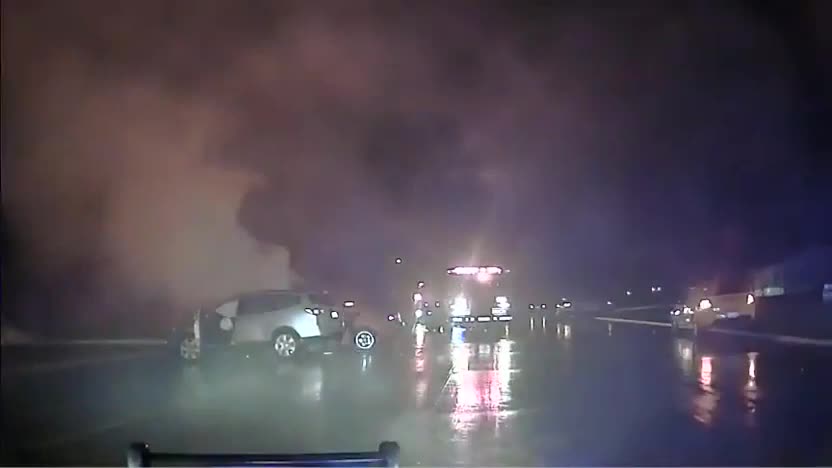 STERLING HEIGHTS, Mich. (WXYZ) — Sterling Heights police officers saved the life of a driver in a burning car on April 14.

In the area of Dequindre Road north of 17 Mile Road, officers were dispatched to a serious injury accident between a silver Chevy Traverse and a red Dodge Stratus.

The Dodge had caught on fire and the driver of the Dodge was thrown to the passenger side of the vehicle due to the impact of the collision.

Police say the driver was unconscious and not responding to the officer's commands at first. The doors of the Dodge were locked on the vehicle and the driver's side door had been crushed, but was partially forced open.

At first, the officers attempted to break the passenger window, but were unsuccessful, so they ultimately had to force open the driver's side door. As the door was forced open an officer grabbed the driver and carried him out of the vehicle and away from the burning Dodge Stratus. After being pulled to safety, the driver was then attended to by EMS personnel.

Since the accident occurred on the border of Sterling Heights and Troy, Troy PD took over the accident and investigation. The driver was investigated for Operating While Intoxicated.

"The Sterling Heights Police Officers involved in this incident not only saved the life of a driver in a burning car, but risked their own lives to save a suspected drunk driver," the police department said in a tweet. "We commend our officers for their bravery, and going above and beyond to save a person’s life!"