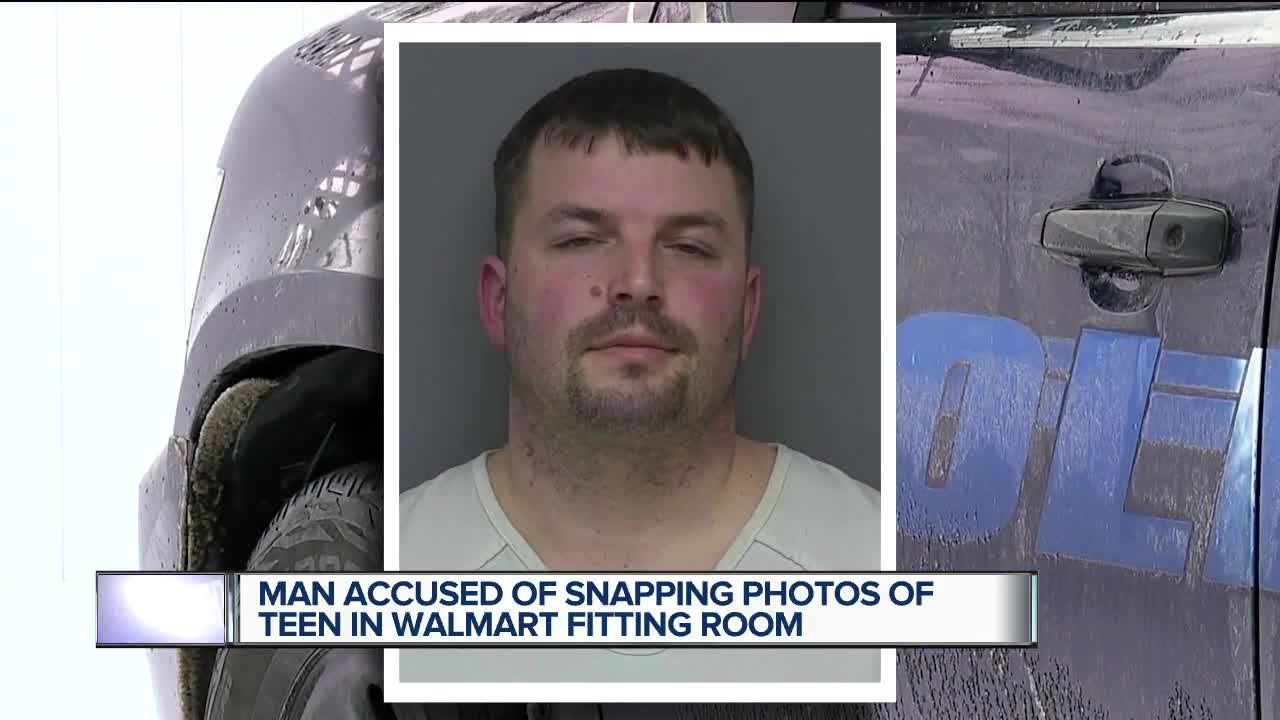 As a teen tried on clothing in a Walmart changing room she noticed something horrifying. A man was holding a cell phone under the stall taking pictures of her. Now police believe they have the suspect in custody.

FOWLERVILLE, Mich. (WXYZ) — As a teen tried on clothing in a Walmart changing room she noticed something horrifying. A man was holding a cell phone under the stall taking pictures of her. Now police believe they have the suspect in custody.

Fowlerville police have identified the man as 33-year-old Joseph Busha of Conway Township.

Police say the 15-year-old girl came to the Walmart in Fowlerville with her dad. They separated as they shopped. The teen didn’t realize that a man was following her and watching her. Then she decided to try on clothes. She spotted a cell phone being held under the stall, capturing images of her.

Fowlerville Police Chief John Tyler says police responded, reviewed surveillance video and didn’t just see the man. They saw him then make a purchase with a credit card identifying him.

In February, when officers executed a search warrant at the suspect's house, he pointed a gun with a laser site at police.

“Luckily he dropped the gun before things got out of control,” Tyler said.

Now Busha is charged with felonious assault, capturing or distributing an image of an unclothed person and using a computer to commit a crime. Police say what they found on his phone is concerning.

“We did see some other images on there," Tyler said. "We are working to determine who they are and the ages. It is going to be a lengthy investigation, downloading everything."

7 Action News dug into Busha’s past. We found no sign of any criminal history. Former co-workers say he is an electrician.

Superintendent Roedel said if any parent witnessed anything inappropriate they should report it. Police are calling for the same.

“If there is other people involved, come forward and talk to us," Tyler said. "We will keep it discreet and try to find justice."