VOTE: Should the Inspector General share details of a whistleblower complaint? 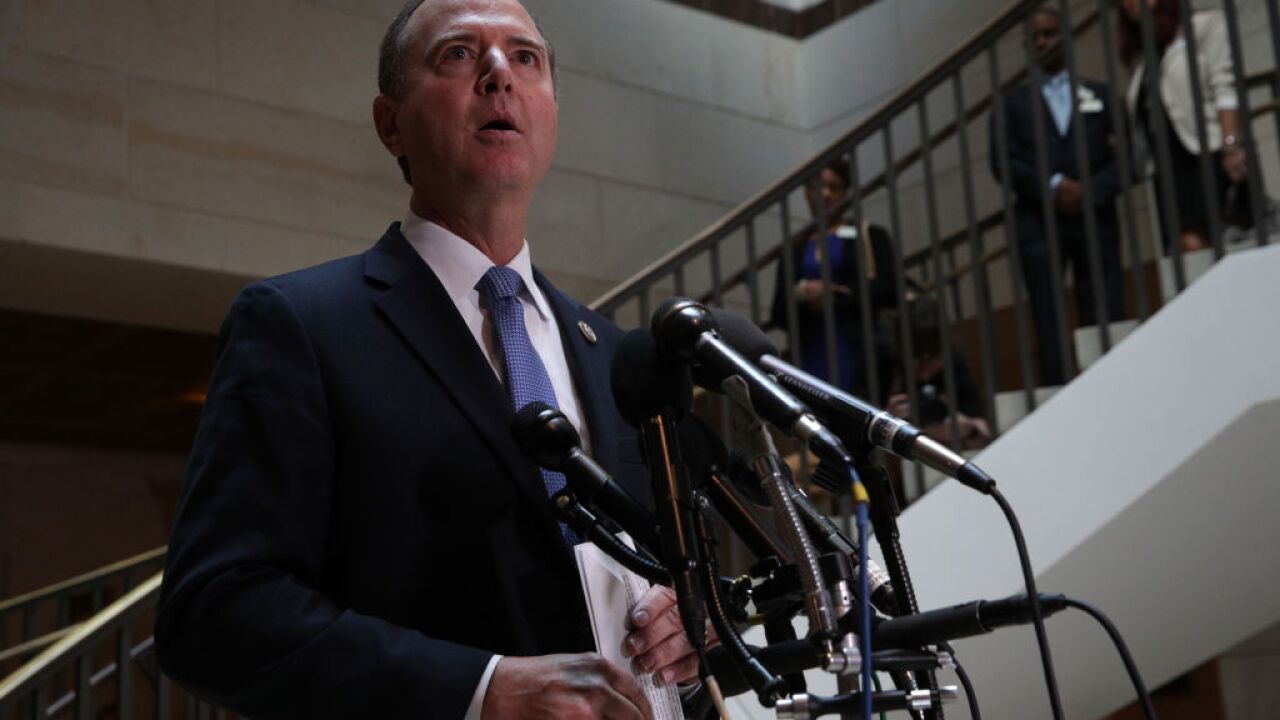 Alex Wong/Getty Images
WASHINGTON, DC - SEPTEMBER 19: Committee Chairman Rep. Adam Schiff (D-CA) speaks to members of the media after Intelligence Community Inspector General Michael Atkinson met behind closed doors with the House Intelligence Committee at the U.S. Capitol September 19, 2019 in Washington, DC. Atkinson was on the Hill to discuss a whistleblower complaint regarding a phone conversation between President Donald Trump and a foreign leader. (Photo by Alex Wong/Getty Images)

(CNN) — The inspector general for the intelligence community has been unwilling so far to share details of the controversial whistleblower complaint that is at the center of a dispute between the director of national intelligence and Congress, as he answers questions behind closed doors in an ongoing intelligence committee hearing on Thursday, according to multiple sources.

VOTE: Should the Inspector General share details of a whistleblower complaint?

Inspector General Michael Atkinson has been telling the committee that he is not allowed to provide details of the substance of the complaint because he was not authorized to do so, the sources said. He is discussing the process for his handling of the whistleblower's concerns.

The briefing was described in advance by Chairman Adam Schiff as focusing on the "handling" of the complaint. But lawmakers have been pressing for details nonetheless, though their efforts have so far gone unanswered.

The inspector general does not have the authority to discuss the details of the complaint with Congress because acting Director of National Intelligence Joseph Maguire has not shared the actual report with the committee and has apparently not otherwise authorized Atkinson to share those details.

The intelligence whistleblower act does not allow for details to be provided until the actual complaint has been given to Congress, CNN legal contributor Steve Vladeck explained.

Democrats contend the DNI is violating the law, something the office disputes.

A communication between President Donald Trump and a foreign leader prompted the whistleblower complaint, a source familiar with the case told CNN.

The concern was first revealed by The Washington Post, which reported that an official in the American intelligence community was so bothered by a "promise" Trump made to a foreign leader that the official filed a formal whistleblower complaint with the inspector general of the intelligence community, citing two former US officials familiar with the matter. CNN has not independently confirmed the detail about a "promise" made to the foreign leader.

The source who spoke to CNN would not disclose the foreign leader with whom Trump was alleged to have spoken.

The Office of the Director of National Intelligence declined to comment. The White House has not responded to CNN's request for comment.

The President dismissed the reporting on Thursday morning, rhetorically asking if there is "anybody dumb enough to believe" it.

"Virtually anytime I speak on the phone to a foreign leader, I understand that there may be many people listening from various U.S. agencies, not to mention those from the other country itself. No problem!," he tweeted.

"Knowing all of this, is anybody dumb enough to believe that I would say something inappropriate with a foreign leader while on such a potentially 'heavily populated' call. I would only do what is right anyway, and only do good for the USA!" Trump said.