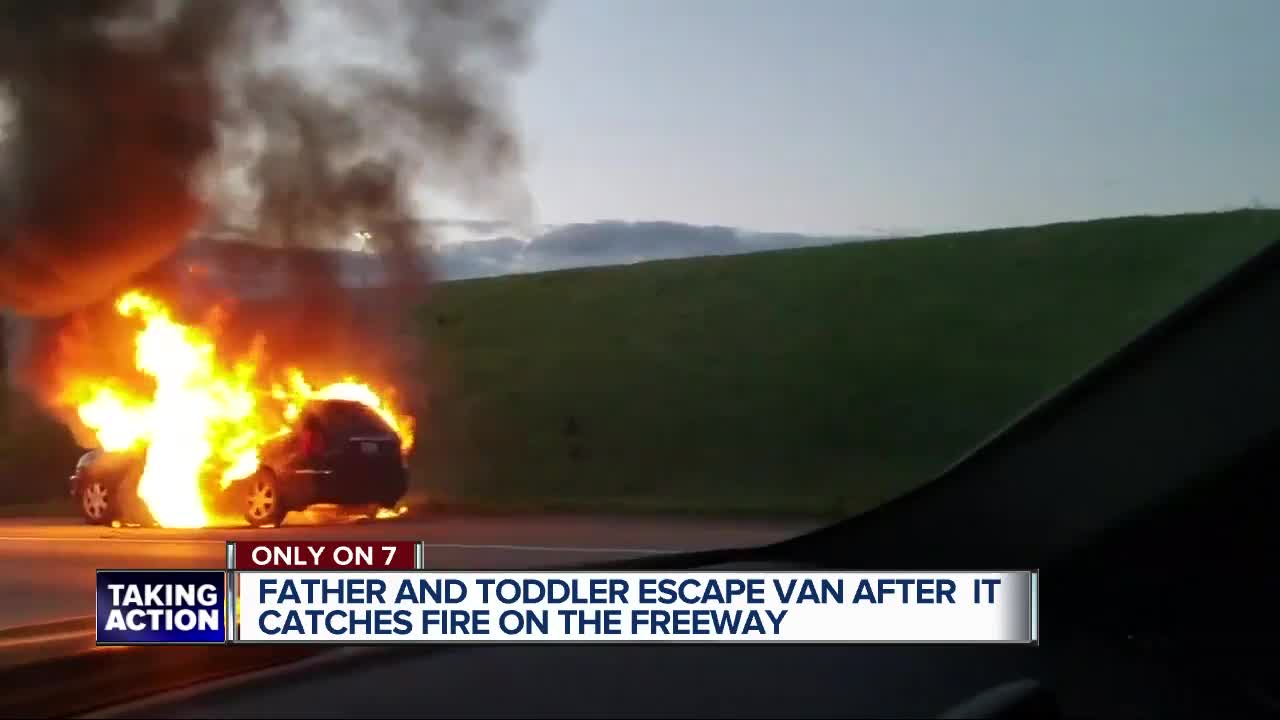 A dad is sharing his terrifying story to protect other families. He says he was driving down the interstate when suddenly his vehicle caught fire, putting he and his son at risk.

WARREN, Mich. (WXYZ) — A dad is sharing his terrifying story to protect other families. He says he was driving down the interstate when suddenly his vehicle caught fire, putting he and his son at risk.

Fortunately, they were able to escape just in time.

The Warren father says he was driving down I-696 when suddenly he saw smoke coming from underneath his hood. He pulled over.

“I popped my hood to find a 2- to 3- foot flame emitting from my engine,” said Joseph Pavlizke.

His first thought was to grab his 2-year-old son who was in the back seat. With adrenaline coursing through his veins, he could not get him out of the car seat. He then broke the car seat to free him.

“Within 10 minutes the entire car was engulfed,” Pavlizke said. “If I didn’t get my son out in that first minute, I don’t know if he would be here today.

He says he learned a tough lesson as his vehicle, which had minimum insurance coverage, burned. He says to save money as he works to make ends meet for his family, he tried to fix a malfunction in the exhaust manifold on his own. He says he believes that led to the fire.

Pavlizke says he wishes he had left the work to a professional.

The dad suffered burns to his hand and his 2-year-old suffered smoke inhalation.

Pavlizke is now struggling to replace all his children’s carseats and his vehicle that had minimum insurance coverage.

He just started a new job and is struggling to get financing for a new vehicle. He is hoping someone sees this story and lends a helping hand.

You can donate at https://www.gofundme.com/family-in-need-of-the-transportation-and-car-seats.